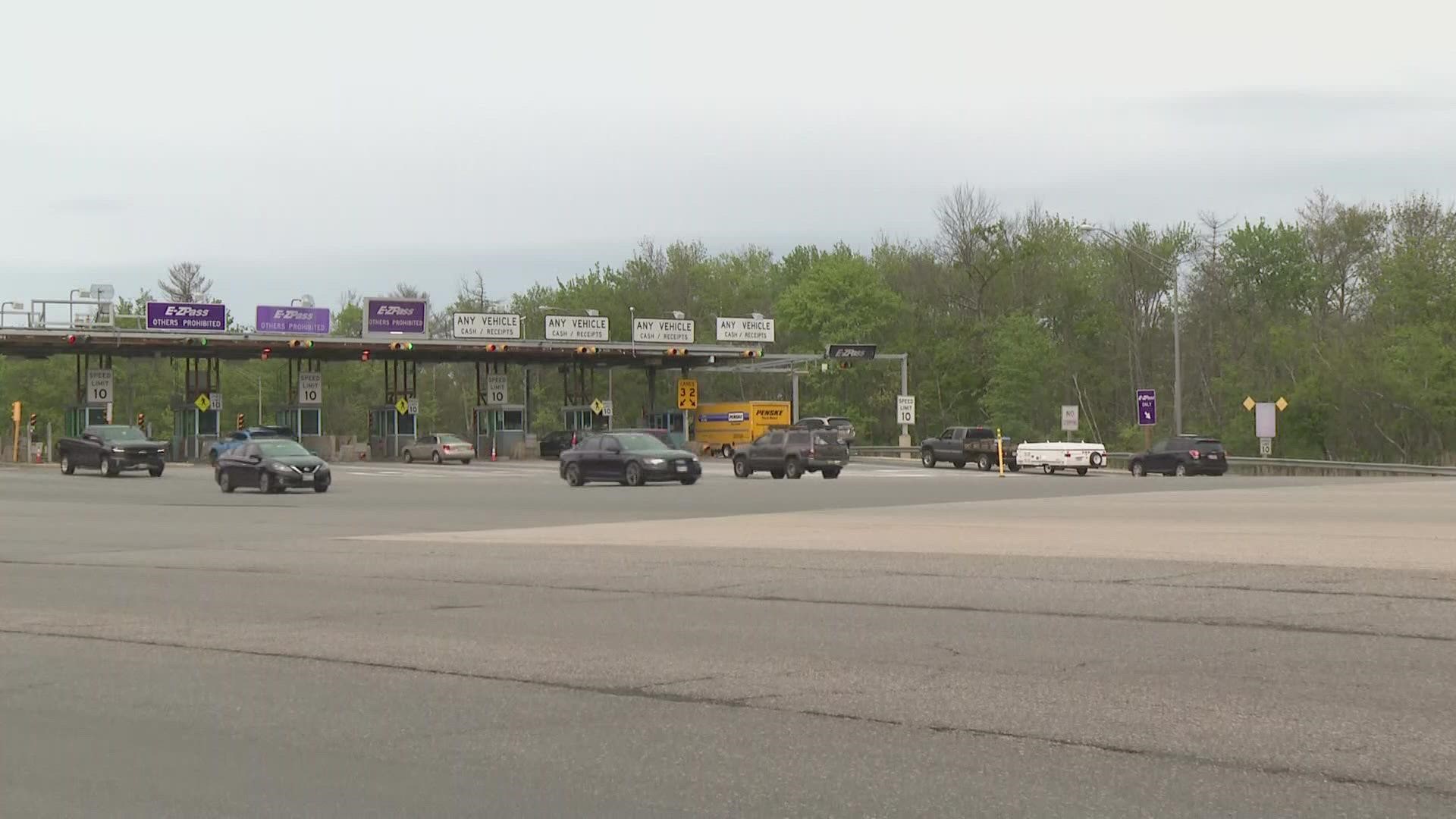 In comparison to the MTA’s record-breaking year in 2019, traffic for the four-day period is expected to be down slightly, by about 3%, according to a release.

The MTA said peak traffic volumes and times are as follows:

Saturday is expected to be the busiest day of the weekend, according to the MTA.

This year, Labor Day also marks the end of the tradition of Turnpike employees saying "thank you" and "so long" to southbound travelers at the York Toll Plaza. With the new toll plaza at Mile 8.8 slated to open in mid-September, this is the last Labor Day where travelers will be stopping to pay their tolls at the existing location.

Turnpike representatives — including a return of “Miles the Moose,” the Turnpike’s costumed mascot — will take advantage of slowed traffic at the toll plaza to give away thousands of Maine-made parting gifts: bottles of Poland Spring Water and Wicked Whoopies whoopie pies.

“We’ll start handing out our Maine-made treats as soon as traffic builds up enough that we aren’t slowing motorists down. That will likely be around 10 AM on Labor Day,” Erin Courtney, public outreach manager for the Maine Turnpike Authority, said in Friday's release. “This is always a fun thing for us to do. We really do appreciate our customers and we’re so glad we get one last chance to do this down at York.”

Courtney said not only do out-of-state visitors have such a major impact on Maine’s economy, but their tolls also account for about two-thirds of the Turnpike’s annual revenue.

According to the MTA, the new tolling facility will feature six, highway-speed E-ZPass center lanes, three in each direction, with overhead, open-frame gantries equipped with electronic toll-collection technology that complete automatic tolling transactions.. The new toll plaza will also have nine cash lanes with tollbooths: four northbound and five southbound.

The MTA said traffic through August 2021 is up 22 percent compared to the same period in 2020. Through August 2021, MTA has recorded over 55.3 million transactions, although in 2019, that figure was 56.5 million, according to Friday's release.