Jackknifed tractor-trailer causing delays on I-295 in Falmouth 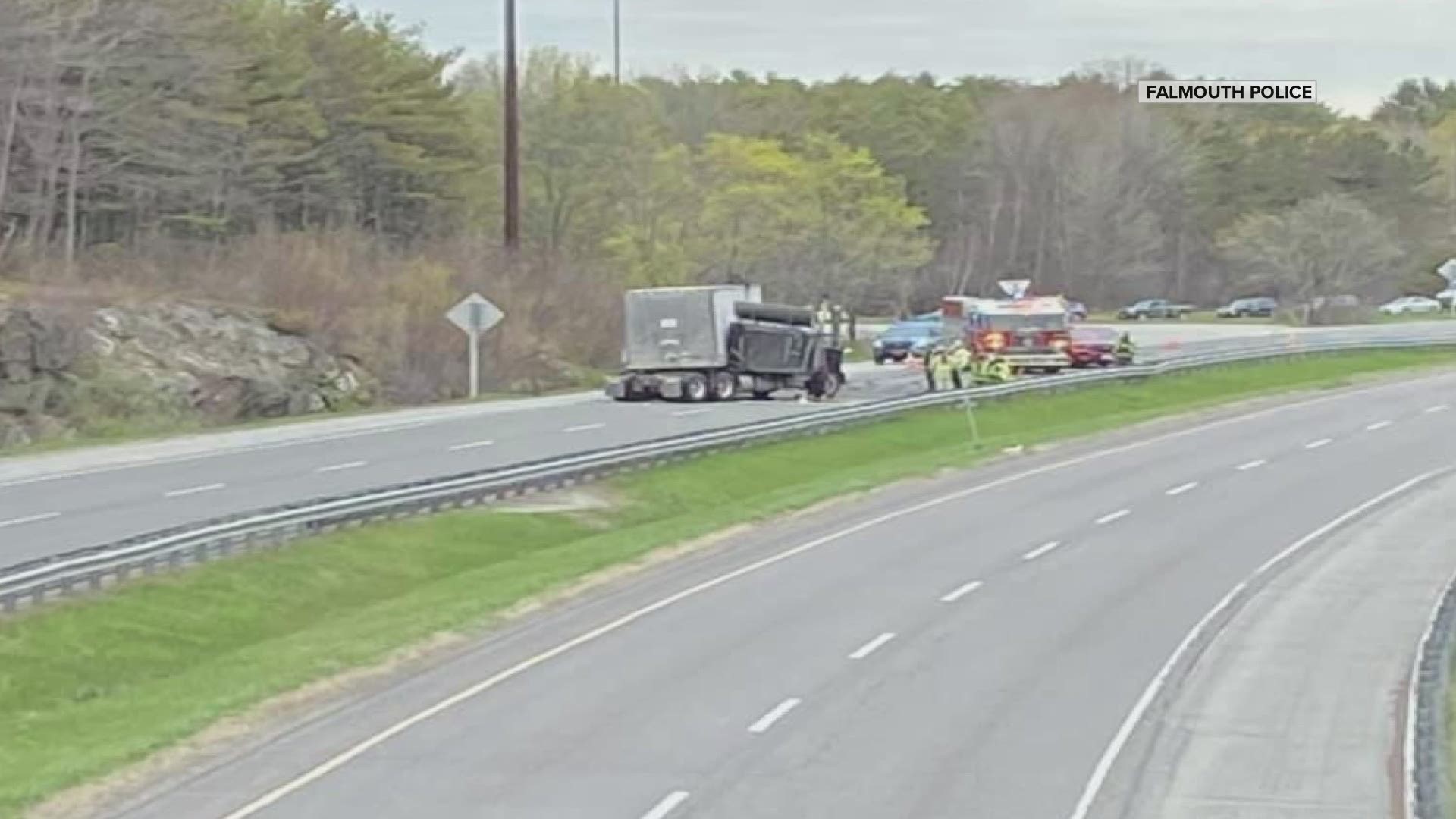 FALMOUTH, Maine — A tractor-trailer that jackknifed on Interstate 295 is causing delays in Falmouth, according to Falmouth public safety dispatch.

A dispatcher said it happened at mile 11 in the northbound lanes. The Falmouth Fire Department is at the scene, as well as Maine State Police, according to dispatch. There is also a wrecker at the scene.

According to Maine Department of Public Safety spokesperson Shannon Moss, the crash happened around 1 p.m. on Monday. A Maine State Police Trooper was driving south on I-295 and noticed the tractor-trailer start to brake and jackknife, blocking both lanes and bringing northbound traffic to a stop.

According to Moss, witnesses at the scene said the crash happened when a car merging onto I-295 without yielding to the truck, causing Philbrick to brake and subsequently jackknife. No other vehicles were involved in the crash, Moss said.

I-295 in the area of mile 10 was shut down for about one and a half hours due to a large amount of fuel spilling from the ruptured fuel tanks. Traffic was diverted to Route 1.

One lane of traffic was open as cleanup continues in the left lane, Moss said, before reopening to two-lane traffic around 5 p.m.

Anyone who witnessed a black sedan that entered I-295 just before the accident is asked to contact Trooper Connor Willard at 207-624-7076.

Troops B and K as well as Falmouth fire and police departments, Maine Dept. of Environmental Protection, and Maine Dept. of Transportation assisted at the scene.