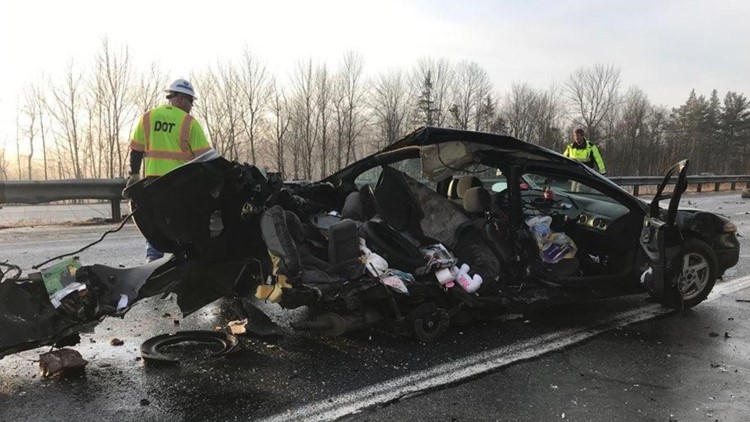 Driver hits black ice on I-95 in Waterville, spins sideways into other vehicle

WATERVILLE, Maine — The Waterville Fire Department said two people are injured after black ice caused one vehicle to go sideways into another.

The crash happened around 6:30 Tuesday morning.

According to the Waterville Fire Department, a woman driving a car was merging onto I-95 southbound via Exit 127 when she hit black ice, went sideways, and was hit by a pickup truck.

Both drivers were taken to a local hospital with non-life threatening injuries.

The two drivers were the only people in the vehicles.