Van Buren Police Chief Mike Bresett is in surgery after being hit by a car while tending to a multi-vehicle accident during whiteout conditions Tuesday. 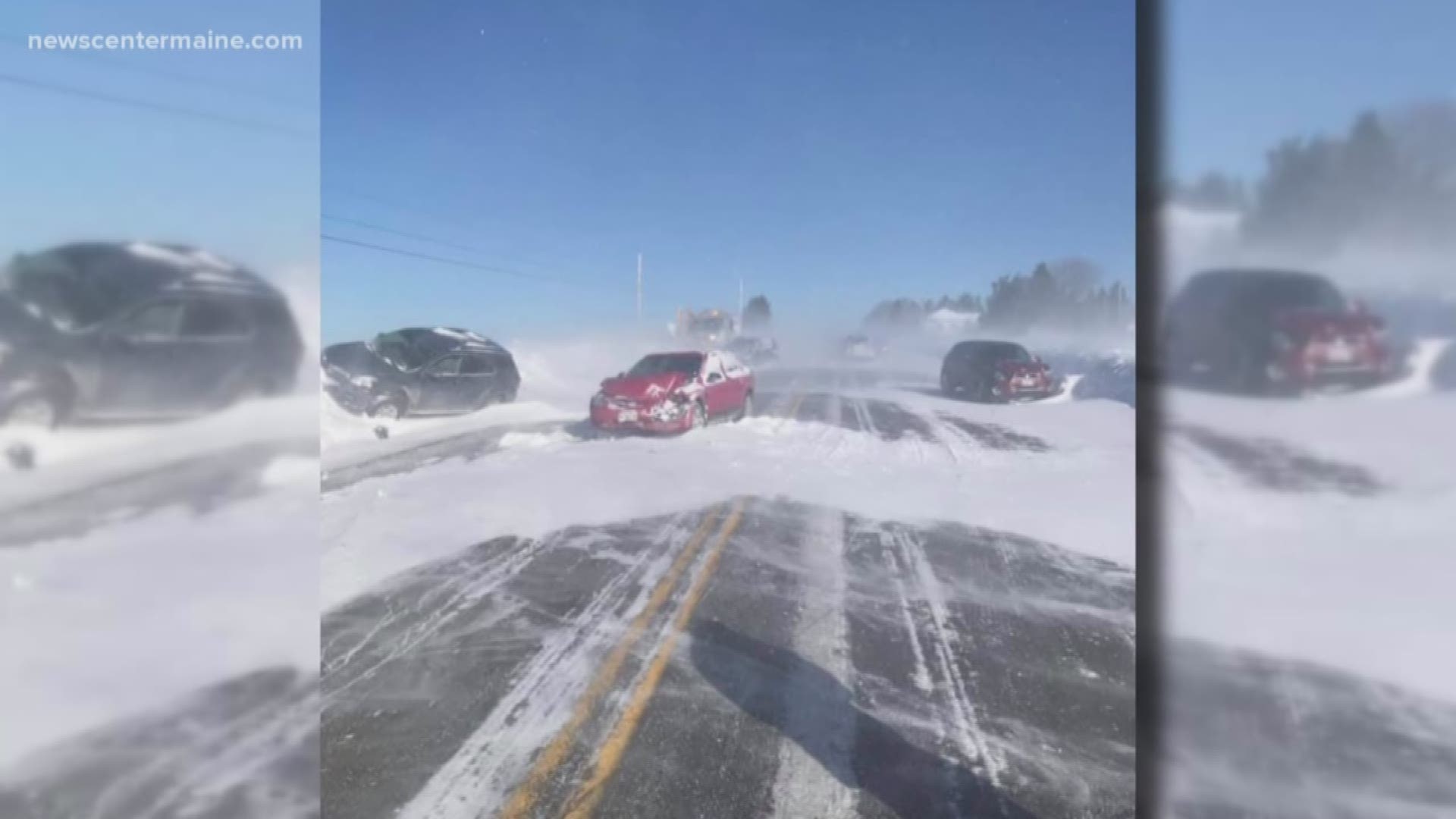 Van Buren Police Chief Mike Bresett is in surgery after being hit by a car during whiteout conditions Tuesday. Van Buren Police say Bresett was outside his car on Van Buren road tending to a multi-vehicle accident when he was hit, suffering multiple broken bones.

11 vehicles, including two Maine plow trucks, a Van Buren police cruiser, seven cars, and a pick-up truck, were involved in this crash in Cyr Plantation, just south of Van Buren, according to Maine State Police.

Bresette and another DOT operator were struck and injured at the scene. The Van Buren Ambulance Service brought the injured (including any hurt drivers) to the Cary Medical Center in Caribou for treatment. Some people were treated and released, and others are still being treated.

Route 1 in northern Aroostook County was closed for several hours Tuesday morning, Jan. 22, because of the whiteout conditions, caused by blowing snow.

Police in Aroostook County say as soon as plows clear the roads of snow, the wind blows the snow right back again.

In Fort Fairfield, police say Forest Avenue and Dorsey Roads are almost impassable because of the snow drifts.

Police say Public Works crews are doing their best to keep roads cleared, but no sooner is their work done than the wind undoes all of their progress. The Aroostook County Sheriff is advising all residents of the county to avoid travel Tuesday.

This crash remains under investigation.