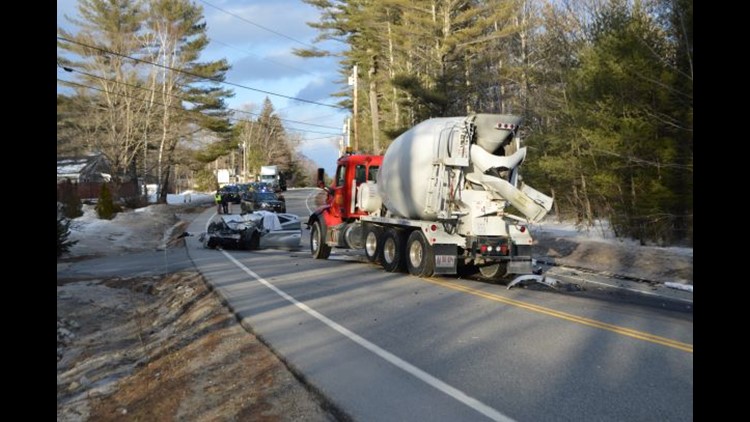 A 2016 Peterbilt Cement Mixing Truck owned by Auburn Concrete was traveling east on Route #202 when a passenger car crossed the center line striking the truck, head-on.

The concrete truck was operated by 53-year-old Kevin Daoust of Fayette, Maine. Daoust was not injured in the crash.

The other vehicle involved is a 2001 Toyota Celica, operated by 39-year-old Wendy Perkins of Standish. Wendy Perkins was pronounced dead at the scene. Perkins was not wearing a seat belt. Next of Kin has been notified.

A male passenger, Gerald Roesoner, 32, of Portland was transported to the Maine Medical Center with serious injuries.

The crash is being reconstructed by the Sheriff’s Office Reconstruction Team.