The victim of the crash is a 26-year-old woman from out of state. Driver Brandon McRae, 29, of Augusta and another male passenger were seriously injured. 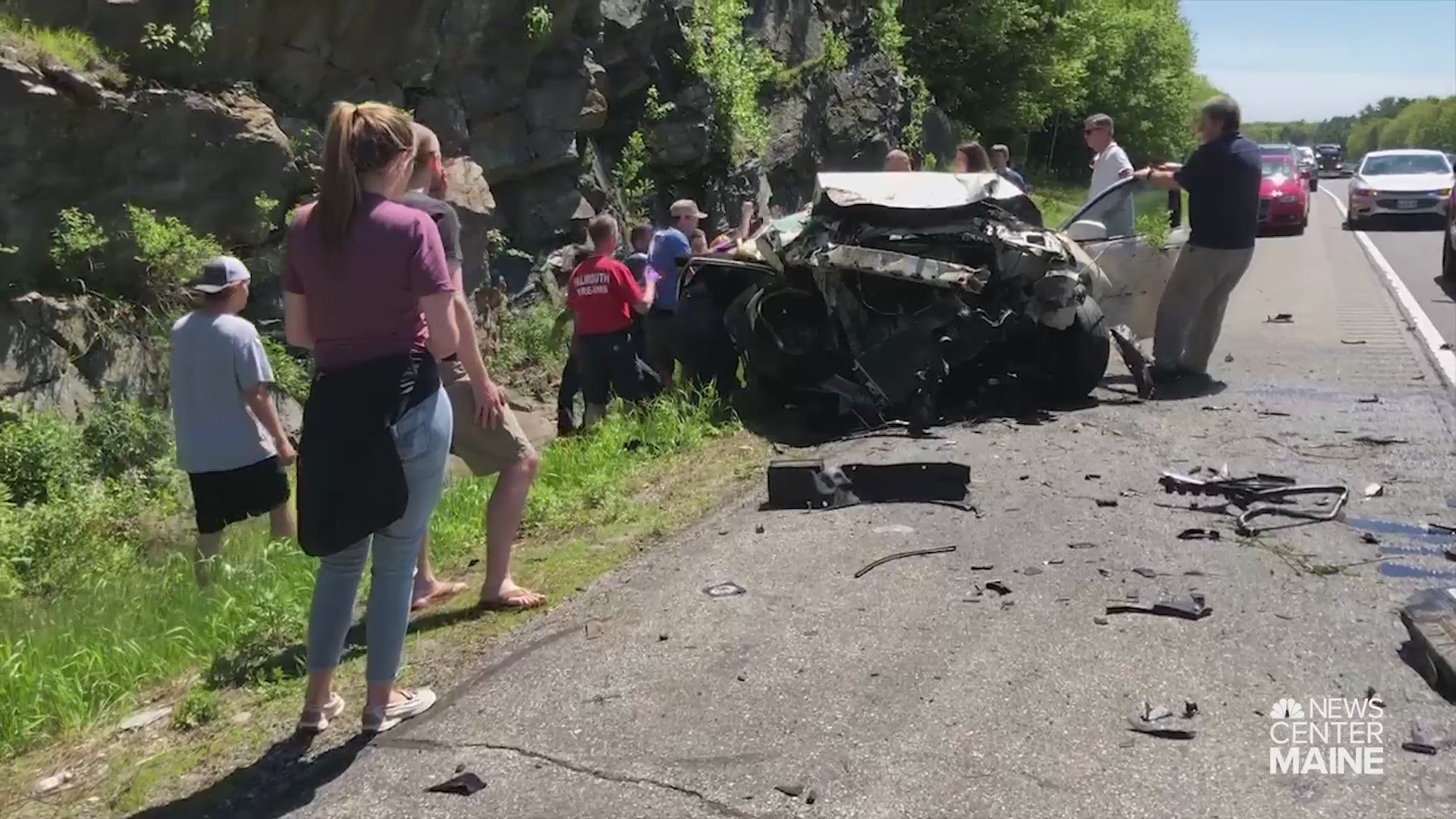 FALMOUTH, Maine — Police have released more information regarding the victims in Friday afternoon's crash along Interstate 295 North in Falmouth.

Maine's Public Safety spokesperson Steve McCausland has confirmed that a young woman was killed and two men were seriously injured in the crash, which closed an eight-mile stretch of roadway.

The single-car crash happened around 2 p.m. on June 7 when the car left the road and slammed into rock ledges along the highway. The impact ripped the car's engine from its frame, and it landed on the road.

No other vehicles were involved. Witnesses noticed several Good Samaritans immediately after the accident trying to open the car's doors to help those inside.

McCausland said the name of the victim is being withheld as next of kin are notified. She is 26 years old and is from out of state.

Troopers said the driver was Brandon McRae, 29, of Augusta. He and a second passenger were taken to Maine Medical Center in Portland.

McCausland said the second passenger's name will be released later.

Other drivers reportedly told troopers that McRae's car was speeding and driving erratically just before the crash.

McCausland said the District Attorney's Office will be consulted on potential charges against McRae.

Drivers were alerted by the Maine Turnpike Authority to expect major delays in the area of mile 10. Maps showed traffic backed up several miles in both directions, from exits 9 in Portland to 15 in Yarmouth.

Northbound motorists were directed to leave I-295 at exit 9 for Route 1, with the ability to re-enter at exit 15 in Yarmouth.

Traffic was affected in the area through the evening commute until it cleared around 6 p.m.