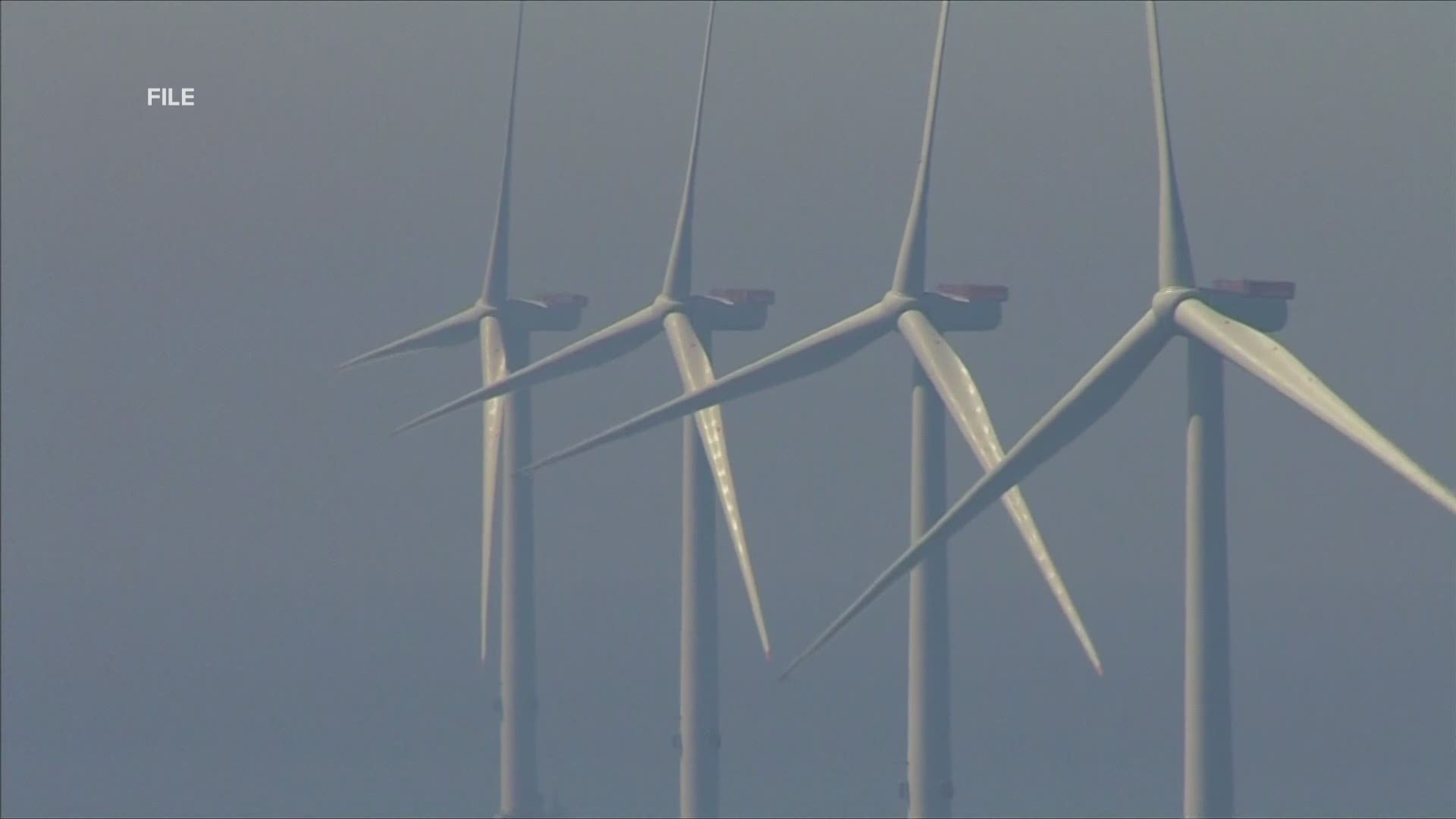 ORONO, Maine — The University of Maine's Advanced Structures and Composites Center's 3D printer will be put to use over the coming months as the school was awarded $2.8 million from the U.S Department of Energy Office of Energy Efficiency and Renewable Energy to develop rapid, low-cost wind blade molds.

“It takes industry, university, and government to move the needle, especially when you’re moving the needle in this magnitude.” Executive Director of the Advanced Structures and Composites Center Habib Dagher said.

According to a University release, molds and tooling for large blades can cost upward of $10 million. The time to market of 16–20 months stifles innovation in this growing market.

“And (this will) accelerate the pace in which we build tooling for these massive structures," Steve Noltet, the Senior Director of innovation and technology of TPI Composites said.

TPI Composites, Oak Ridge National Laboratory,  and Siemens Gamesa are also partnering with the university on this project.

“If anybody can do it, it’s the team that’s been assembled here so I’m really excited to work with everybody," Dagher added.

The team will begin the three-year project when it signs its contract with the Department of Energy next month.

The 3D printer in Orono has been used before since its unveiling in 2019, printing a boat, but the machine was actually designed for this wind blade mold work.

“Wind blade tooling is a perfect application for using this giant machine, the biggest machine in the world of its kind," Senior Program Manager James Anderson said. “In theory, we could print the boat in a day, and the wind blade section might be one or two days rather four or five or six days.”

Nolet mentioned the materials used in building the molds will be made from resin from Maine's forests and not synthetic fibers.

“It not only is environmentally sound, it not only is economically lower in cost, it can have an impact on the future in wind energy," he added.

Nolet, whose company produces approximately 18% of the world’s wind blades, said around 100,000 jobs are supported in the industry and with this digital 3D printing technology, those numbers could grow as the U.S. can become a world leader in wind and renewable energy.