The University of Maine broke three world records when it unveiled a 25 foot, 5,000-pound patrol boat created in 72 hours by its 3D printer. 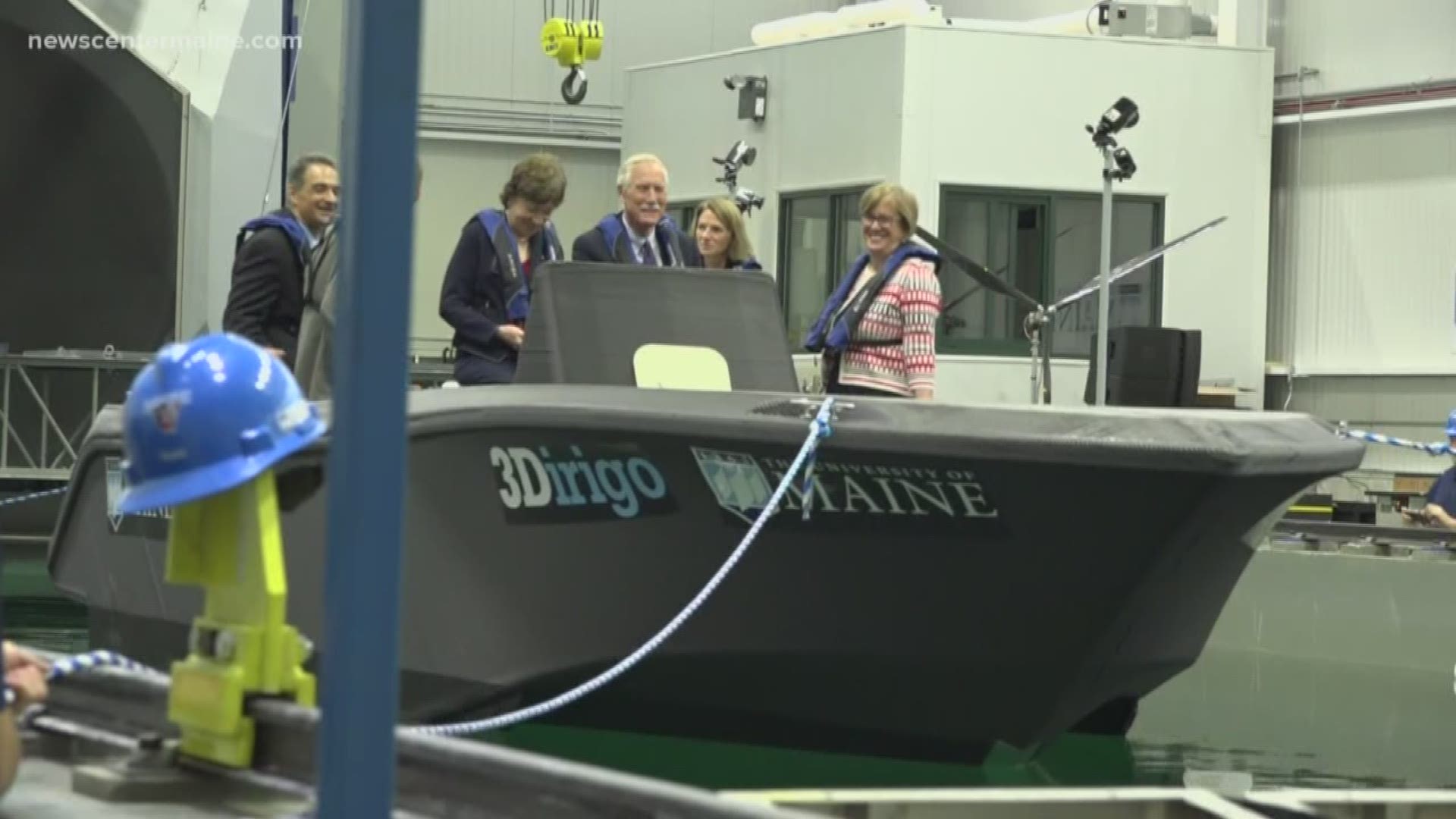 ORONO, Maine — The University of Maine broke three world records when it unveiled a boat produced by its polymer 3D printer and Guinness World Records was there to confirm it.

The 3D printer is so big it can produce objects as long as 100 feet. To prove this, the composites team at UMaine printed a 25 foot, 5,000-pound patrol boat in just 72 hours.

Industry and government leaders watched at the UMaine Advanced Structures and Composites Center as the boat was unveiled.

The grand finale was the boat, named 3Dirigo, going for a ride. It was put in the water at the Alfond W2 Ocean Engineering Laboratory and took officials for a quick spin.

“With this remarkable feat, the University of Maine continues to demonstrate that it’s a worldwide leader in catalyzing innovation, advancing new technologies and driving economic growth for our state,” said Gov. Janet Mills who attended Thursday's event. “On behalf of the people of Maine, I congratulate the university on this historic accomplishment.”

“I was delighted to join UMaine’s celebration unveiling the world’s largest 3D printer and largest 3D-printed object,” said Sen. Susan Collins. “The future of the [UMaine] Composites Center is bright, thanks to the excellent working relationship between UMaine, Oak Ridge National Laboratory and many other federal agencies, which will support next-generation, large-scale additive manufacturing with biobased thermoplastics.

“Maine is the most forested state in the nation, and now we have a 3D printer big enough to make use of this bountiful resource,” said Sen. Angus King. “Today marks the latest innovative investment in Maine’s forest economy, which will serve to increase sustainability, advance the future of biobased manufacturing and diversify our forest products industry. This is a huge opportunity for the state of Maine, and I’m grateful to everyone — especially the University of Maine and the FOR/Maine initiative — for their work to make this day a reality.”

“As we saw today, the University of Maine Composites Center does award-winning, cutting-edge research that makes Maine proud and will bring jobs to our state,” said U.S. Rep. Jared Golden. “Their work, like the boat and 3D printer we're here to see, has impressive potential to change how we make things out of all sorts of materials — including Maine wood fiber. Today is about three Guinness World Records, but it's also about celebrating innovation that will help protect and create good-paying Maine jobs in forest products and manufacturing.”

RELATED: UMaine system to cover tuition for more than 1,200 students