A team of students at Bates College have created a molecule that changes how cells behave. 'Bobcat 339' could possibly help cancer patients. 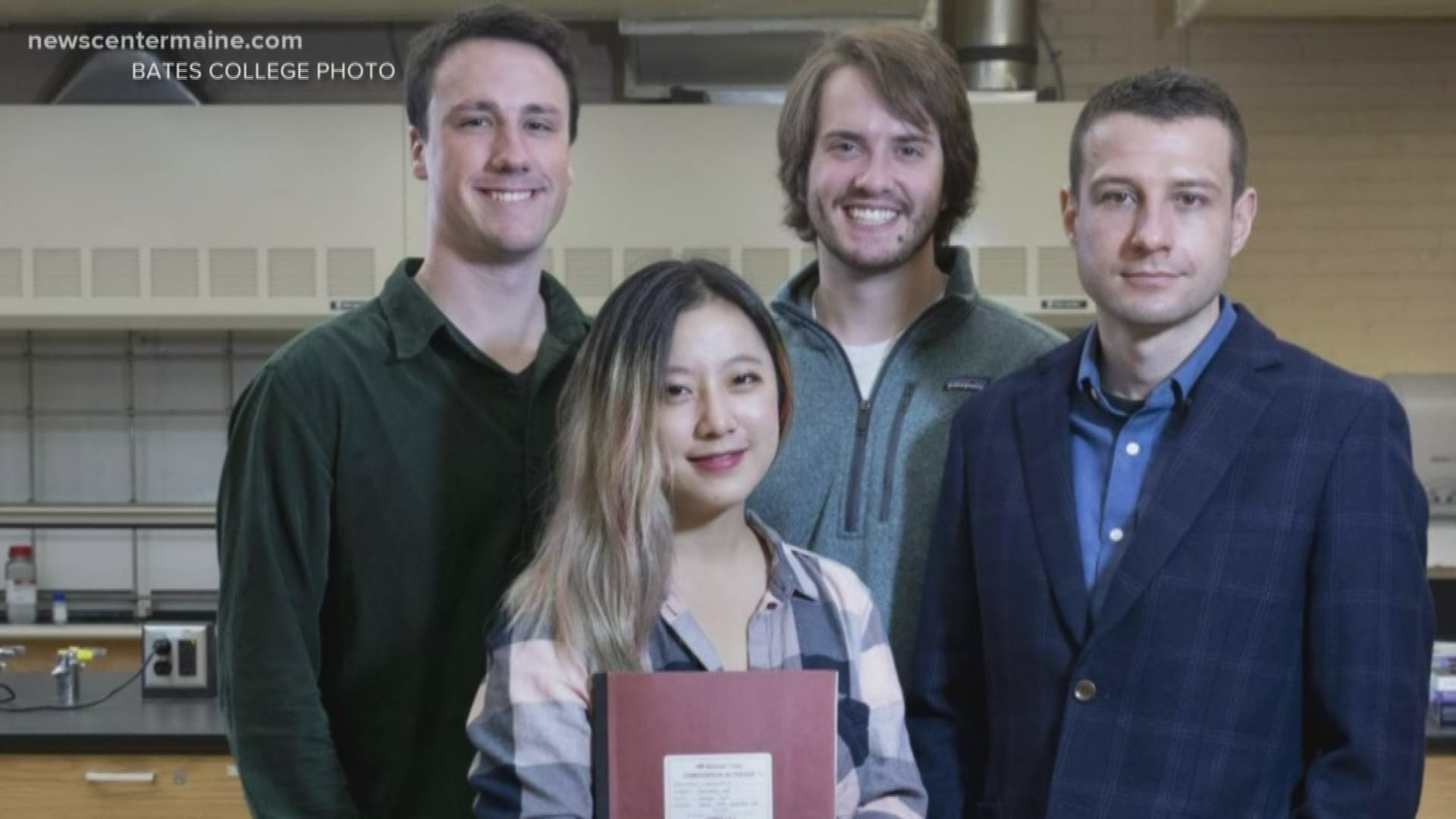 LEWISTON, Maine — While most other students on the Bates College campus were rushing off to class two years ago, few knew that what was going on inside the Carnegie Science building could possibly mean they -- or their children -- may not have to deal with the ravages of diseases like cancer and Alzheimer’s Disease in the future.

And it’s all thanks to what a researcher and his team of students did back in 2017.

Kennedy’s field is chemistry and biochemistry. He led a team of seven students who came up with a molecule that essentially changes how certain cells behave.

Essentially, they found that the molecule was able to turn off the production of certain genes in cancer cells that control how they spread.

The team calls it "Bobcat 339", named after the Bates team mascot and it started with an idea from one of Kennedy's students.

"Gabriella Chua came up with a way to structure this molecule,” says Kennedy.

Other students in the lab synthesized the molecule that had never been made before. Students made the molecule for the first time, tested it and Kennedy says it actually worked.

"That's the weird thing. I mean usually you have an idea in science and it doesn't work out the way you expect it to."

So, what exactly does “Bobcat339” do? Kennedy explains it inhibits three genes from functioning to control the rest of a person's genes and in doing so can have implications for cancer progression and neuroplasticity because it regulates how any cell uses its genes.

Neuroplasticity is related to cells in the brain that would be susceptible to Alzheimer’s disease. Kennedy and his team injected the molecule in laboratory mice and found the animals remembered where things were three to four times longer than mice that hadn’t been treated with anything.

Their research indicates the molecule could help scientists figure out a whole new line of therapeutic drugs for the disease.

Since Kennedy and his students published their paper, earlier this year, about a dozen university labs across the country have called to ask if they can use the molecule to help in their cancer research. Bates College is allowing them to use it, but is now laying the groundwork to get a patent for "Bobcat 339."