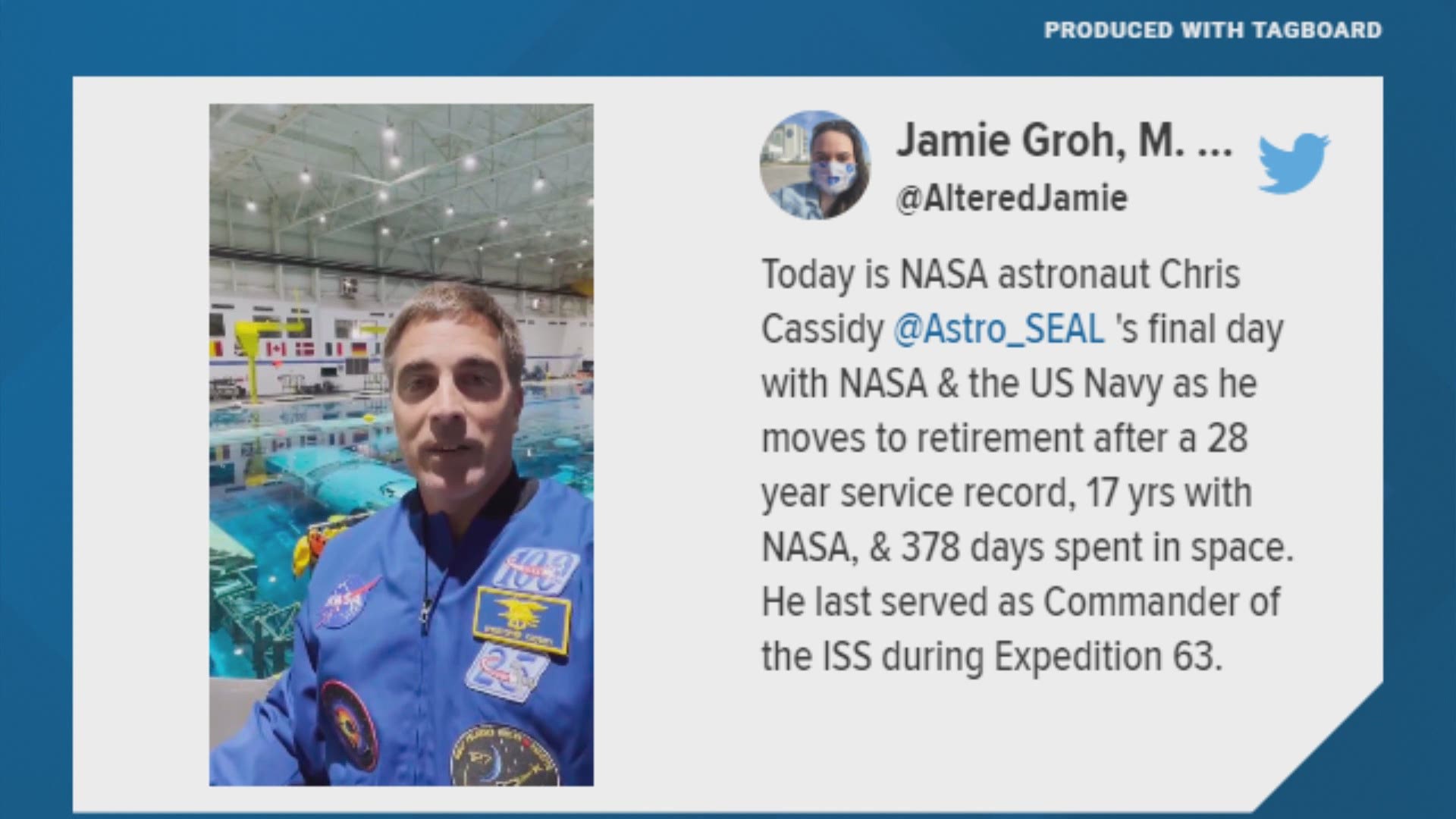 Mainer Chris Cassidy may have announced his retirement from NASA and the U.S. Navy in May, but a new docuseries following his last two years as an astronaut landed on Disney+ Wednesday.

"The show does a great job of demonstrating the hard work of engineers and planners and making the equipment for the repairs," Cassidy said in an interview with the website. "Then it ultimately comes to some human being, the astronaut, who can make mistakes, to put in this new repair and conduct the mission at hand."

Born in Salem, Massachusetts, Cassidy moved to York, Maine, when he was young and considers it his hometown. He attended York High School before attending the Naval Academy Prep School in Newport, Rhode Island. He graduated in 1989.

Cassidy spent a total of 378 days in space throughout his time at NASA, where he was selected as an astronaut in 2004. His most recent mission lasted 196 days, during which he served as commander on the International Space Station for Expedition 63.

Watch the 'Among the Stars' trailer below: