The University of Maine is the only producer of the product nanocellulose, able to produce 1 ton per day in the entire country. 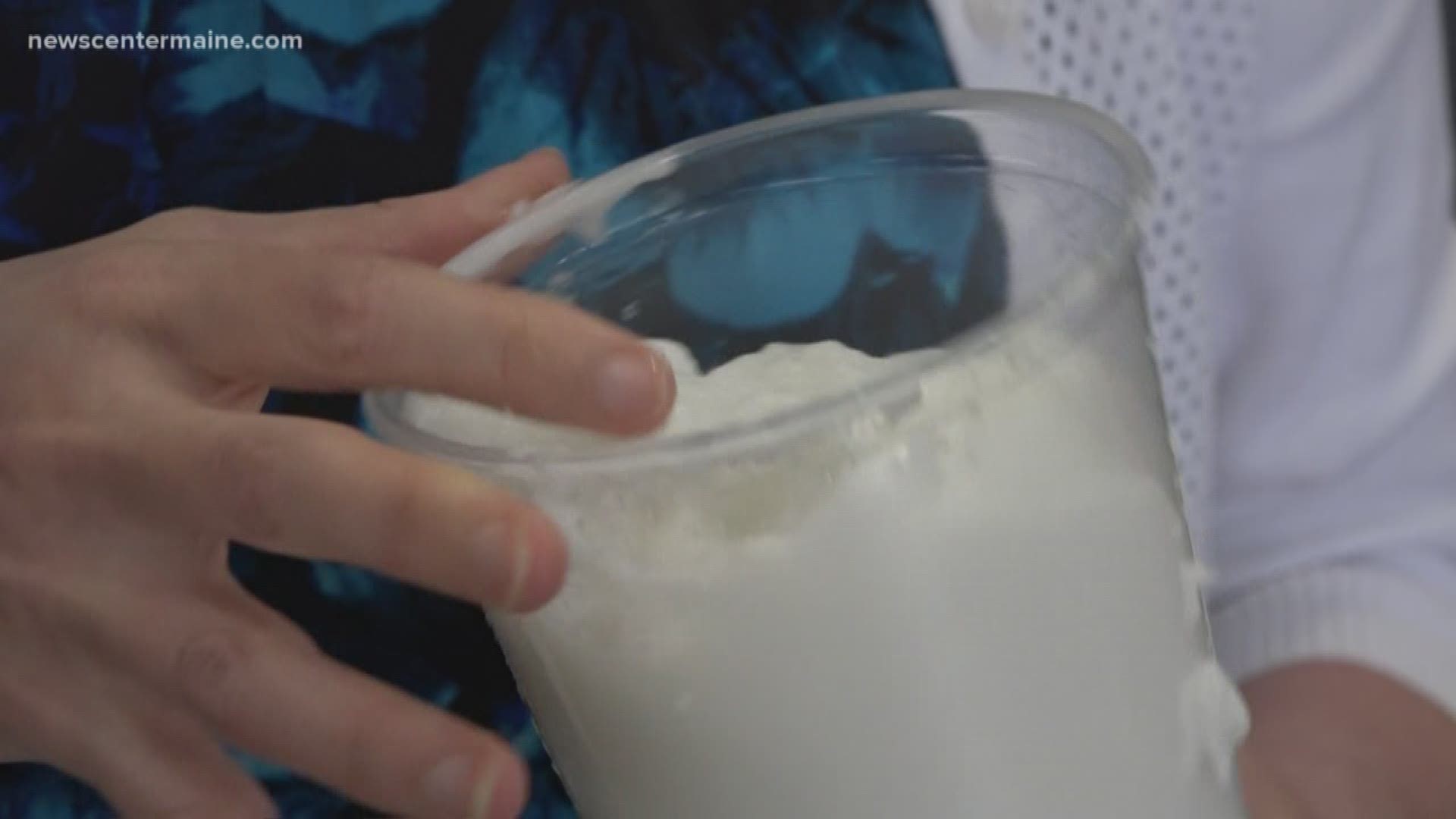 ORONO, Maine — A white, paste-like material being produced at the University of Maine may not seem like much, but the resource known as nanocellulose has nearly unlimited potential.

"I believe it puts Maine in this very unique position. Maine has the potential to become what I call 'Nanocellulose Valley,'" said Colleen Walker, director of UMaine's Process and Development Center.

The "Nanocellulose Valley" Walker is talking about is one she believes has the potential to be Maine's version of Silicon Valley, the tech center of the world. That hub of innovation in the Pine Tree State is taking place right in Orono.

UMaine has become a world leader in production of nanocellulose. It's the only facility in the United States with the ability to produce 1 ton per day of it.

"You have the production, you have the raw material through the state of Maine, and the people that can develop the application," Walker said.

To know why Walker thinks so highly of her university's ability to produce, it's important to understand what nanocellulose is.

Nanocellulose, put simply, is a product derived from extra wood based materials. UMaine is able to take wood pulp made at lumber and paper mills and turn it into a renewable resource. The wood pulp is refined, and mixed with water through a process at UMaine, which creates a product with high strength and low density, that can be used in production of an astounding number of products.

Tajvidi is currently researching practical applications for the product, and has discovered it has the ability to used in the creation of particleboard without the use of the potentially dangerous product formaldehyde.

"You replace that formaldehyde base resin with nanocellulose, so basically we are using wood to bind wood products together," Tajvidi said.

These practical uses are something that has caught the attention of Maine's forestry industry.

"They can use our lowest grades of wood, for some really high value products," said Steve Schley, who comes from a family of landowners in Maine, with history of lumber production dating back to the 1800s.

"It's fun, it's exciting. It gives us a new place to work and participate in global markets," Schley said.

A market that has made Maine the perfect place to learn and study nanocellulose. There are a surplus of trees, with lumber and paper mills now having a new industry to work in with wood, and wood pulp that previously did not have a market.

The university also has the ability to produce the nanocellulose at a rate higher than anywhere in the United States. There are also nearly 50 researches at UMaine working to find more practical applications for nanocellulose.

Already, it has been discovered to be useful for creating packaging, cosmetics, cement, and even can be used in bone replacement. With its vastness of uses still being discovered, the possibilities for nanocellulose in Maine are still unknown, but it puts the state in the forefront of its development.

"You're working with a renewable, sustainable material that's already out there," Walker said.

UMaine has been working with commercial partners as well to develop uses for nanocellulose. Samples are also available for purchase through UMaine.