The city is installing a 3.5 million gallon underground tank that will be able to store the worst of the runoff 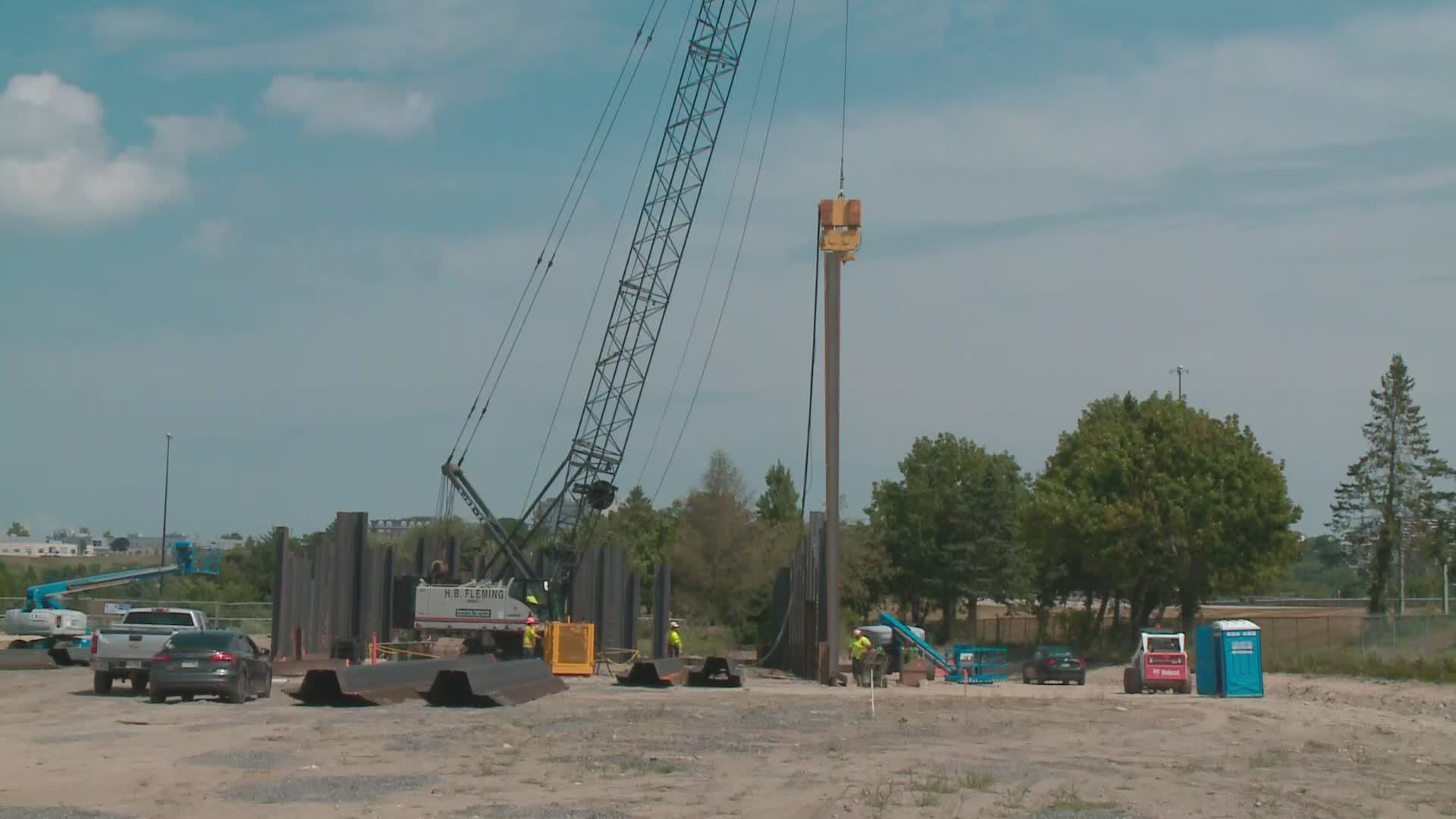 PORTLAND, Maine — Back Cove is a popular place to run, walk, bike, or lately, to check out the construction project.

The massive project happening by the Preble Street Extension and soccer fields is dubbed Back Cove South Storage Facility.

It’s a $40 million dollar project that will help eliminate combined sewage overflow into Back Cove and Portland Harbor.

“In this area there are just sewer pipes so when we get heavy rain the storm water mixes with the sewage and when it does that in a heavy rain event it has no place to go” said Chris Branch the Director of Portland’s Department of Public Works.

Branch says what is it all discharges into the ocean.

Branch says to help prevent that the city is installing a massive 3.5 million gallon underground tank that will be able to store the worst of that runoff.

“This project will eliminate 40% of all of the combined sewage overflows that is discharged in the city of Portland and goes into one of our waterways. And that is incredibly 25% of the entire state’s discharge. This is a huge project for the environment. “

And a positive one for people who utilize Back Cove.
The fill or extra dirt from the project will be used to build up the elevation of the area.

“By doing that will get less title impact during high tides and it will make playing fields and trails more assessable.”

Once the project is complete, which is expected to be in 2022, the soccer fields will be rebuilt and the large recreational equipment will be returned.

In the meantime, the Back Cove trail is open and will be throughout construction.

What's happening at Back Cove?