Using Maine kelp to stem the tide on ocean plastics

Maine kelp farmers and scientists are working to confront the issue of plastic pollution together, and they’re discovering hopeful results from an abundant, sustainable resource. 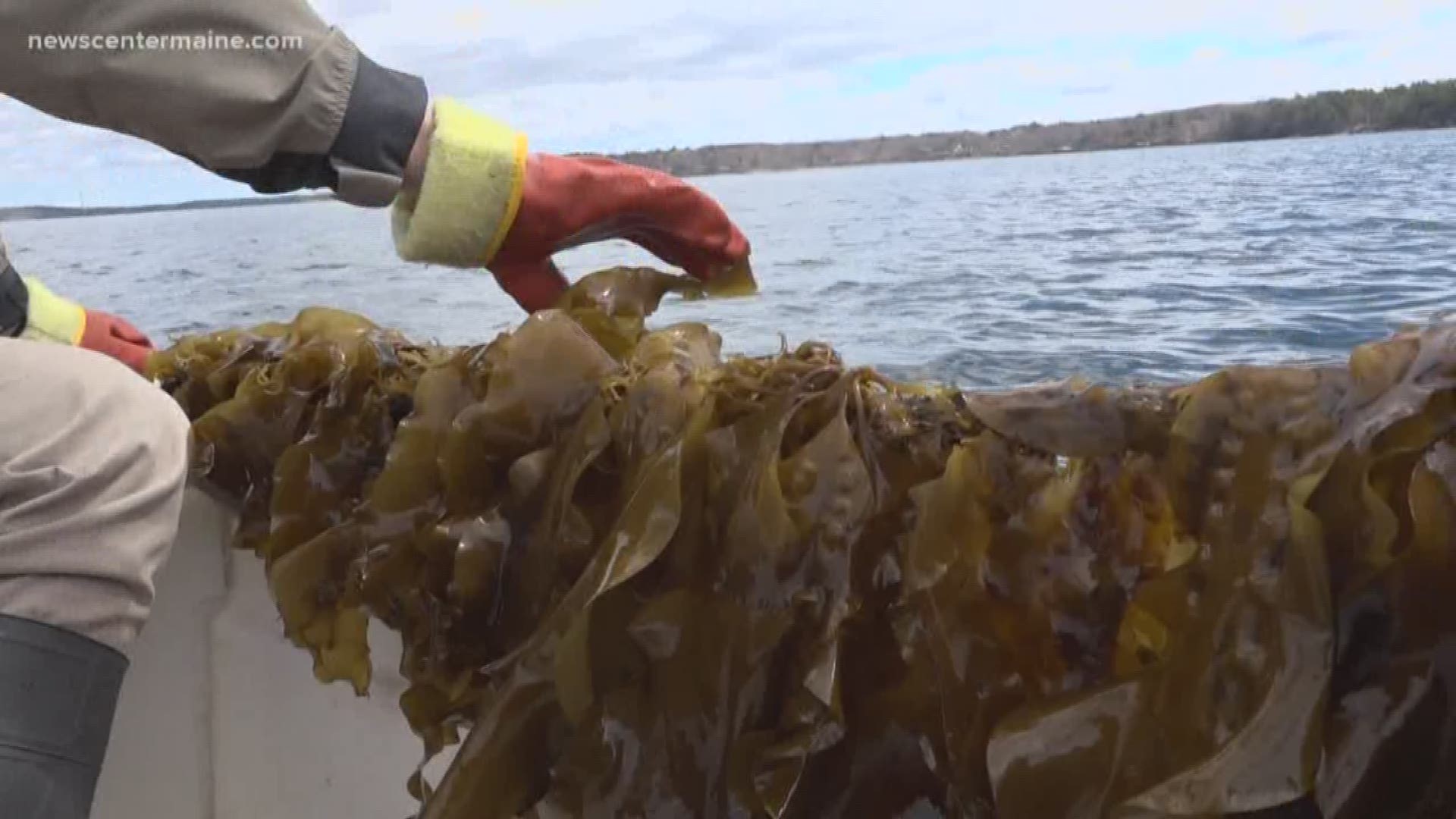 BIDDEFORD, Maine — Plastic plays a large role in our daily lives. Our alarm clocks or phone cases are made of plastic. It's in our toothbrushes, our hair combs, our clothing, packaging that wraps our food, and more. We likey use something made of plastic before we even step out the door every day.

"It is really everywhere around us," said Susan Farady, a marine affairs professor at the University of New England. “I have a daughter, I’m worried about the world she’s going to inherit.”

What is microplastic and why should we care about it?

According to Farady and other scientists, microplastic is a new, permanent pollutant found in the ocean. It's created when plastic pollution breaks down over time. It can be invisible to the naked eye.

Credit: NCM
A look at microplastic under the microscope
Post by newscentermaine.

Not only do microplastics transport toxic contaminants, according to Farady, but there's evidence to show microplastics are in the seafood we eat. Like mussels.

Emily Hanson, a senior at the University of New England, spent this past summer and the semester working to identify pieces of microplastics found in bivalve shellfish, particularly blue mussels.

Hanson collected mussels from several different locations, including some from a suspended rope, as if they were grown on a mussel farm. She picked up others along the coast near the UNE Biddeford campus.

"They all definitely had plastics, there wasn't one that didn't have any."

"We all like to solve problems, some are very big and this one's a huge problem," said Stephan Zeeman, a professor of oceanography at the University of New England. "Plastics are a problem globally."

He says plastic pollution in the ocean can get into the food chain.

"Now it becomes part of not only marine organisms food, but our food,"

Zeeman and Farady say there's a lot we don't know on the impacts and the need for more research is urgent.

"Does ingestion of a lot of small plastics have a bad impact on health? Whether it's wildlife health or human health, there's a lot we don't know," said Farady.

Farady says "the genie is already out of the bottle" when it comes to the problem of microplastics.

She says we can all do our part by thinking about our plastic consumption. It's a start.

"But thinking that fixing single-use shopping bags and straws are going to fix the problem of microplastics in the ocean is inaccurate," said said.

What if instead of plastic our grocery bags, our clothing, the things we use and consume, were made out of something from the ocean? Kelp is proving to be a sustainable, traceable way to create alginate which works like fiber or yarn.

"About 99% of our kelp goes to food uses so people eat it," said Todd Jagoutz, who works for Sea Greens Farms which grows kelp off the coast of Cousins Island in Yarmouth. "One thing that our company is really excited about is the non-food use."

RELATED: Seaweed: It's what's for dinner

Two years ago, a New York-based company, AlgiKnit, reached out to Sea Greens Farms. The company's slogan: "biology is the future of fashion."

AlgiKnit takes kelp that's farmed overseas and turns it into alginate. It acts like fiber or yarn and can be used to create pretty much anything. Most recently AlgiKnit's seaweed sneakers made headlines in publications like Forbes.

The problem, Jagoutz explained, is the production process, and that's why AlgiKnit reached out to them for help.

"Currently, alginate is produced by chemical companies in China," said Jagoutz. "They use a very toxic, acid based extraction process, to produce the alginate. Obviously, this isn't sustainable, traceable, or environmentally friendly."

For the last two years, the team at Sea Green Farms has been working to find a way to create that extraction process in a greener way.

"We've identified an enzymatic process that eliminates the use of acid, but it is in early stages in Europe," said Jagoutz. "We've been looking for funding to bring that technology to Maine, and to do further research. Partnering with us on that project is UNE North, who has a new program to connect companies with international researchers, to solve a problem."

Jagoutz says being able to sell kelp for purposes other than food will increase its value, in turn helping local farmers. Potentially a win-win for local farmers and the environment.

See the TV report on NEWS CENTER Maine Thursday, May 2.