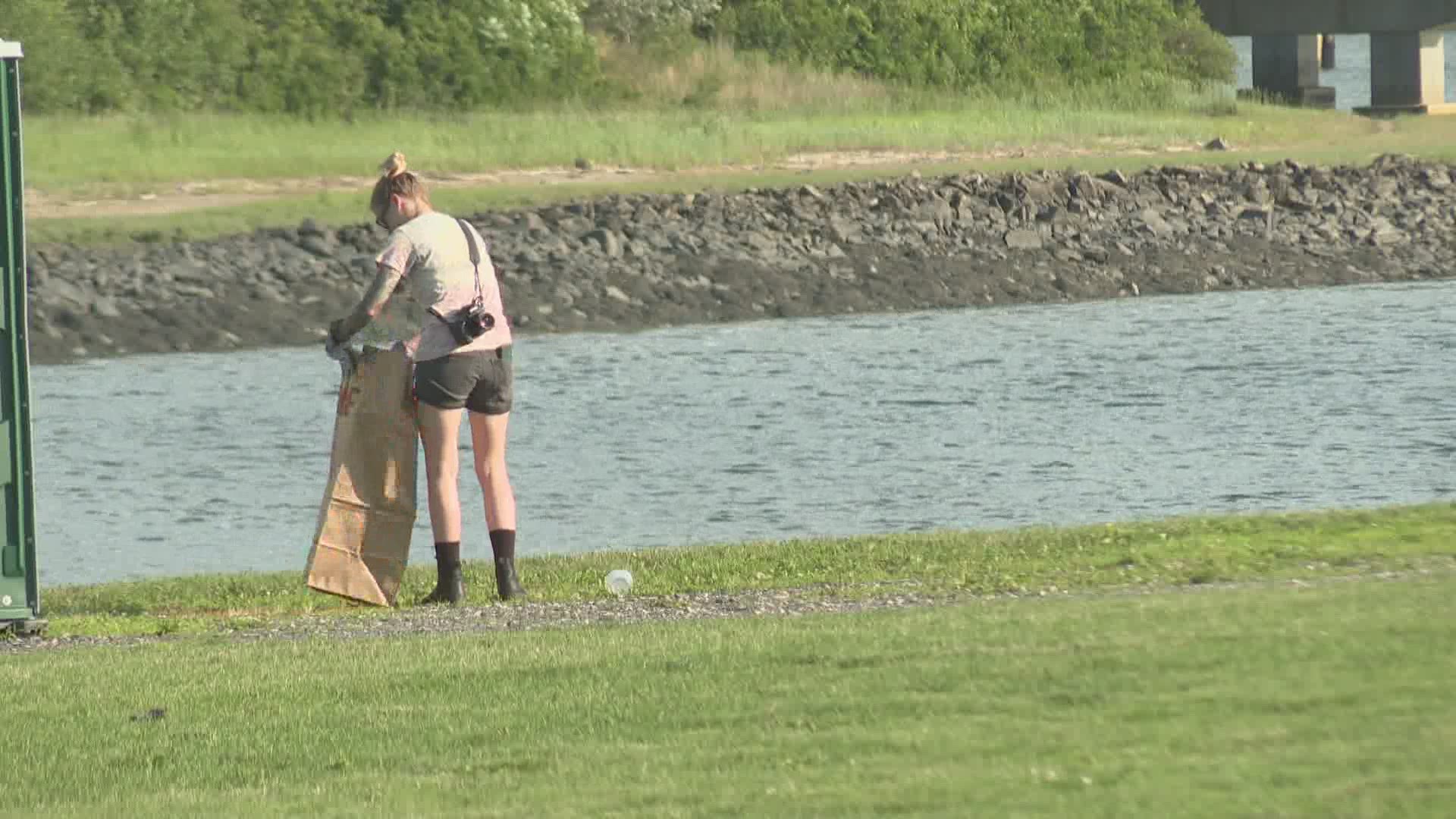 PORTLAND, Maine — Maine's efforts to fight plastic pollution and other environmental concerns are happening one piece of trash at a time. On Wednesday, more than 70 people were gathered at Thompson's Point in Portland for a trash pick-up.

The event, known as 'Rubbish' was organized by the non-profit Saltwater Classroom and GoGo Refill.

On Wednesday, volunteers were given gloves, buckets, and trash grabbers to pick up as much garbage as possible.

"Plastic pollution is a really serious problem, and people want to do something about it," said Chrissy Adamowicz, a Sustainable Maine Outreach Coordinator with the Natural Resources Council of Maine.

Adamowicz was out grabbing trash Wednesday, alongside other groups like Eco Maine, and NRCM Rising.

At the start of June, Maine's ban on single-use plastic bags and polystyrene food containers went into effect.

"The Styrofoam and the plastic bags tend to be our common contaminants that people misinterpret as recyclable and they put them in the bins and they wreak havoc on our systems," said Vanessa Berry, an environmental educator with Eco Maine.

This month, the Maine legislature also passed a bill to shift costs of recycling from cities and towns, to corporations that use certain packaging materials like plastic in shipping and packaging of their products.

RELATED: Maine becomes first state in the country to pass law that charges corporations that do not use sustainable packaging materials

"That will make it possible to track, and collect data on litter, and hold those corporations accountable for the litter that's ending up in the environment," said Adamowicz.

The 'Rubbish' trash pickup events are held monthly on the third Wednesday of each month. Marston said the pick-up at Thompson's Point has been the most successful thus far.