The High Peaks Alliance and the Trust for Public Lands raised money, bought the property of Shiloh Pond and have given it to the town of Kingfield to be preserved. 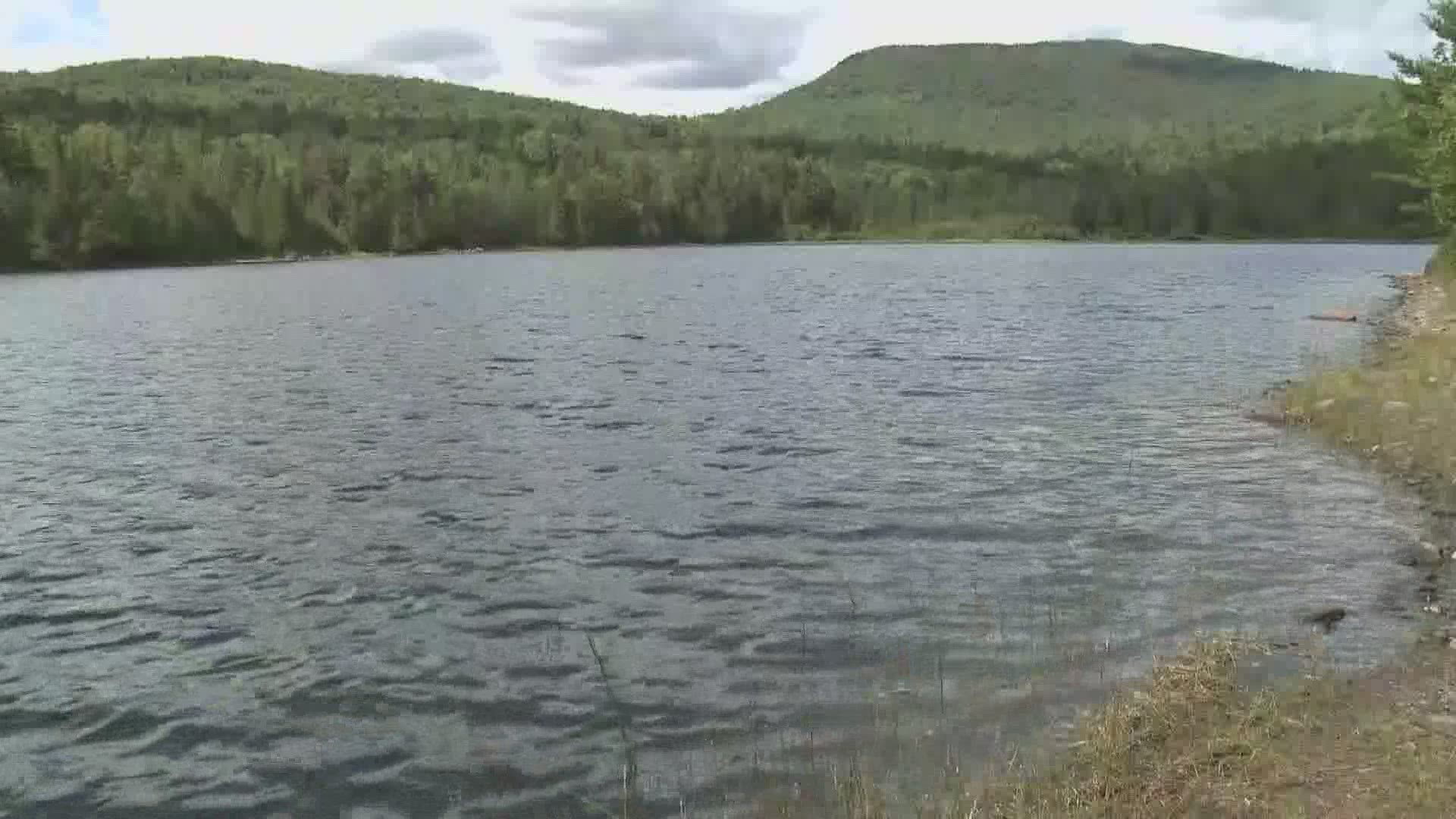 KINGFIELD, Maine — After several years of planning and fundraising, another beautiful piece of Maine has been permanently preserved.

Shiloh Pond in Kingfield is a relatively small but pristine pond, described by Brent West of the High Peaks Alliance as a good place for fly fishing and hiking. West said when he was younger and working at nearby Sugarloaf Resort, he would often head to Shiloh Pond after work to hike in and do some fishing.

Besides the beauty of the undeveloped pond and surrounding woods, he said the other attraction of the land is that it's only about two miles from the center of Kingfield.

The pond and more than 200 acres of woods around it were part of a larger parcel owned by one local family for many years. When they announced plans to sell, West and the High Peaks Alliance enlisted the help of the Trust for Public Lands to raise the money, buy the land and finally, give it to the town.

West said it is the first piece of conservation land owned by the people of Kingfield.

“So this pond is only two miles from the center of town but it's completely undeveloped, and that makes it special,” West said.

“There’s brook, trout, and a nice waterfall, so it's a really special place because it's so accessible.”

Much of the money for the purchase was provided by the Maine Natural Resource Conservation Program, and West said the town must now work with residents and the state agency to develop a management plan for how the land will be used in the years to come.

He said early suggestions have been that little would change, aside from a somewhat improved walking trail leading from the gravel access road to the pond. The plan, he said, is due later this year.