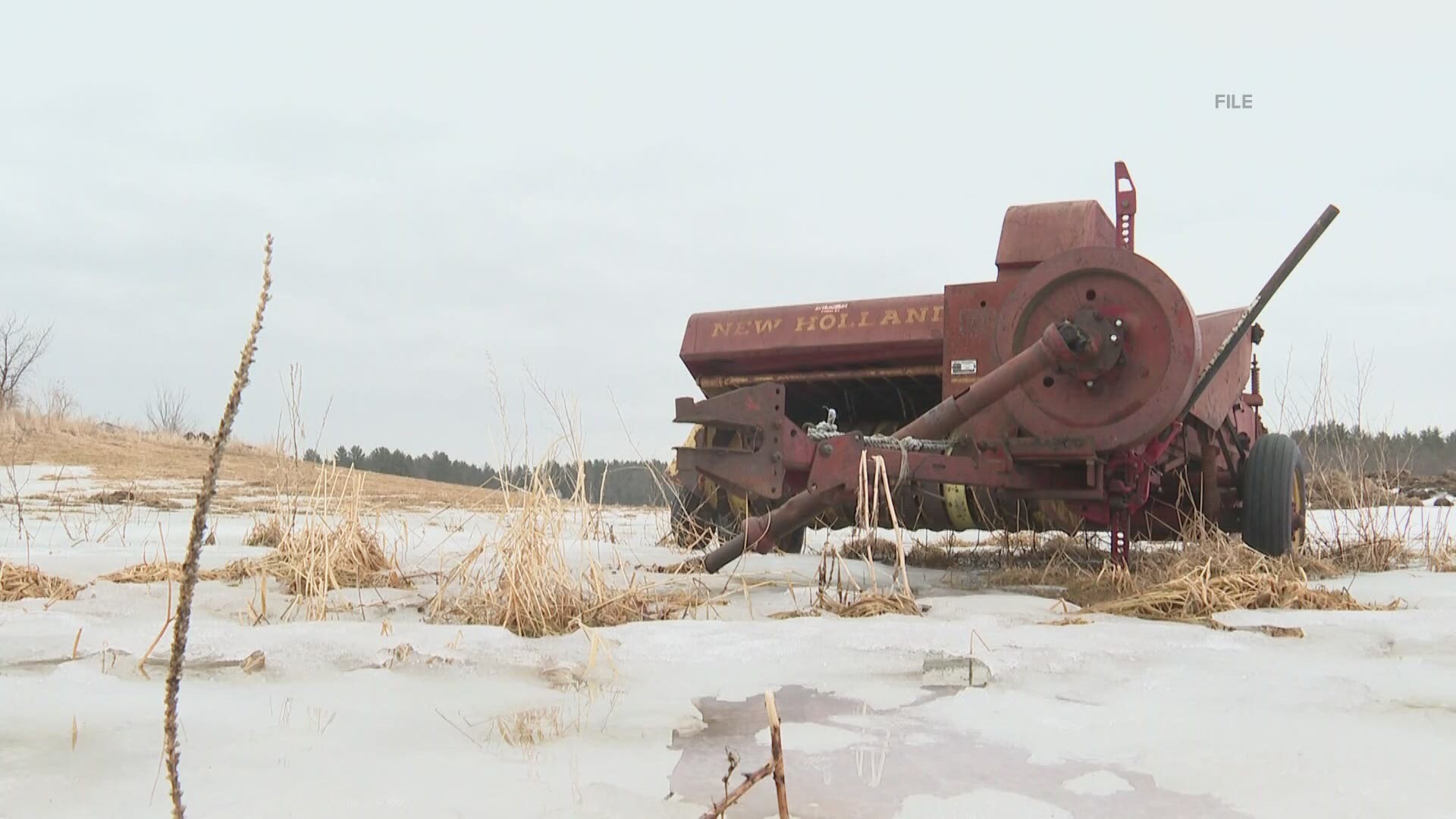 FAIRFIELD, Maine — Environmental advocates want stricter standards for industrial chemicals known as PFAS  -- as the number of contaminated wells in Fairfield is expected to grow.

So far, 29 wells have levels of PFAS chemicals above the EPA's advisory limit.

The contamination is believed to be linked to industrial bio-solids spread on fields belonging to the Tozier Dairy Farm, located in Fairfield.

PFAS laced sludge or biosolids used as fertilizer -- led to the shut down of Fred Stone's century-old dairy farm in Arundel, several years ago. High levels of the industrial chemicals were found in the milk, fields, to blood samples from Stone and his family.

"It was cheap for the water district to get rid of it and it was cheap fertilizer for the farmers at our expense," Penny Harkins, Fairfield resident said.

The chemicals are linked to a number of health issues including immune system problems and organ cancers.

The compounds were first discovered in milk from the Tozier Dairy Farm nearly a year ago and pulled from the shelves. The source is believed to be sludge spread on farmland just yards from Penny's home.

After the discovery of contamination on Stone's property, the Department of Environmental Protection released a list of every location in the state that has received sludge. While a state PFAS task recommended sampling these sites, that hasn't happened.

Patrick MacRoy, is the Deputy Director of Defend Our Health, an organization that works to eliminate toxic chemicals in food products and water. He says the public needs to know if more contaminated farms exist.

The non-profit is working on legislation that would require state regulators to test sites that have received potentially contaminated sludge.

Another proposed bill expected to be introduced this session, a state standard for PFAS in drinking water, lower than the EPA's limit, it would follow standards set by Vermont and Massachusetts.

David Madore, the Acting Commissioner of the Maine DEP, tells NEWS CENTER Maine, "The DEP has sampled 128 water supplies in Fairfield, test results of 55 are pending. The DEP is currently conducting additional PFAS investigations and pre-screening evaluation at sludge land application sites in Central Maine, in accordance with recommendations from Maine's PFAS Task Force.  The DEP has conducted limited site investigations and pre-screening evaluations in Unity Township and Benton. In Unity Township, there are three drinking water wells that are above the EPA Health Advisory limit, with additional testing to follow. The DEP will be conducting initial sampling in Benton soon," Madore said.

Information on PFAS chemicals from the Centers For Disease Control and Prevention can be found here.

For information on bottled water, resources, and contact information for state agencies involved in the PFAS investigation from the Fairfield town office, go here.