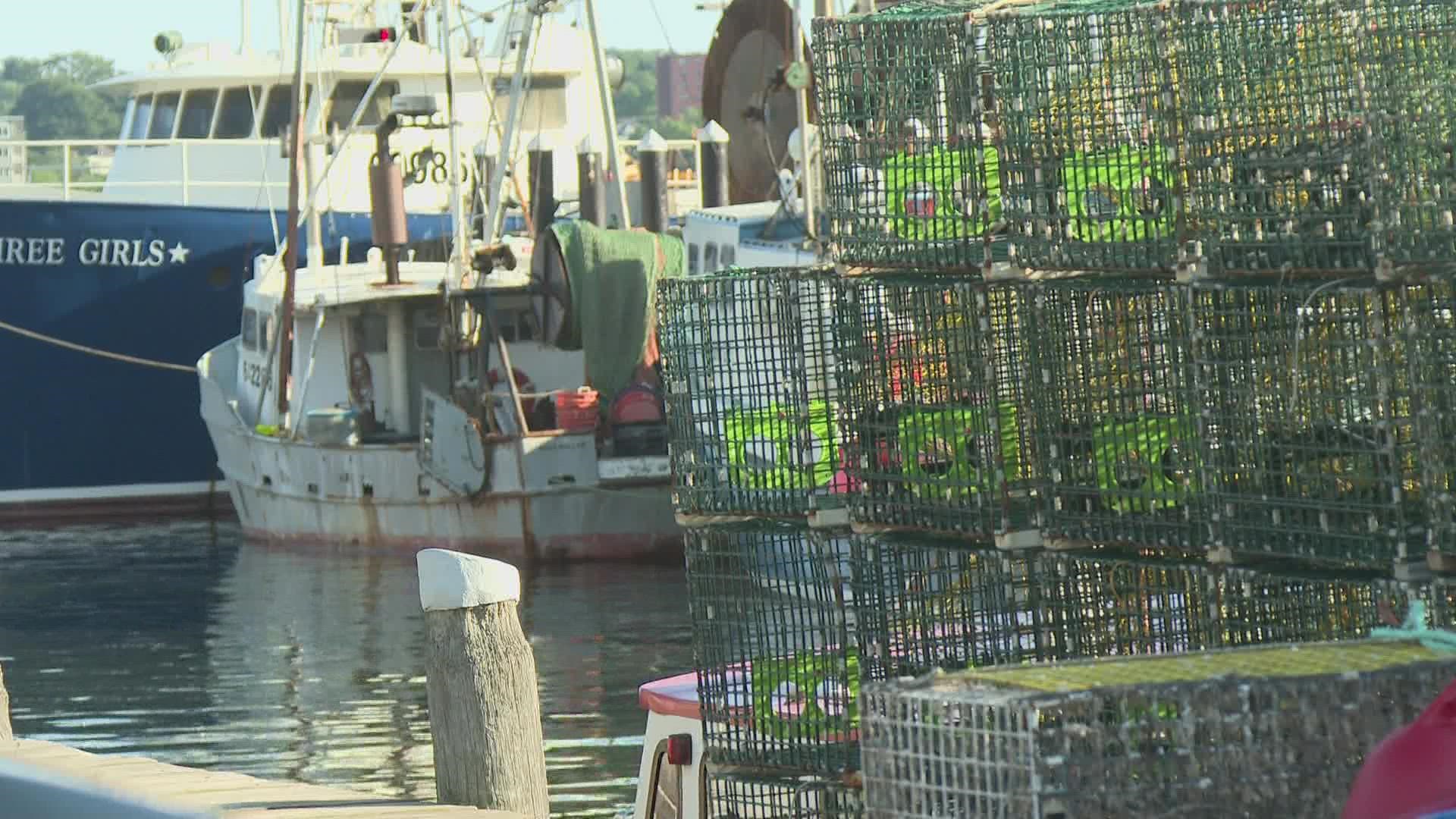 MAINE, USA — Mainers that make their living fishing for lobster in the Gulf of Maine are coming to terms with new federal regulations this week. The National Oceanic and Atmospheric Administration issued new guidance for the fishery this week in an effort to protect the endangered North Atlantic right whale, but those in Maine's lobster fishing community say the new rules go too far.

"We knew a lot of this was coming," said Maine Department of Marine Resources Commissioner Patrick Keliher. "But when it finally happens, it's still a gut punch."

Leaders in Maine's fishing community have been working with NOAA for more than a decade to protect right whales. Fishermen told NEWS CENTER Maine that while they were not surprised to see the regulations, they were more extreme than expected.

We're hearing more reaction from Maine's fishing community tonight as it grapples with new NOAA regulations. The rules are in an effort to protect endangered right whales, but lobsterman, and Dept. of Marine Resources Comm. Patrick Keliher say they go too far @newscentermaine pic.twitter.com/5cFI4hKnNY

"I see these regulations as having the potential of injuring fisherman, creating more ghost gear and debris on the ocean flood and costing us a lot more money to rig over for it, for something we're not doing already. We're not entangling these whales," said Casco Bay-based lobsterman Steve Train.

The regulations will close a roughly 950-square-mile area in the Gulf of Maine to traditional lobster fishing from October to January. Rope-less fishing can continue there, but that technology has not been widely adopted in Maine.

"There seems to be a drive and a push to find a way to go to rope-less fishing. It's not ready yet," Keliher said. "The state's going to have to come to the table to figure out how it's going to work in the future, but right now it doesn't work. Closing a large area off for four months out of the year, during an incredibly profitable time, maybe it makes it feel good, but I don't think it's going to protect any right whales."

According to data from NOAA, the population of North Atlantic right whales is roughly 368. Since 2017, there have been 50 known deaths or serious injuries. Of those, NOAA attributes 23 to entanglements.

"It is unacceptable that Maine lobstermen and women continue to be the primary target of burdensome regulations despite the multiple effective mitigation measures they have taken and the data showing that ship strikes and Canadian snow crab gear pose substantially greater risks to right whales,” said the political leaders.

NOAA announced other regulations designed to reduce the number of vertical lines in the water, hoping to reduce entanglement and protect right whales. Those include,

Lobstermen that spoke with NEWS CENTER Maine said the increased danger comes from weight added to trawl lines with an increased minimum number of traps per trawl. There are also requirements for weak links in ropes that are intended to break if a whale becomes entangled.

There are also concerns among lobstermen about potential overcrowding, due to the annual closure of a large portion of the Gulf of Maine.

"Another real concern is that denser aggregations of gear outside the restricted area will pose an increase in gear conflict as fishermen are displaced from the restricted area and forced to find new areas to set their gear," Keliher wrote in a statement Wednesday.

Keliher says he and his staff will work with Maine's congressional delegation and Mills to find relief from the regulations. Keliher and fishermen argue the Gulf of Maine is not the hotspot of right whale activity it's been made out to be.

Not everyone agrees the new regulations are too strict, though. Environmental organizations like The Pew Charitable Trusts argue the regulations do not go far enough.

"Saving right whales from extinction requires more than these weak measures and limited closures, which represent just a fraction of when and where right whales are present in New England waters," the organization said in a statement. "Science and the public support stronger protections, including a transition to ropeless fishing gear, closures in known areas of high risk at the right times, and dynamic management that closely tracks the changing patterns of right whales."