The Forest Service will be releasing small, non-stinging wasps in Madawaska on Thursday morning to battle the EAB infestation 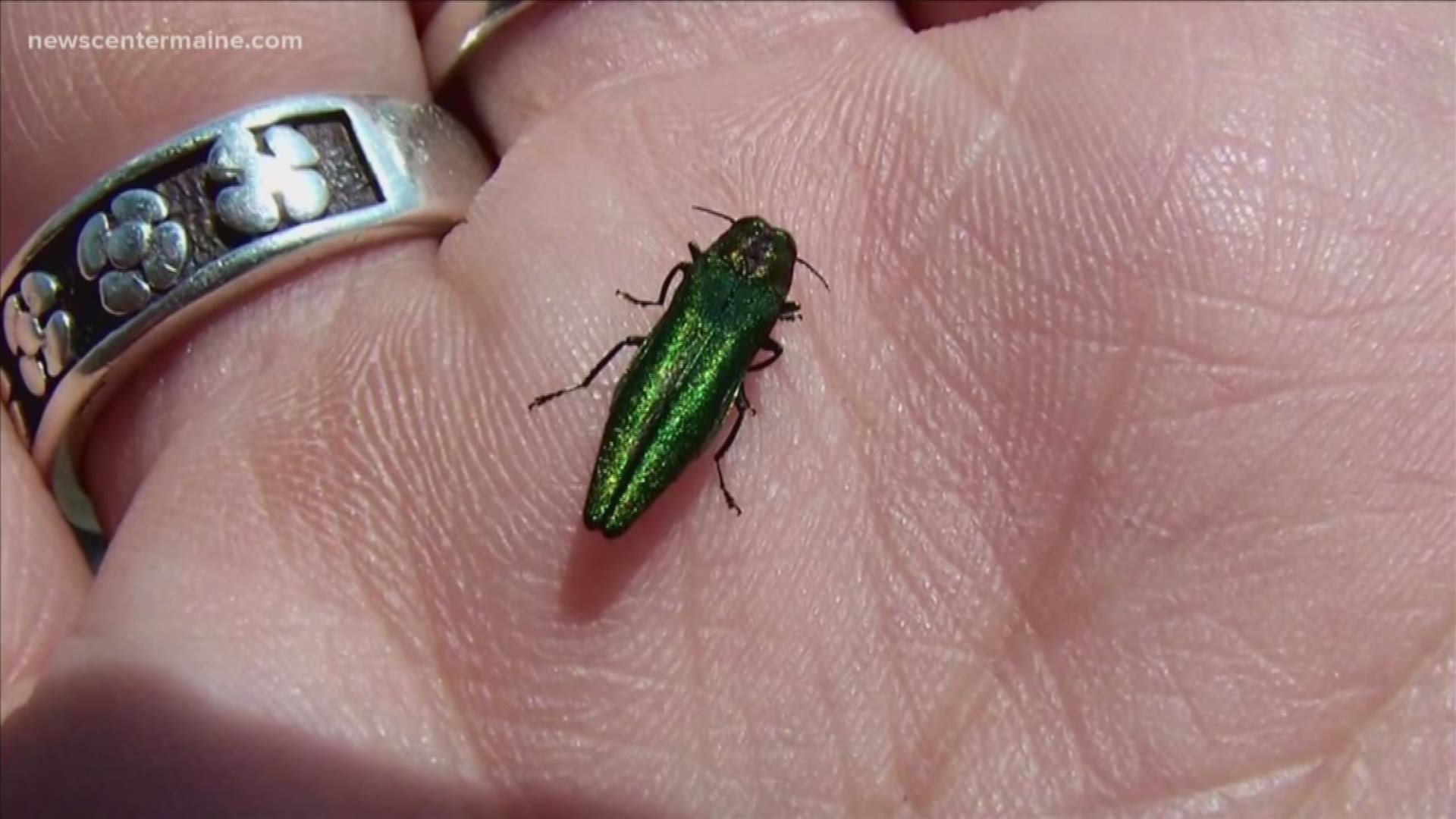 MAINE, USA — For years, the emerald ash borer has been wreaking havoc in Maine woods. The small insect lays eggs on the bark of ash trees, and the larvae eats away at the tree from the inside.

The Maine Forest Service is now working to fight back against EAB. On Thursday morning in Madawska, small non-stinging wasps will be released. These wasps, known as parasitoids, feed in or on the borers by attacking their larvae under the bark of trees and parasitizing eggs on the surface of bark.

"It came here and trees have no resistance to it," said Forest Service entomologist Colleen Teerling. "The vast majority of our trees are dying within three to five years of first being infected."

The wasps are being provided to the state by the United States Department of Agriculture at no cost to try and battle the invasive species.

Teerling says millions of trees have already died across the country since the species was discovered. The effort to battle the EAB is not to immediately eradicate them through wasps however. It will be a plan for the future of Maine's forests.

"We're hoping that the next generation of trees that come up will be protected," said Teerling. We're releasing these wasps by the hundreds and thousands, and there are millions, soon to billions of emerald ash borer out there, so it's going to take a while for them to catch up."

Teerling wasps have been used in other states to battle against EAB. There have also been EAB detected in Southern Maine, around York County. The Maine Forest Service hopes to release wasps there as well, after a release location is determined.