The law shifts the costs of recycling off of cities, towns, and taxpayers, and places the responsibility on corporations, called Extended Producer Responsibility. 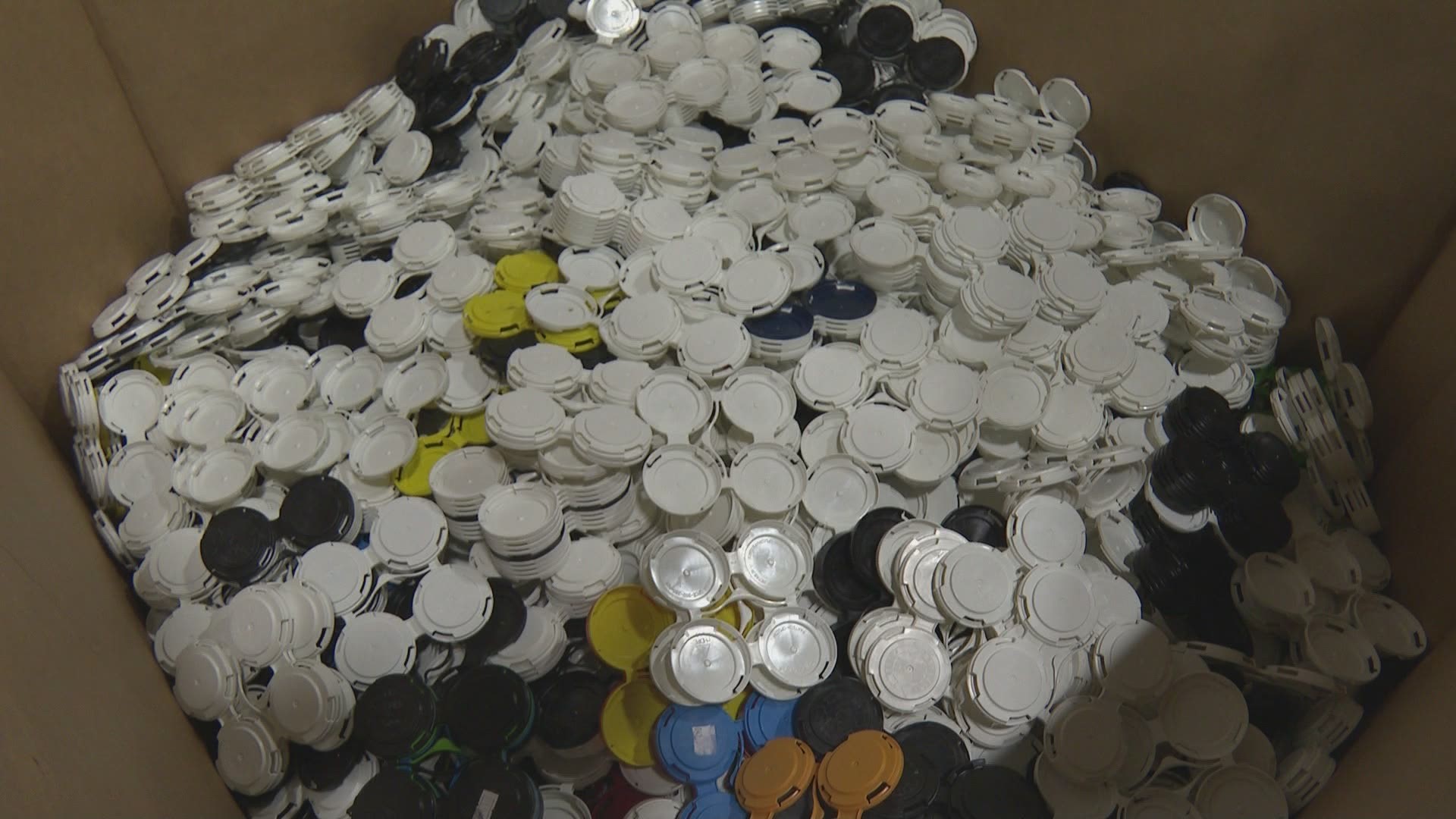 MAINE, USA — A new law in Maine will shift the cost of recycling from cities and towns and place the onus on the corporations that use certain packaging materials in shipping and packaging of their products.

The law, LD 1541, called "An Act To Support and Improve Municipal Recycling Programs and Save Taxpayer Money," forces companies that use less-than-eco-friendly packaging materials, such as plastics, to pay for each ton of those materials that they send into the state. That money then gets passed along to cities and towns to pay to recycle those materials.

Prior to the law, cities and towns would have to charge taxpayers more for the cost of recycling.

Do you know about the new #maine law that shifts the costs of #recycling from taxpayers to corporations? @NRCMenvironment Sarah Nichols gives a brief explanation. More on @newscentermaine at 4 and 5:30. pic.twitter.com/7hr7tbC7aL

"It's really designed to tackle our waste crisis, get us to finally reach our goal of recycling 50 percent of our waste which we set back in 1989 and have never reached," said Sarah Nichols, Sustainable Maine Director for the Natural Resources Council of Maine. "Now with this law there's going to be more clarity, more incentives to have more clear labeling on a package to help consumers put things in the right bin. In some communities it'll be the difference between having a recycling program and not."

A new Stewardship Organization will be formed to administer the program, track progress toward goals, and report back to the State.  Producers pay annual fees to the SO that are based on the amount and type of packaging they sell into Maine. Then the SO reimburses municipalities annually for the costs they have incurred because of that packaging.

Municipalities that participate will have to collect a set list of materials to participate.

"We'll finally have some uniformity around the state with what's recyclable and what's not," said Nichols. "People are confused and when people are confused they put something in the bin that isn't recyclable that they think is and then that brings down the value of all the recycling. It's a disaster."

Nichols said the majority of small businesses are exempt. The law says that if the producer creates less than one ton of waste per year, or makes under $2 million in gross revenue per year, they would be exempt.

Allagash Brewing Company, which is part of a brewers recycling co-op, collects those hard-to-recycle materials from the public and other breweries, and either sends them through their commercial recycling program or reuses the items themselves.

The beer company's CEO, Rob Tod, supported the bill as it made its way through the Legislature, and wrote in a blog post:

"As a Certified B Corp, Allagash is responsible for the wellbeing of our employees, our community, and our environment. The EPR for Packaging Law is one effective way to address the urgent issue of waste—in our forests, rivers, and oceans—by shifting the onus onto the companies that create it."

Maine set a goal to recycle 50% of its waste in 1989. Maine has never reached that goal, according to Nichols.

"We have a really systematic way of moving more materials to be paid for by producers and companies that make them and not taken care of by the communities and taxpayers," said Nichols. "Somebody has to pay for this for recycling and packaging waste and right now it's towns and taxpayers that do it piece-meal throughout the state, and they're just reacting to all the packaging they're getting. This is a much more efficient, fair way to approach this problem."

Nichols said Oregon's Legislature passed a similar law earlier this month which is now headed to that state's Governor's desk.

Watch the full interview with Sarah Nichols below.