Kennebec dam controversy could cost hundreds of Mainers their jobs

The Shawmut Dam in Fairfield is up for relicensing; if it's removed, the Sappi Paper Mill in Skowhegan could be forced to close. 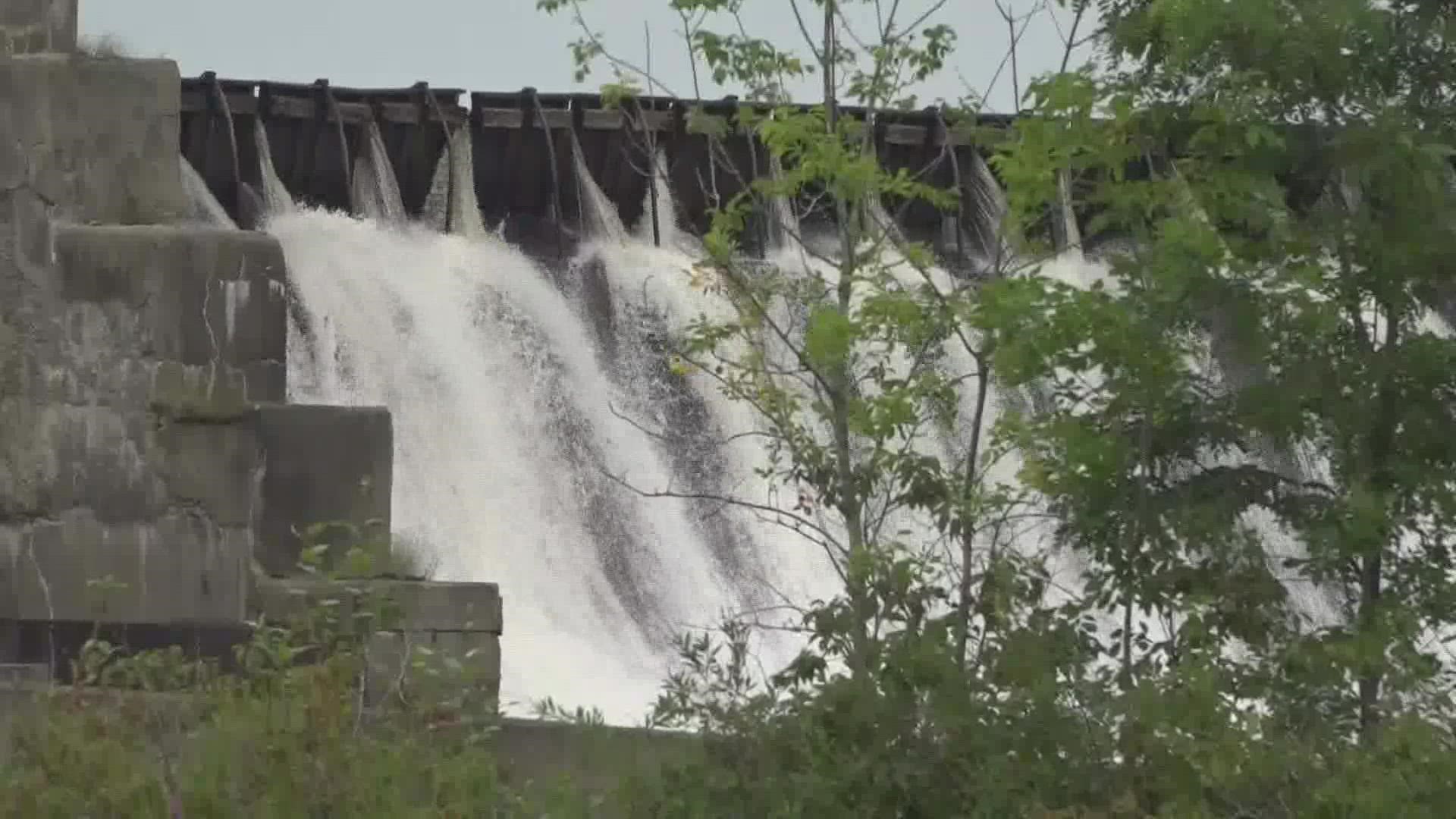 SKOWHEGAN, Maine — It's been months since the Maine Department of Marine Resources threw out its Kennebec River Management Plan. The plan, which recommended the removal of two dams on the river, was dismissed after several legislators and members of the public questioned its legality.

The Shawmut dam in Fairfield, one of those originally slated to be removed, is also up for relicensing. It's running up against an obstacle, much like the Atlantic salmon and other fish trying to swim past the dam.

The Canadian energy company owns several hydropower facilities in the state including the four dams that could potentially be removed under the DMR's old river management plan.

Conservation groups like the Natural Resources Council of Maine still advocate for the removal of all the dams to restore native fish species like Atlantic salmon.

“The only way to restore those species is to remove these dams," NRCM Staff Scientist Nick Bennet said.

The big obstacle blocking Brookfield from relicensing the Shawmut dam is having to prove a 99% fish passage rate after building new fish passage infrastructure.

“Right now, according to their own data, their downstream fish stream passage success is 56%. They’re not going to get a 40% increase," Bennet said.

Kessel argued that the dam can achieve a 96% successful passage rate which meets the federal standard. The 99% is the number set by the state.

“The difference between the federal government’s support standard of 96% and the state of Maine’s proposed 99% is the difference of less than five fish annually," Kessel added.

State Senator Brad Farrin, R-Somerset, said that the 99% success rate standard is something no other dams in the state have had to meet to be relicensed.

Farrin and constituents in his district worry that, if the Shawmut can not meet that 99% mark, the Sappi Paper Mill in Skowhegan could be forced to close.

James Brooks, an environmental manager for Sappi at the mill, said the water level would drop from 20 feet to around 5 feet if the dam were removed, creating an unreliable water supply.

“You need a reliable water supply for paper production," Brooks said. “We believe there should be a balance.”

The balance, Brooks said, would be to benefit both the mill, the fish passage, and the environment. If the mill were to leave Skowhegah, 735 employees would lose their jobs, Brooks said, not including hundreds of indirect jobs that benefit from the mill.

Farrin added that Governor Janet Mills made it clear to the Sappi mill employees that the dam would not be going anywhere, so he said it's time to act now.

“To kick this can down the road on the word of the Governor that we’re not going to let this happen, why not fix this now and not have that uncertainty for another year?" he said.

To avoid further logistical mishaps like the Kennebec River Management plan faced last spring, Farrin helped bring a new bill to Augusta that would allow the Maine Legislature to play a role in these major rule changes.

While that bill didn't make it far in the State House, Senate President Troy Jackson D-Allagash, introduced a similar bill, in name, this week.

Brooks said Sappi needs the dam to operate. Bennet argued the dam can benefit from a free-flowing river.

“We understand how important that mill is economically, and it needs to thrive," he said. “We recognize it needs to work for both fish and the Sappi mill.”

A spokesperson for the DMR told NEWS CENTER Maine an updated Kennebec River Management Plan is still in the works but there are no further updates to report.