Not only do these caterpillars damage trees, they also have toxic hairs, which can cause a rash on people 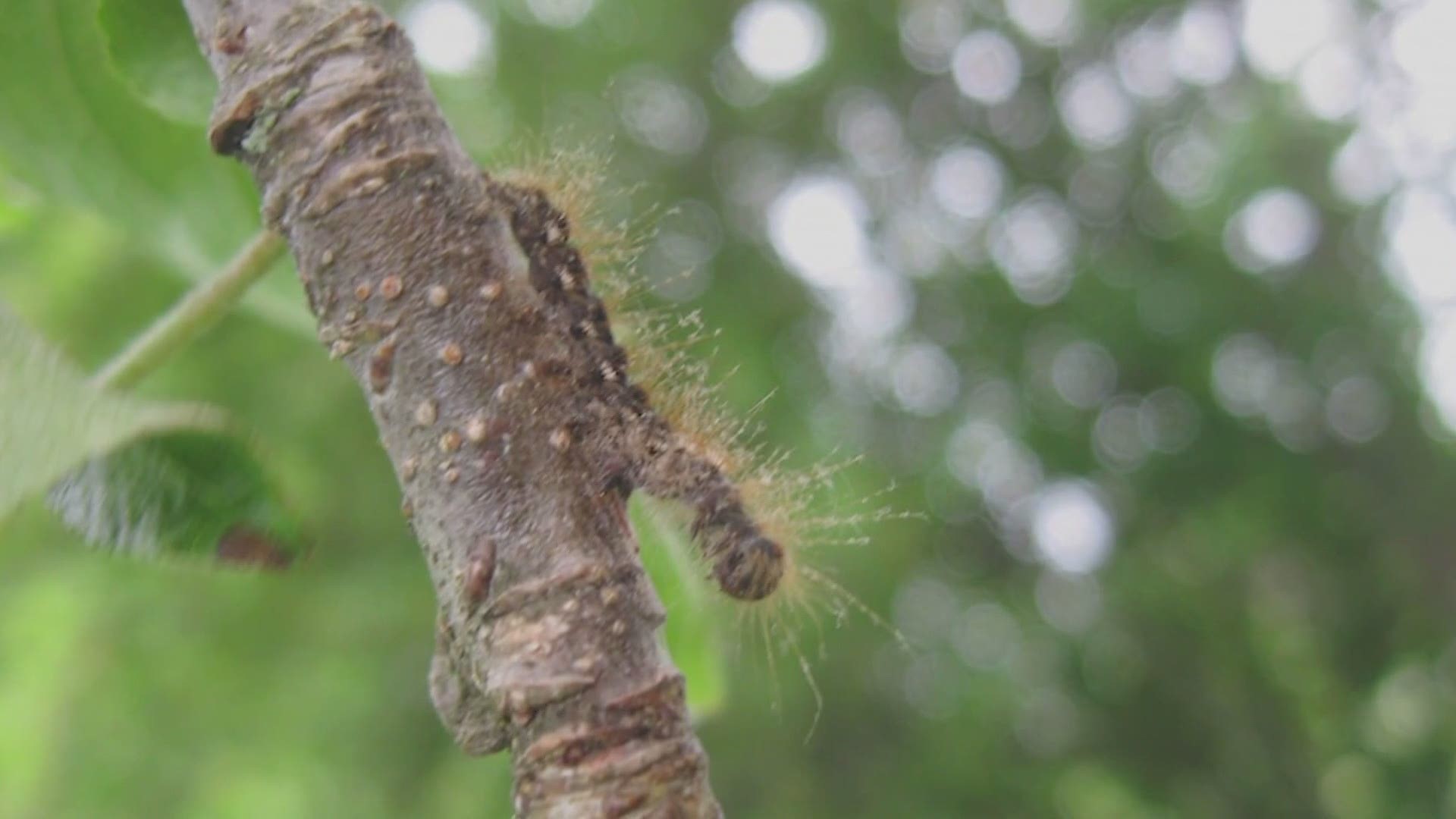 MAINE, USA — Browntail moth caterpillars are starting to emerge from their winter webs, and they're ready to do some damage.

Schmeelk said the most heavily impacted areas are usually Androscoggin, Kennebec, Knox, and Waldo counties. However, this year, he said his team found webs in every single county.

"The areas that have had high browntail populations in the last two to thee years, it will probably be pretty much the same for them," Schmeelk said.

Not only do these caterpillars damage trees, they also have toxic hairs, which can cause a rash on people.

"It's very similar to position ivy. So, likely just local dermatitis. Unless you are exposed to the nest or the web. Then you may have some lung issues, respiratory problems," Dr. Rung-Chi Li, an allergist at Northern Light Health, said.

Li said you can use topical steroids to treat the rashes.

"Over the counter you can buy hydrocortisone that should help. And then for the breathing, you probably need to see a doctor for that. Seek medical attention immediately," Li added.

Meanwhile, Schmeelk believes the large populations have something to do with weather. He said cool, wet springs create a fungus that kills the caterpillars, which he said didn't happen last year.

"If we do not get that cool wet weather in May and June, the caterpillars will continue business as usual," Schmeelk explained.

Both he and Dr. Li said to avoid areas with high infestations and avoid webs to stay healthy.

The state said the browntail moths are responsible for 153,000 acres of defoliation across Maine last year.

Experts say it will be another bad year of browntail moth caterpillars in Maine. What you need to know at 5. @newscentermaine pic.twitter.com/vQwQ8YQi43