Interns will spend the fall inspecting and grading residents on how well they recycle as part of a program to avoid recycling contamination and added sorting fees. 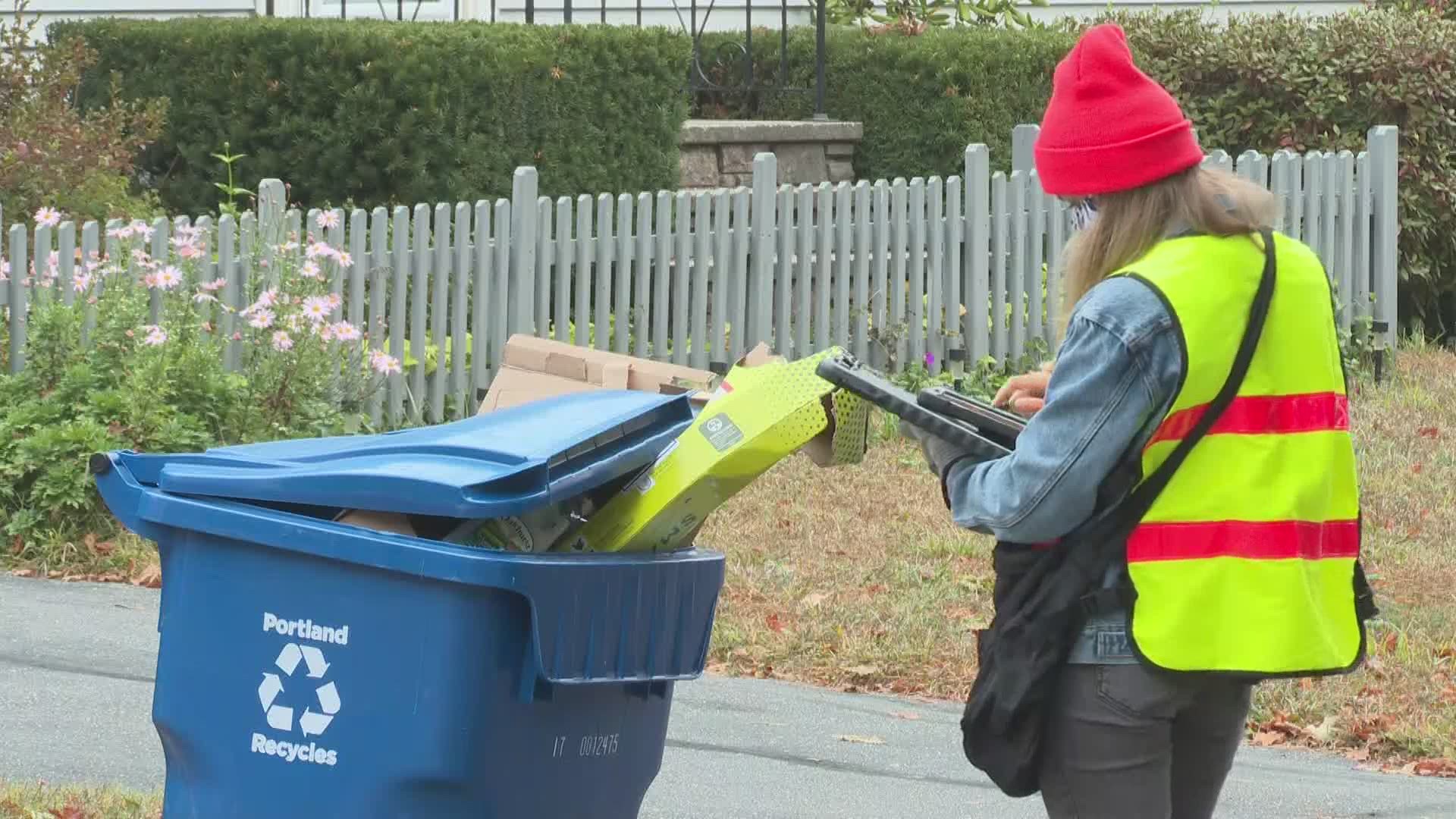 PORTLAND, Maine — It may normally cause concern to see someone poking around your recycling bin, but for some communities in Southern Maine, they are actually there to help you.

It's part of a program by ecomaine to help cities and towns save money by preventing recycling contamination and avoiding added sorting fees.

How well do YOU recycle? Well interns with @ecomaine could soon be letting you know if you live in Portland or Scarborough. It's part of a program to help town's save money on sorting fees and avoid recycling contamination @newscentermaine #wakeMEup pic.twitter.com/vP0xepEWHJ

The way the program works is interns with ecomaine walk through neighborhoods and peek inside each recycling bin to check for things that do not belong, without digging through. Once they've inspected, interns grade residents on how they did. Green tags for a job well done, yellow tags for loads with a few items that are not recyclable, and red tags for loads with too many items that cannot be recycled, including trash.

"People really do want to do to the right thing, so when they find out that maybe they included something that wasn't recyclable, they're really glad to learn," Grondin said.

The program began in 2019, starting in the South Portland and Westbrook communities. After a successful trial runs, interns will begin inspecting bins in Portland and Scarborough.

"I have always loved trash and recycling," said ecomaine intern Michelle Radley. "I know it's a strange thing to love, but I've been into it for a really long time."

Radley is one of the people who will be going around to communities and inspecting bins. Radley says she likes her role, because it provides a chance to talk with residents about sustainability and help them be better recyclers.

"Even if they come into the conversation initially not being sure, or upset that they're getting a wrong note, a simple conversation and letting them know why we're doing this and how we're benefiting them has been really great," she said.

According to ecomaine, during the trial program in Westbrook and South Portland, those communities helped decrease contamination by around 5%, saving an average of $4,000.

Ecomaine and the communities they're partnering with also send letters to residents who will be inspected, and only inspect on the surface of the bins to avoid an invasion of privacy.