Maine's early pops of color are being attributed to the statewide drought. The abundance of acorns is another story 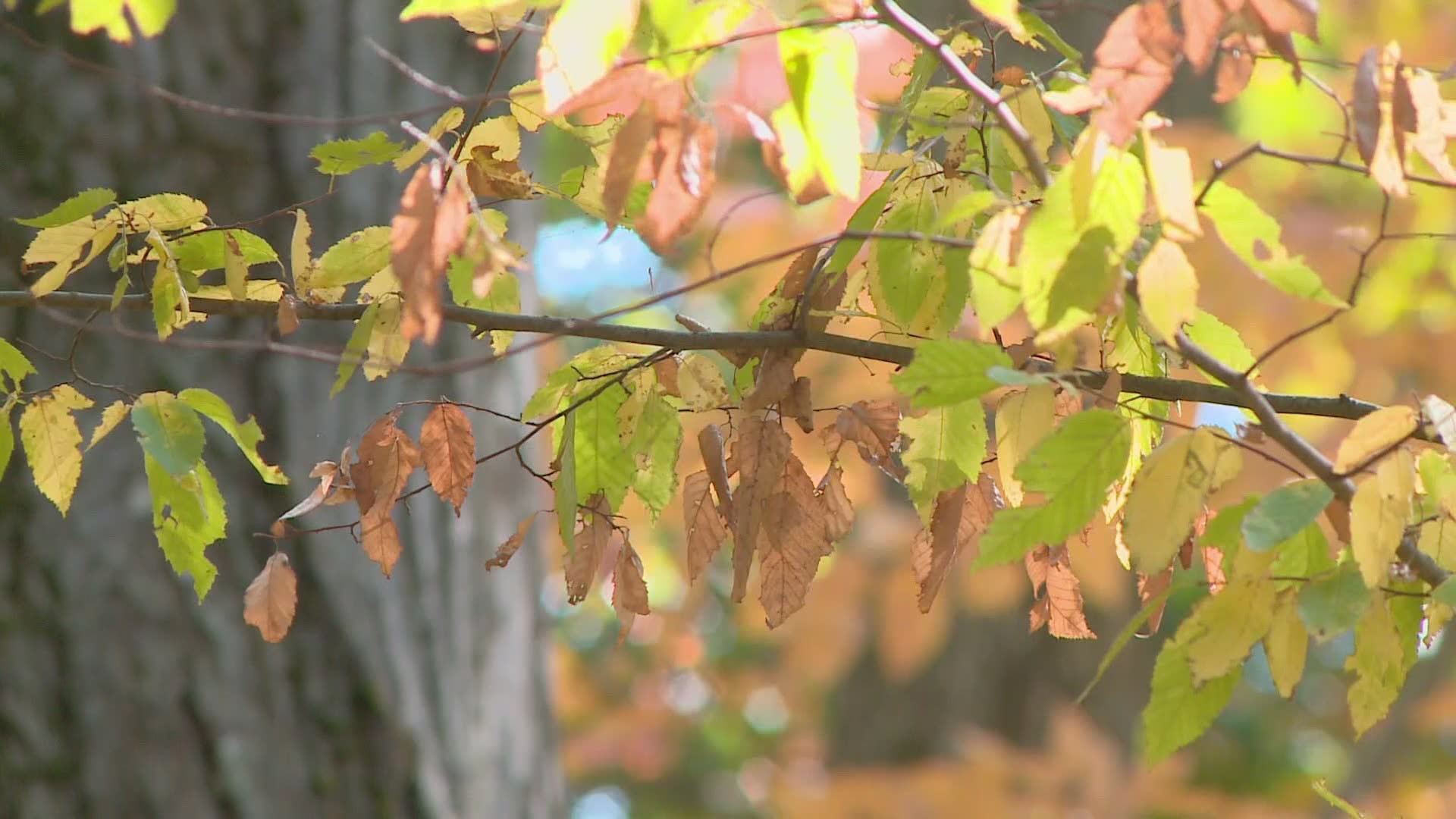 MAINE, USA — Maine's fall foliage season came a little early this year, some say because of the Maine drought.

"We usually think of early October as peak and I think it's coming quick," Portland's city arborist Jeff Tarling said.

"No question, a lot of influence is the drought that spurred on some of it but also weather conditions," he said.

Kevin Smith, a plant physiologist with the US Forest Service, agrees that the drought has impacted the timing of Maine's foliage season.

"The trees have been under moisture stress with the drought. I think that has helped contribute to the trees changing earlier but I've been pleasantly surprised by its color, the brilliancy is great," Smith said.

With the leaves already turning and 6ish hours of persistent wind and strong gusts, lots of leaves are going to be blown off tomorrow. If you want to see the foliage, might be worth taking a ride today https://t.co/ZVPDnwOQzQ

Smith, who studies tree trauma, says it's disease, not drought, that has him worried.

"Healthy trees may be under stress but healthy trees also produce the most beautiful foliage," Smith said.

Oak trees this year have produced have also produced something else: a lot of acorns.

"A large oak tree can have something like 10,000 acorns," Tarling said.

Tarling says acorns are in abundance this year but not because of weather conditions.

"Every few years we have a mast year, which is a high productive year for acorns. Also looking at weather conditions last spring when the trees were flowering and acorns were produced makes a big influence in how acorns are falling now," Tarling said.

Falling acorns may be a problem for homeowners, but not the wildlife that lives nearby.

Tarling said, "it's a really valuable food source for a lot of animals. An oak tree has a lot of environmental benefits."

The acorns won't be around forever and as we all know neither will the beautiful colors.

"The good thing is if you think about it it's a long season in Maine because there are so many different types of trees," Tarling said.

Smith agrees, saying, "the thing that makes New England particularly a destination for fall foliage viewing is the great variety of tree species we have and that variety produces different colors and also different timing."

Both Smith and Tarling agree the best thing people can do is get out and enjoy it.

Tarling says some of the best places to see foliage in Portland is Evergreen Cemetery, Mayor Baxter Woods, and Stroudwater Preserve.