Bird population falls 40% in Maine throughout the past 52 years

Field ecologist Rich MacDonald said there are many reasons why bird populations are in decline, but most come back to human behavior. 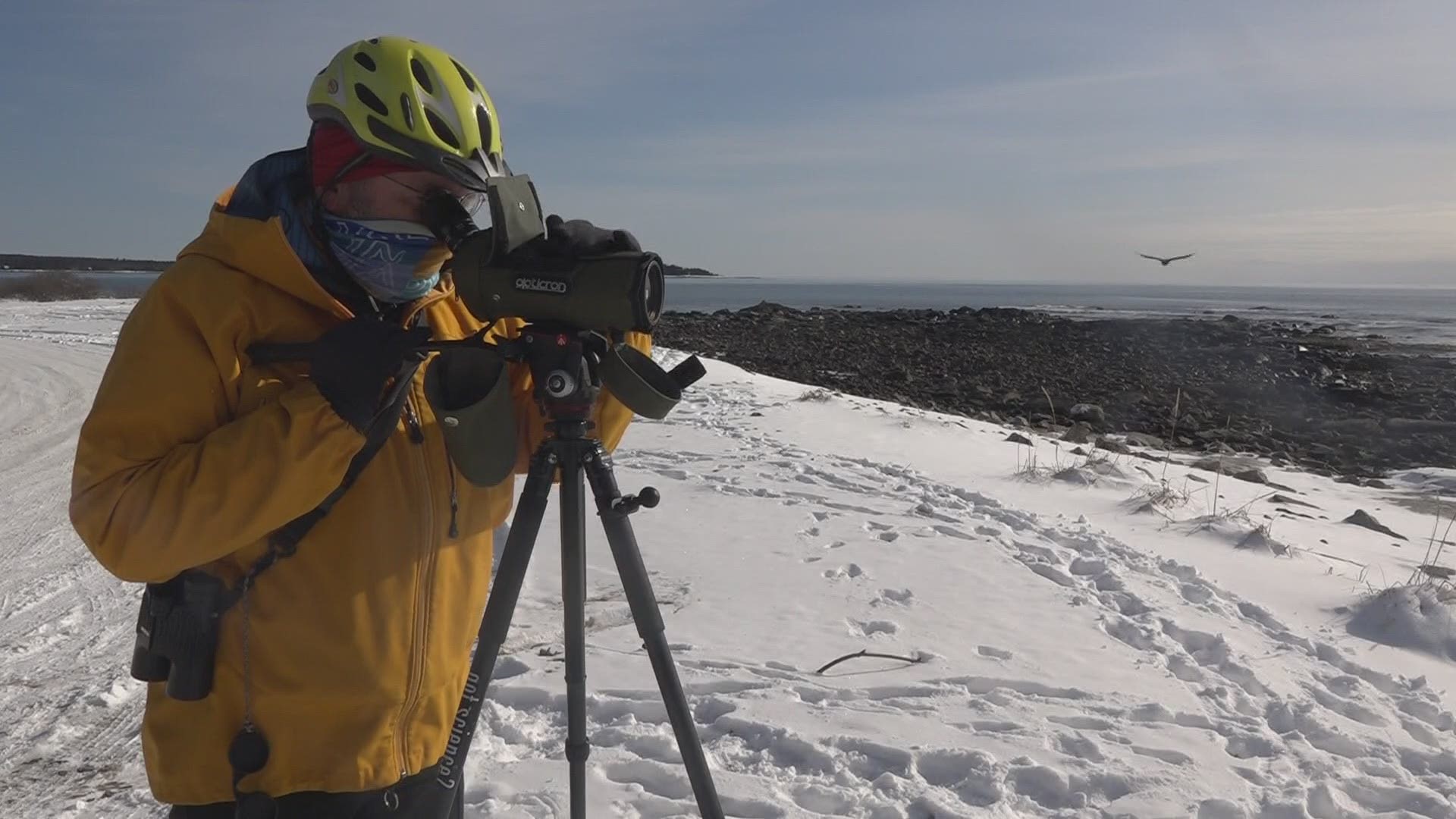 ACADIA, Maine — Maine is known to have beautiful wildlife, but some species of birds have been on the decline. The Schoodic Institute reports the total bird population has declined nearly 40 percent over the past 52 years.

Rich MacDonald is a naturalist, field biologist, and owner of The Natural History Center in Bar Harbor.

MacDonald has studied birds in Maine for decades, especially at Acadia National Park and Hancock County.

This past pandemic year, MacDonald focused his energy on writing a book including his bird findings, trends, and what people can do to help Maine's ecology. MacDonald said it starts by walking or biking more when staying local. He narrates day by day stories of birds at Acadia for a period of a year. His goal is to use birds to tell the story about climate change and what it has done to the bird population at the national park in Mount Desert Island.

"We do know from long-term studies that bird populations, for the most part, are on a state of decline, locally, nationally and globally, and the reasons are many, but most of the reasons come back to us: the way we've changed the habitat, changes of climate, things we do have a negative impact on most birds," MacDonald said.

The Schoodic Institute in Winter Harbor monitors the movement of birds. The Director of the Bird Ecology program Seth Benz told NEWS CENTER Maine that the institute does a winter study every year called the 'Christmas Bird Count,' where teams of people cover the same territories they've covered for years.

"Over that 52 year time period, we have noticed, about a 40 percent decline in the total number of birds that we are seeing," Benz said.

"A lot of changes in the bird population in Maine," MacDonald said.

For example, MacDonald said 20 years ago there were no Cardinals in Bar Harbor, and now there are plenty. Another example? Tufted Titmouse birds were never in Maine, now they are here.

But we've also lost some birds. "We used to have Boreal Chickadee and Gray Jay and those birds have shifted their range north and we don't have them here on MDI anymore," MacDonald added.

Some of the reasons bird populations are in decline in Maine include:

"The Gulf of Maine here is warming faster than any other body of water on the planet, which means it's changing the forage fish composition and the puffins are having a harder time finding the food they prefer to eat," MacDonald said.

"We are lucky in Acadia National park because it is a protected landscape," Benz said.

MacDonald said to plan your time so we are driving a bit less to help the environment.

MacDonald just released "Little Big Year: Chasing Acadia's Birds." The book can be found at many bookstores in Maine, on Amazon, or by emailing Rich at rich@thenaturalhistory.com at costs of $19.95.

'The Great Backyard Bird Count' took place over the weekend, ecologists from Maine Audubon ask people living in Maine every year to spend at least 15 minutes watching birds and uploading the data they gather. More information on the count can be found here.