The Maine DACF says it appears the coloring was caused by "pigment from the bodies of flying insects deposited on the shore by waves." 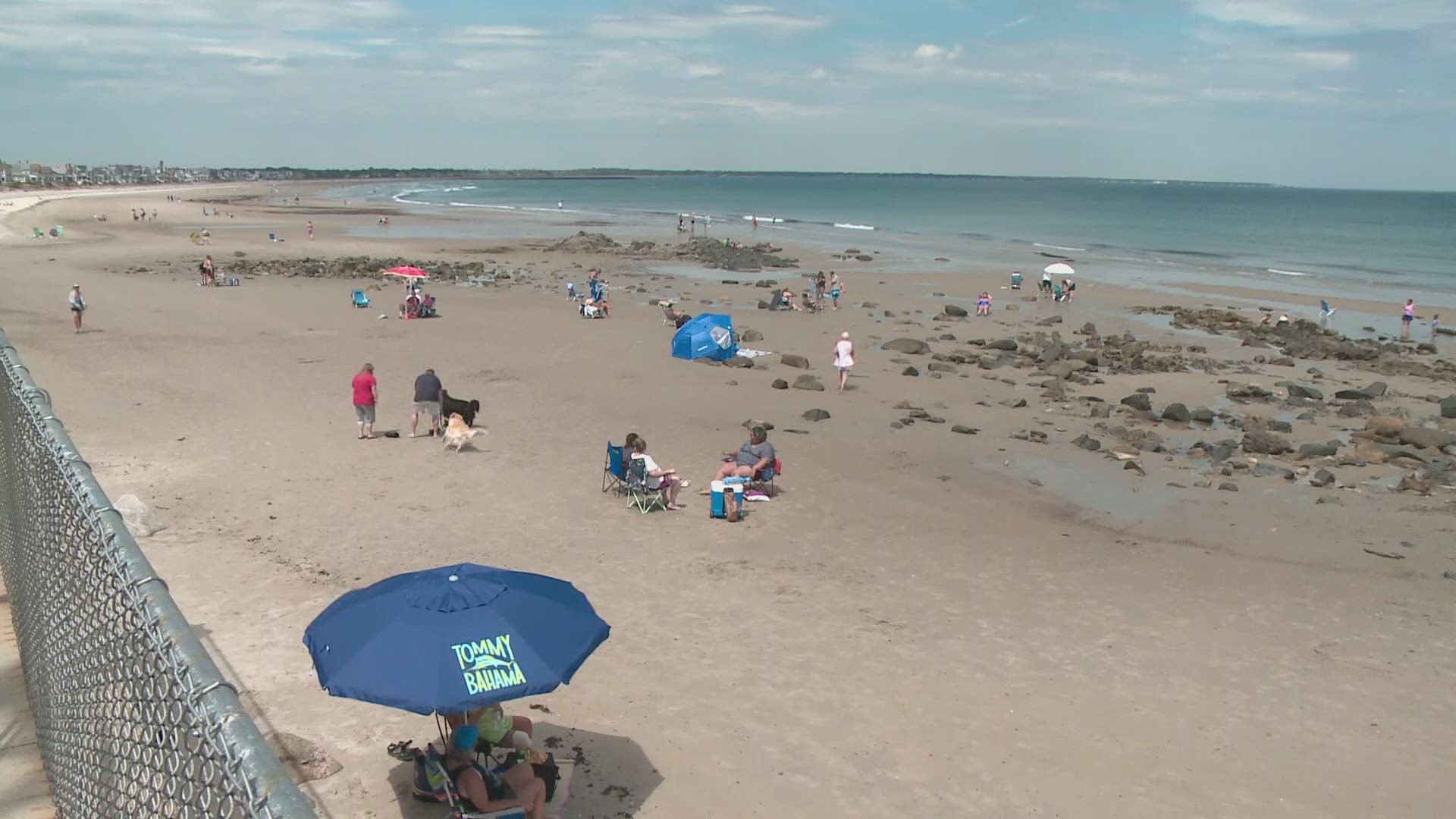 YORK, Maine — People trying to chill out on certain beaches in southern Maine flocked to the cold, June water on Monday. But when some of them in York, Wells, and Ogunquit looked down at their feet, they found a black residue. The Maine Department of Agriculture, Conservation and Forestry (DACF) says flying insects may be the source of the bizarre stains.

On Monday, Kim Hurst of New Ipswich, N.H., said there was black along the shores of York Beach, “and then when I got back to the campground where I’m staying, I had some black on my feet.”

“Going back to the campground, people asked us if we’d seen any of the black. They were washing with soap and water trying to get it off,” she said.

With baby wipes, Hurst was able to get her feet back to normal.

York resident Alyssa Mewer and her family weren’t so lucky. Mewer told NEWS CENTER Maine even after multiple showers and scrubbing, they couldn’t get the stain off their feet.

Mewer, who has lived in Maine her whole life, said she and her family went to York Harbor Beach Monday evening. They didn’t notice anything out of the ordinary except for a lot of seaweed with a reddish tint on the shore. She said they also noticed small bugs in the shallows as the tide went out, which she said they hadn’t noticed there before.

“I've lived here for 41 years, going to the beach regularly,” she said. “We have never experienced this before…and I want to know what it is.”

She said each member of her family who was at the beach Monday evening is stained with different hues of greens and blues.

“It looks like I walked through the blueberry field barefoot,” she said. Her sister’s feet are black with an almost shiny green tint. Her kids' feet are more of a blueish color.

"It's just strange and it's kind of strange that it won't really come off very easily," Mewer said. "So more than anything, we're just curious."

The town of York says the Maine Department of Environmental Protection (DEP) followed up with site visits to the beaches in Wells, York, and Ogunquit after receiving the report about the residue.

“Staff is currently collecting samples for processing, however, we do not believe this is oil or a petroleum-based product that has washed up onto the affected beaches,” Maine DEP spokesperson David Madore said in a statement.

Maine DACF spokesperson Jim Britt told NEWS CENTER Maine it appears the coloring was caused by "pigment from the bodies of flying insects deposited on the shore by waves," and that's all they know at this time.

“I'm just really curious to know what it is,” Mewer said. “We’re kind of laughing about it … but at the same time we are curious … is it anything that’s harmful on our skin?”

According to NEWS CENTER Maine's partners at the Portland Press Herald, a marine geologist with the Maine Geological Survey, Steve Dickson, said the black sludge Hurst and others saw on the beach was the collective carcasses of millions of dead insects. He explained that the bugs float in the water and settle on the shore when the tide goes out.

“This is the first time I’ve seen or heard of this in my 35 years,” Dickson told the Press Herald. “Normally this time of year we get calls about too much seaweed (wrack) on the beach and the swarming flies that hang around the decaying seaweed. This wasn’t that.”

Dickson told the Press Herald he's working with entomologists on finding out where the millions of bugs came from, but he said he doesn't expect it to be a recurring phenomenon.