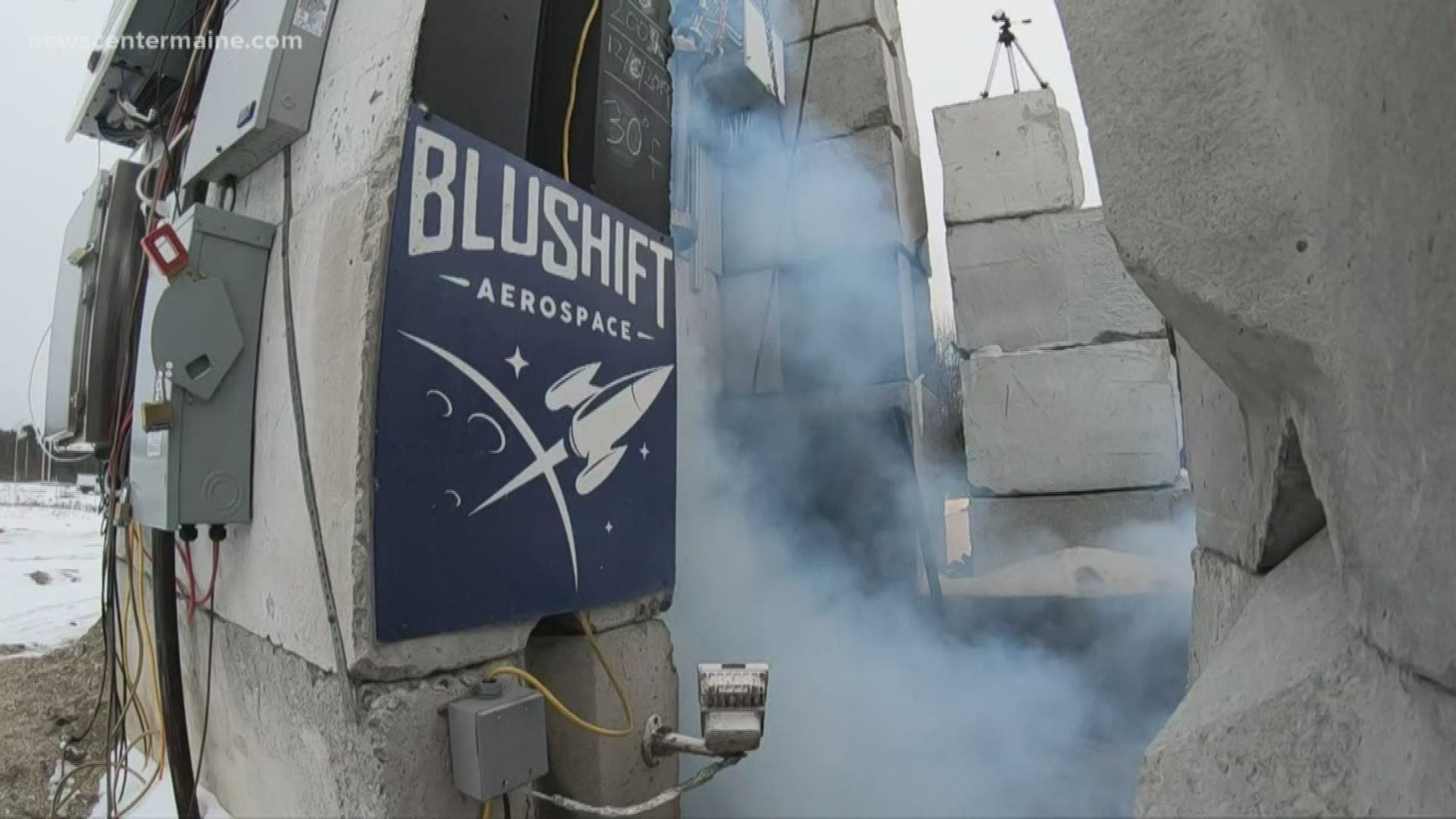 BRUNSWICK, Maine — In a snow-covered field Friday afternoon, Sascha Deri and the team at bluShift Aerospace loaded bio-derived fuel into a six-inch rocket engine, then headed back to the control room.

There, engineer Luke Sandon clicked a mouse and the team watched for the orange-yellow glow of an exhaust plume.

The engine burned for about six seconds -- but the burn wasn't stable, and was not what the team had hoped for.

A tube blew during ignition, says Deri, who founded bluShift. It's not a huge setback, but not what they'd hoped for.

Still, the new, larger engine is progress toward fulfilling a requirement of the $125,000 NASA grant the company was awarded.

Powered by biofuel, the engines will eventually launch nanosatellites – or "cube sats" – into orbit.

The start-up company is part of a "New Space" industry slated to generate up to $68 billion by 2030.

Brunswick Landing could soon become a hub for the New Space industry.

Legislation proposed by Sen. Shenna Bellows, D-Manchester, to be considered during this legislative session, would fund a study of the feasibility of a Space Port to attract aerospace companies and bring some that $68 billion to Maine.

RELATED: Billion-dollar 'Space Port' business could be headed to Maine if state legislator has her way