Out of 1,760 entries, 16-year-old Vetri Vel moves to the final round of the Regeneron Science Talent Search competition, after creating a "fall detection" program. 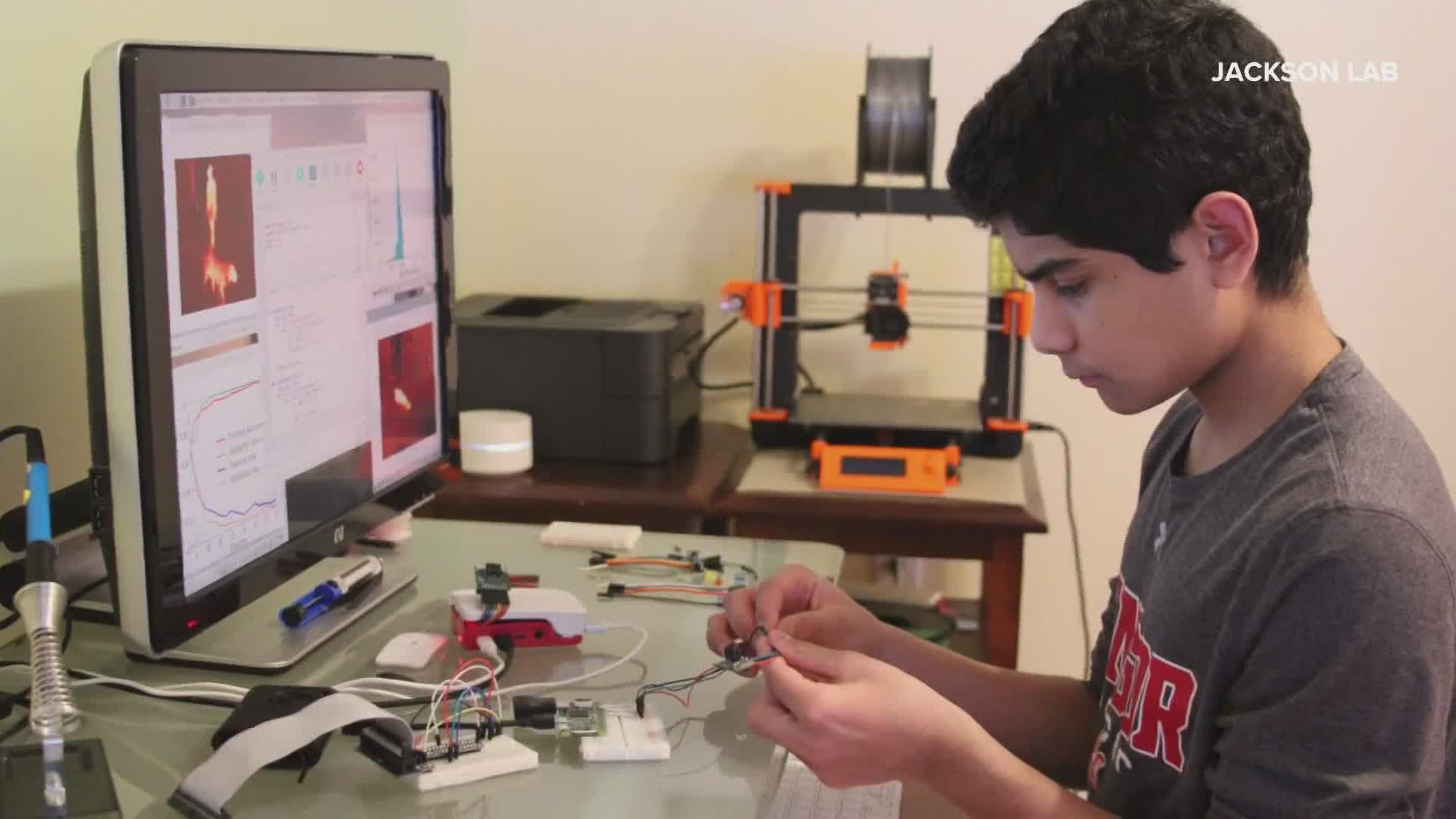 BANGOR, Maine — At just 16, Vetri Vel is putting Bangor on the map in terms of STEM studies.

He's competing in the oldest and most prestigious science and math competition in the nation, the Regeneron Science Talent Search. Out of 1,760 project entries, Vel has made it to the top 40.

The 'Talent Search' focuses on identifying the nation's most promising young scientists who are creating ideas that could solve society's most urgent challenges.

"My research was on developing a real-time fall detection system for the elderly, and the motivation for this was that I heard many instances of older adults falling and not getting help for hours or days," says Vel.

How it works is the system monitors your space using a low-resolution thermal camera and a small computer called a Raspberry Pi.

Vetri Vel is the youngest and only Mainer who made it to the top 40 of the @Regeneron @Society4Science nation-wide #STEM competition for high schoolers. He made a ‘Fall Detection System’ for the elderly. Tune in at 6 @newscentermaine to learn more about his top-notch project! pic.twitter.com/91FXJfmMPa

Vetri is the only Mainer to make it to the top 40 finalists this year and is the youngest in the top 40. This specific competition is just for high school seniors.

Vetri found through CDC stats that each year. 25% of elderly adults fall, and in 20% of cases, the individual remains stuck on the floor for more than an hour before getting help. His project may lead to fewer hospitalizations for seniors after a fall, which is the leading cause of fatalities among the elderly.

"It can send an automated phone call or text message, and a text message would be good because then it can also attach the imaging so that you can look at it yourself and decide if you want to drive over and check on them," says Vel.

Vel hopes to make a difference in elderly lives with his  'Fall Detection' system.

"This system would be especially effective in nursing homes, where they tend to be short-staffed and you can't always be checking on the person," says Vel.

Cary James was the STEM coordinator at Bangor High School for decades. James has retired but continues to mentor Vel, specifically on how to present his research project. James says Vel is a role model for other Maine students.

"You've got a kid who did this work at home, you don't have to go to a high tech laboratory and have sophisticated equipment, you can do it in your house," adds James.

Bangor High School's Department Chair and STEM coordinator Barabara Stewart says, "He just has so many ideas, and is kind of always thinking, always creating. That love of learning is really what you can learn from Vetri."

According to the Bangor School Department, Bangor High School will receive $2,000 to use to promote student research in STEM (Science, Technology, Engineering, and Math) fields.

“This year’s finalists represent many of our nation’s most promising young scientists who, even during a global pandemic, are using their ingenuity, resourcefulness, and STEM skills to work toward a better future," said George D. Yancopoulos, President and Chief Scientific Officer of Regeneron. "I can only hope that their STS experience further inspires them to take on and help solve the biggest challenges facing mankind – from climate change to disease and future pandemics.”

The finalists will participate in a virtual competition from March 10-17, 2021, where they will undergo a rigorous virtual judging process to compete for more than $1.8 million in awards. They will also have an opportunity to interact with leading scientists and display their projects to the public during a virtual event on March 14. Usually held in person in Washington, D.C., the 2021 competition will take place virtually in order to keep the finalists and their families safe during the ongoing pandemic.

Whether he wins or loses, this competition won't stop Vetri Vel from using his mind to make a difference.

"I think Vetri is going to be a kid who is really going to contribute at a high level to society, in a positive way," says James.