Two Maine astronauts to be in space at the same time

Maine astronauts Dr. Jessica Meir and former Navy SEAL Chris Cassidy will be in the ISS at the same time when Cassidy's crew arrives to relieve Meir's. 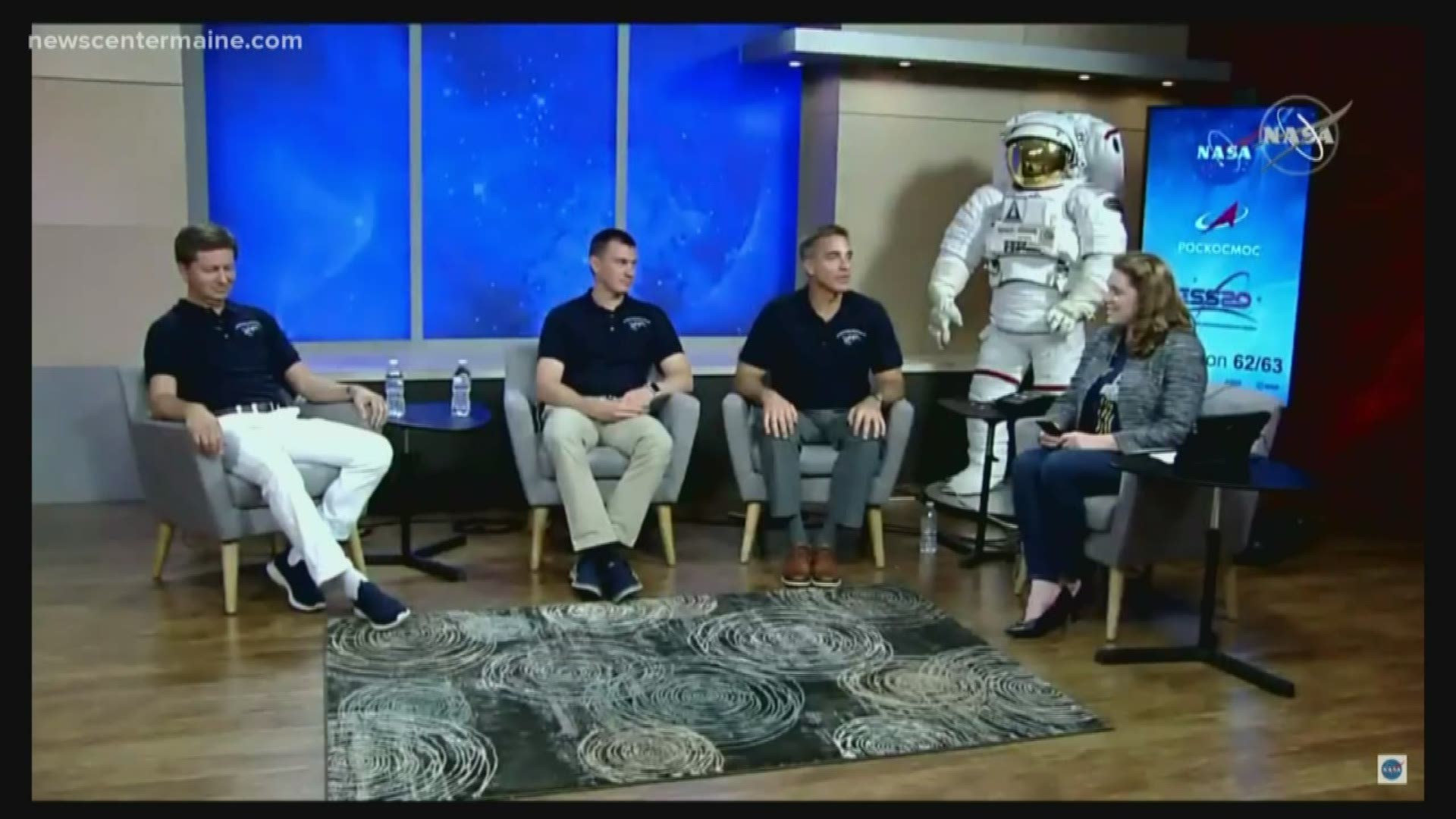 MAINE, USA — NASA astronaut Chris Cassidy is scheduled to return to the International Space Station in April for Expedition 63.

He will be joining the Russian space agency's cosmonauts Nokolai Tikhonov and Andrei Babkin. They will discuss the details of that mission on Thursday, Nov. 7 from NASA's Johnson Space Center in Houston.

This is Dr. Meir's first mission into space. She was one half of the first all-female spacewalk team with Astronaut Christina Koch.

Mission 63 will be Cassidy's third mission into space.

When astronauts Meir, Morgan and Skripochka leave the orbital outpost in April, Cassidy will become commander of Expedition 63.

He and his crewmates are expected to remain aboard the station until October 2020.

Meir was born and raised in Caribou. She graduated from Caribou High School in 1995.

Cassidy spent 11 years as a member of the U.S. Navy SEAL Team. He made four six‐month deployments: two to Afghanistan, and two to the Mediterranean.