On Monday, two Maine astronauts answered questions from students. Maine natives Chris Cassidy and Jessica Meir are together at the International Space Station. 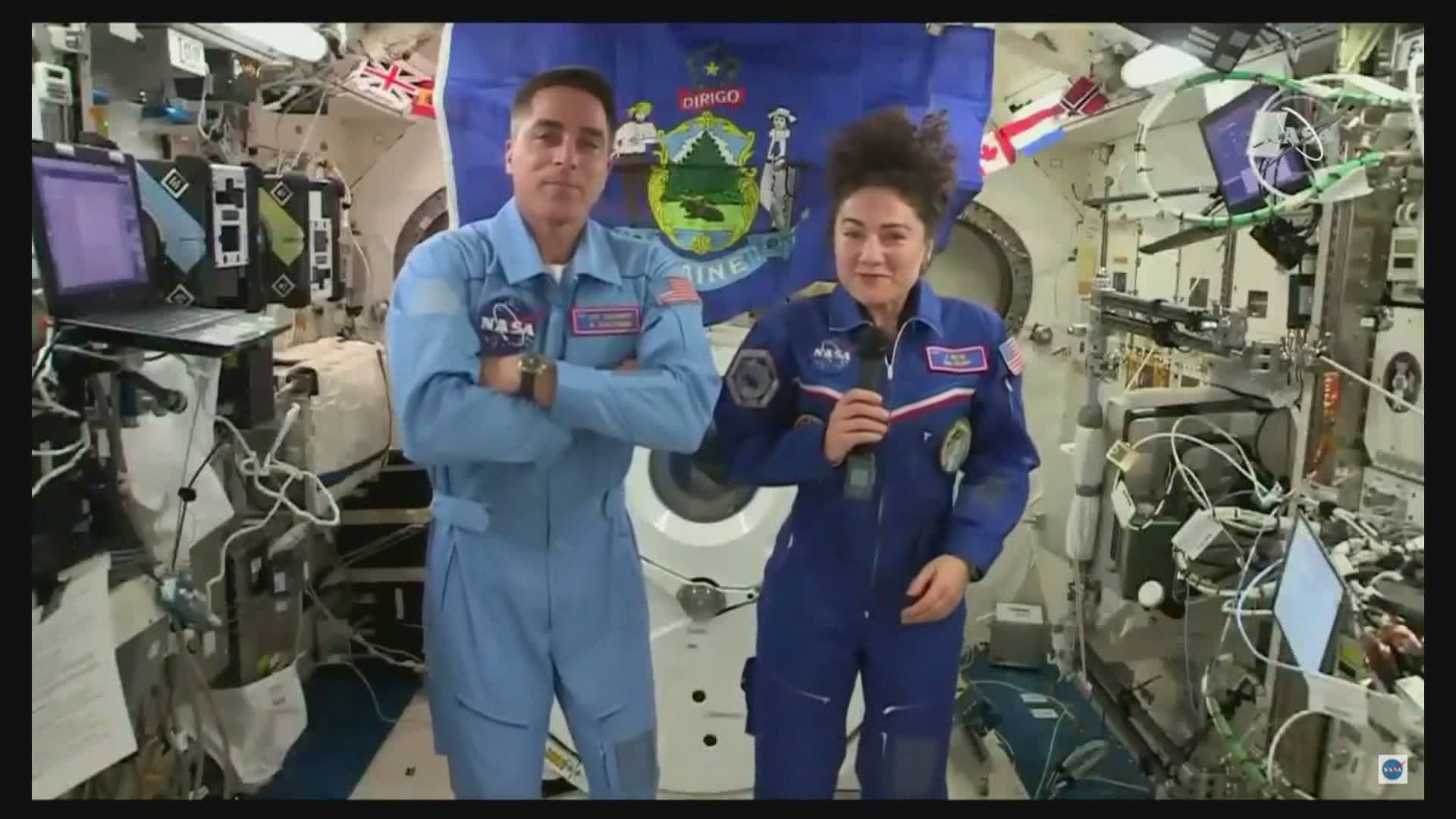 MAINE, USA — Right now, 1/3 of the astronauts in space are Mainers!

This conversation is a little bit different than those in the past because of COVID-19, but organizers say it's also an opportunity to get more people involved.

"We have two astronauts which is insane because there's only 50," 15-year-old Wynn Therrien said.

"I asked them about what it was like growing up in Maine and how that had an impact on their training and their time in space," he added.

This NASA downlink is a little bit different than most.

It was originally going to be at the Collins Center on the University of Maine's Orono campus. But because of COVID-19, students instead had to record themselves asking their questions in advance.

"There would have been thousands of kids at our event today so we're disappointed of course that that piece can't happen," Jen Therrien, education director at the Challenger Learning Center in Bangor, said.

Instead, this format now allows for more people to be involved.

"It actually opened up how many students were eligible,"

To watch Cassidy and Meir talk to Maine kids, head over to NASA TV.

RELATED: Two Maine astronauts are in space at the same time

RELATED: No family, fanfare for NASA astronaut of Maine launching next month