Lawmakers and education leaders say part of the solution is expanding Career and Technical Education, known as CTE. 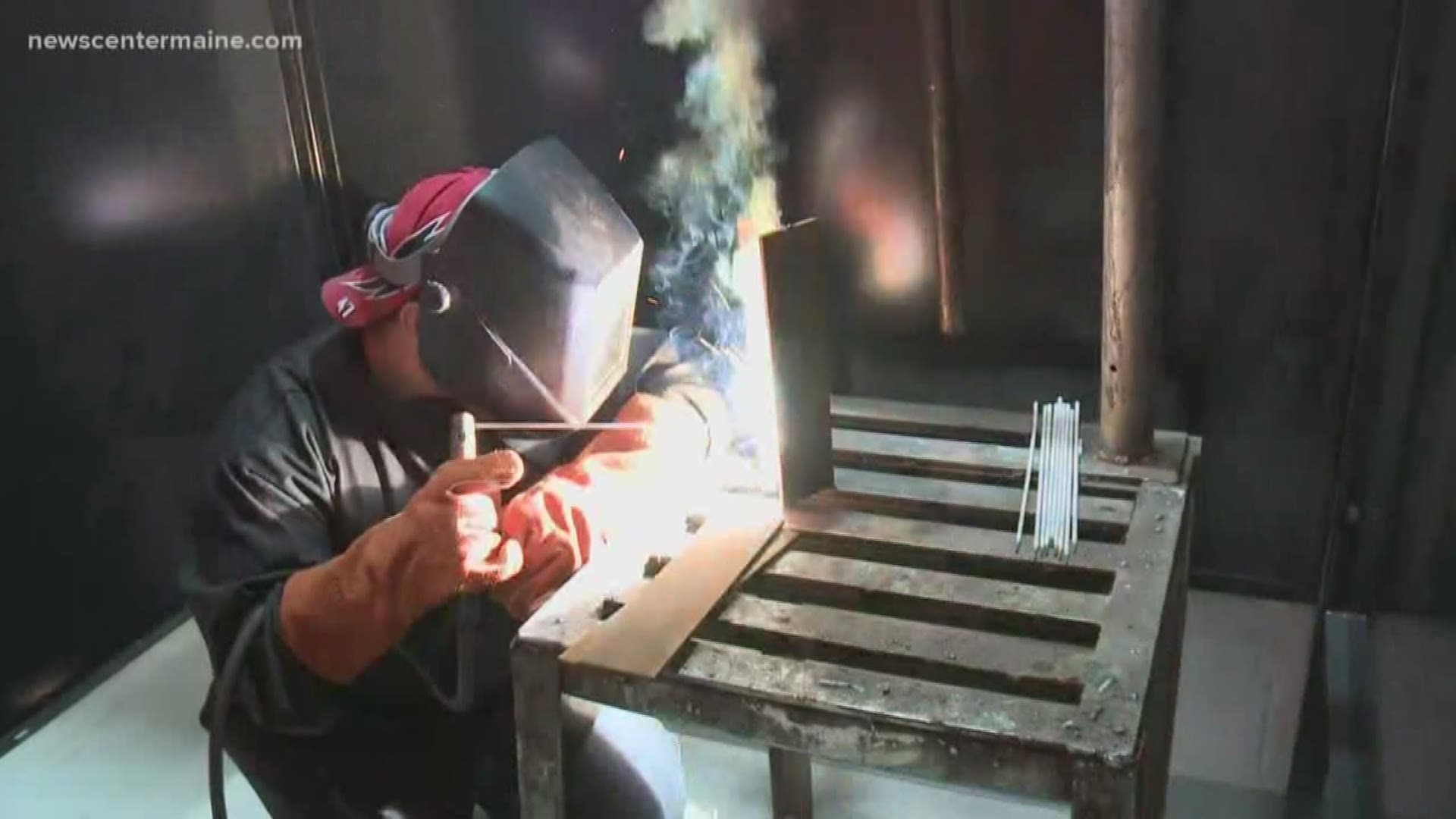 MAINE, USA — At a time when Maine is facing an increasing shortage of skilled workers, lawmakers and education leaders say part of the solution is expanding Career and Technical Education, known as CTE.

With the support of business and CTE leaders from around the state, Rep. Ryan Fecteau (D-Biddeford) is asking the Legislature to support a $20 million bond to provide much-needed infusion of money to upgrade buildings and replace outdated equipment in the schools.

“There are 27 CTE schools in Maine that serve more than 8,000 high school students and many more in adult ed,” Fecteau said at a State House press conference. “And yet, CTE has not received a significant statewide investment for facilities and capital improvement since a bond in 1998, for $5 million dollars.”

Some communities, including those in the Rockland area, have invested in modern CTE schools. But others have facilities as much as fifty years old. Biddeford is one of those, and Paulette Bonneau of the Center for Technology said Thursday the building needs a lot of work.

“Although the structure is OK, the infrastructure definitely needs help,” said Bonneau explaining that all the building’s systems need to be updated as well as the equipment that students work with for hands-on learning.

That point was driven home by another CTE director, Kevin Michaud of the Waldo County Tech Center. He said diesel engines are far too old to properly prepare the students for jobs they’ll be taking.

“We’re trying to get kids there to be on the cutting edge,” Michaud told NEWS CENTER Maine. “Because what happens is a kid leaves our program and they go to work at Milton Cat or another place they’re coming back telling us that “we had no idea about this or that and could have learned it if we had better equipment”, or more modern equipment that isn’t 30, 40, 50-years-old.”

The Legislature was asked to pass a $4 million bond for CTE last year, but it didn’t get enough support to be sent to voters. This year, the Governor is proposing $3 million for CTE in her supplemental budget.

Both Rep. Fecteau and Sen. Herbig say more is needed, especially for schools that have the most outdated equipment.

"Our education system needs more funding and more support to train kids for local jobs, more local training for local jobs and those jobs are in the trades,” Herbig said.