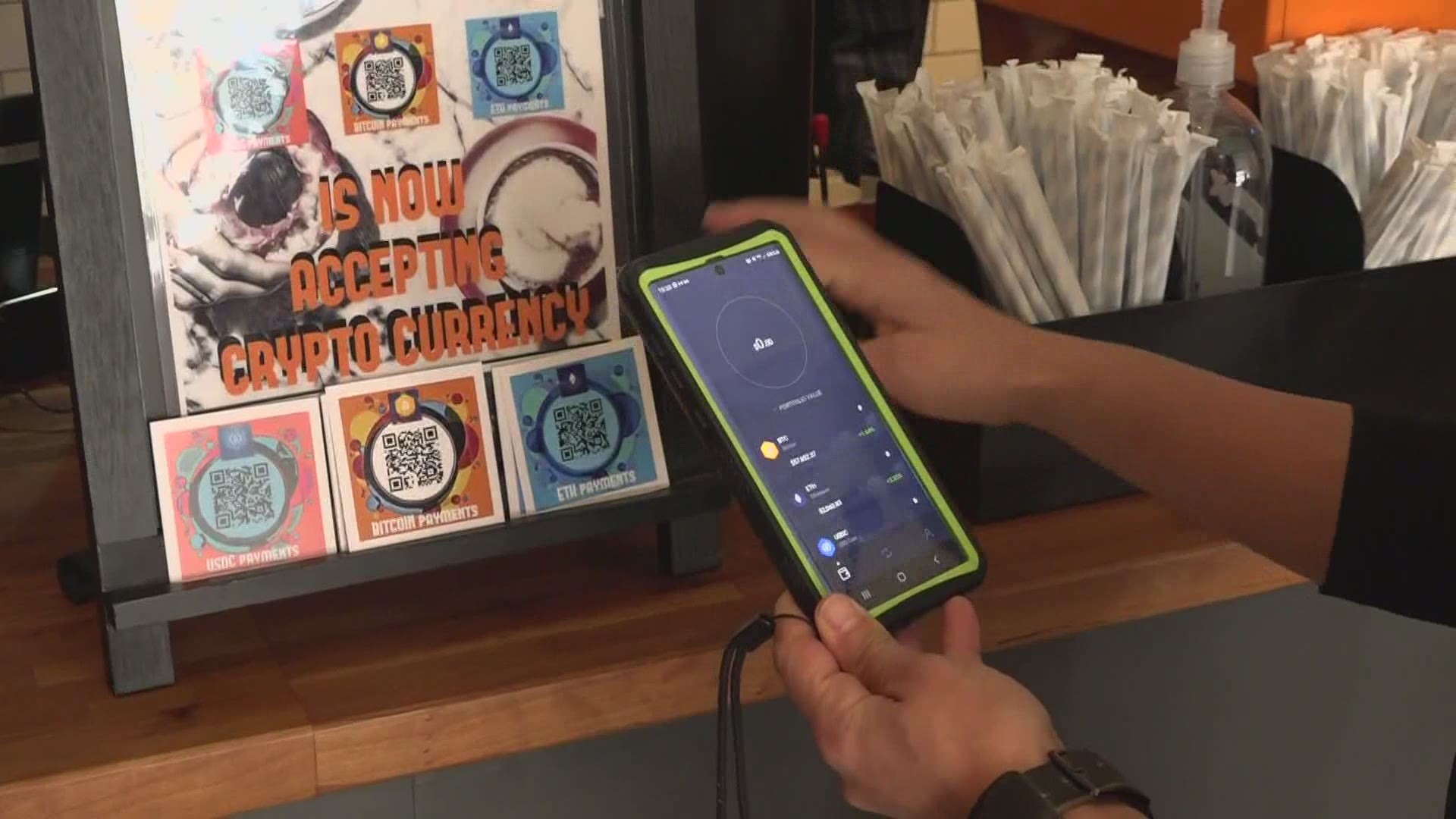 PORTLAND, Maine — There's a new way to purchase a donut or coffee at HiFi Donuts in Portland.

"We wanted to offer the ability for anyone to pay any form that they wish to," owner Melissa Selvon said.

Selvon said HiFi Donuts is now accepting Bitcoin and other cryptocurrencies through an app.

"You enter the dollar amount into your wallet. That will then do a conversion into whatever coin you want to use and then you just send it to the QSR code and show the transaction has been completed. And it's instantaneous as that, and goes straight into our account," Selvon explained.

"A cryptocurrency at it's basic form—it's a holder of value. It is a way that we can transfer value from one person to another that removes an awful lot of the middle man," John Austin, chair of business at the University of New England, said.

"Just like any asset, think of it [like]stocks," he said. "It fluctuates based on how many buyers and how many sellers there are."

He said because of that, the payment method could be better for investments, rather than buying a donut.

"That donut that you purchased today, for $3, the amount of cryptocurrency you bought that donut with today, may actually be worth $6 in a few days. So that donut costs you $6," Austin said.

Other companies like Tesla are also accepting cryptocurrency. Austin said it's a way for businesses to be innovative and experimental. He said there are also customers who are passionate about it.

"There is a real advantage to a business to being able to be at the leading edge of this," Austin said.

Selvon believes this method is the way of the future and thinks other businesses will jump on board.