California-based Nautilus Data Technologies will locate its newest data center at the site of the former Millinocket mill, which has been closed since 2008. 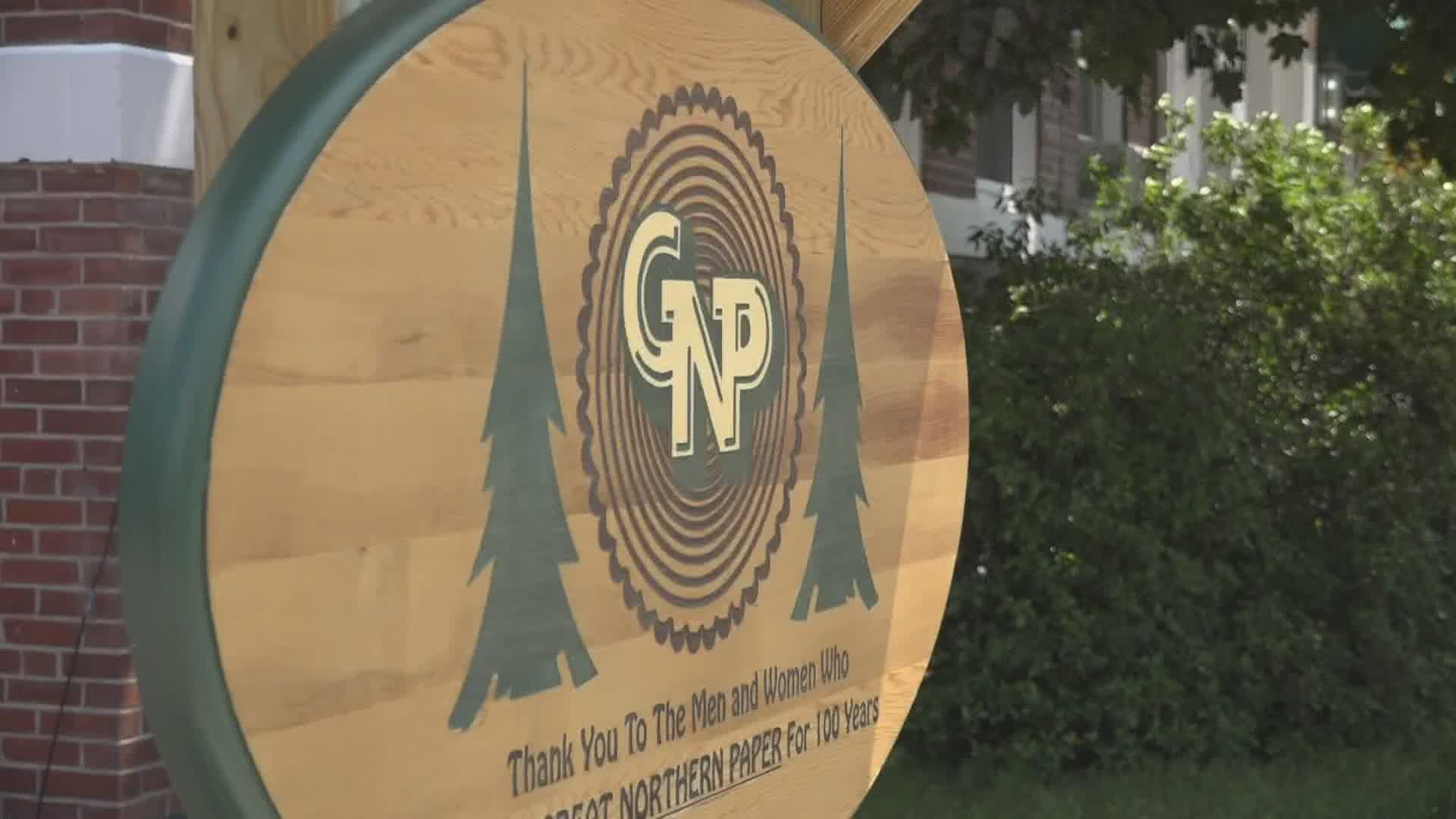 MILLINOCKET, Maine — When the Great Northern Paper mill in Millinocket opened more than 100 years ago, it was the biggest mill of its kind in the world. The innovative technology inside the facility allowed for the communities outside to grow and thrive.

The mill closed down in 2008 and marked the end of a way of life for hundreds of local residents, including the current interim town manager Richard Angotti who has lived in Millinocket his whole life and worked for 40 years at the mill.

But Angotti had a reason to be optimistic when talking about the future of the mill Tuesday as the site that has stood in his town for a century will soon be home to a new company.

“Now here’s the opportunity to turn the lights back on and become the magic city that we once were," he said.

On Saturday, Nautilus Data Technology entered into a 99-year lease with Our Katahdin, a non-profit organization that also owns the site. The agreement will allow Nautilus to begin its first phase of a $300 million project to renovate the old paper mill.

The California-based company will build a state-of-the-art data center campus in a 13-acre section of the 1,400-acre multi-industrial site. According to a release, Nautilus' technology cuts carbon emissions by 30 percent and reduces water consumption by 100 percent.

“We are delighted to be working with Our Katahdin and our respective partners to build a world-class, reliable, and ultra-efficient data center. By combining our technology, the unique assets of the Millinocket site, and Our Katahdin’s community mission, we will create one of the most efficient, greenest, and most socially responsible data centers in the world,” said James Connaughton, CEO of Nautilus, in the same release.

Over the life of the project, more than 100 construction jobs are expected to be filled to complete the renovation and revitalization work at the old mill.

The first phase of the project is expected to be operating by late 2022, but it's a good start to a redevelopment of the whole site according to Angotti and Steve Sanders the Director of Mill Site Redevelopment for Our Katahdin.

“[The location has] access to the forest resources, proximity to the markets in the east coast, those still exist so we’re confident others will see the same value," Sanders said.

The Millinocket native also mentioned the deal took about four years to come together and said having Nautilis as an anchor tenant, the first one on location, should help attract more businesses.

As Sanders and others worked on this plan for years, Angotti added that teamwork mentality will need to continue if the town of Millinocket and the entire region want to restore the local economy.

The mill workers back in the early 1900s were some of the first to use innovative technology in Millinocket, Maine. In 2022, a new wave of workers will sit down in the same site and work with current state-of-the-art technology a few generations later.