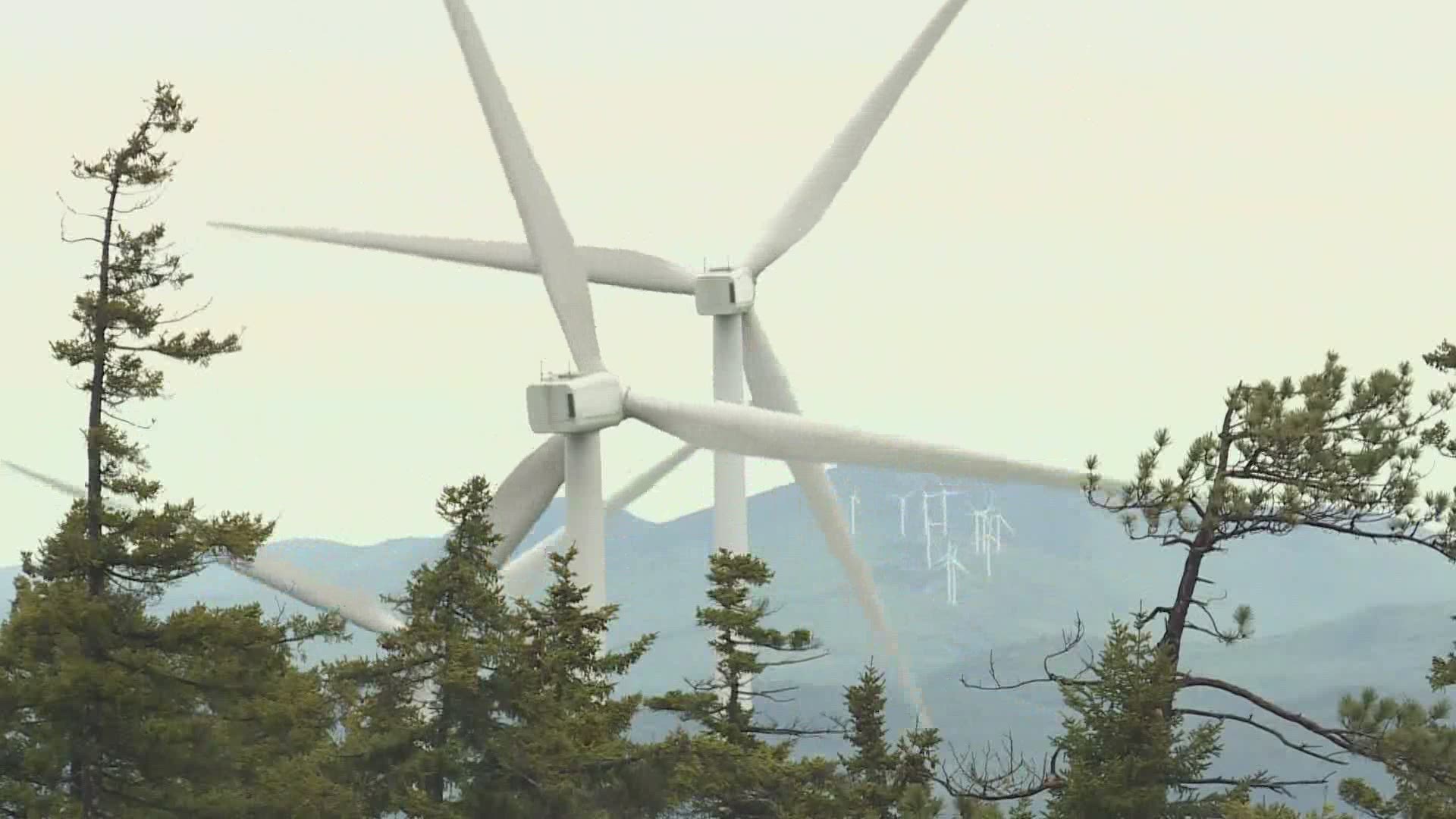 “I believe it is critical that we take action and seize this economic and environmental opportunity," he said.

Jackson spoke of an opportunity to capitalize on renewable energy resources in his home district in Aroostook County. On Tuesday, Jackson introduced L.D. 1710, An Act To Require Prompt and Effective Use of the Renewable Energy Resources of Northern Maine.

“We’re all Mainers and what’s good for one part of Maine is good for all of Maine," he said.

The bill would establish the Northern Maine Renewable Energy Development Program, to be administered by the Maine Public Utilities Commission (PUC) to remove obstacles to the use of and promote the development of renewable energy resources in northern Maine.

The program would build a transmission line to connect northern Maine to the ISO-New England system.

According to the bill, the PUC is required to come to a contractual agreement with one or more transmission and distribution utilities for the construction of the transmission line or lines.

On Tuesday, Jackson's introduction of the bill was followed by several hours of public testimony. No one testified against the proposed legislation.

“Northern Maine, I’ve always argued, has been in a recession or a depression for perhaps 50 years or more," committee chairman Sen. Mark Lawerence, D-Eliot, said.

Lawerence said that including the northern part of the state in future economic, energy, and technology plans is one of his priorities for the committee this session.

Paul Towle, the president of the Aroostook Partnership, testified that the project is one of the largest economic opportunities ever in his region.

“We’ve been waiting for decades for an opportunity to produce our renewable energy up here and get it to the markets where it’s needed," he said.

Anthony Hourihan of Irving Woodland said many renewable energy projects are ready to break ground, but argued it does not make financial or logistical sense for one individual project to construct its own transmission line.

The most efficient method, he and others said, would have all renewable energy projects and utilities use the transmission line proposed in the legislation.

“There is no cheaper power in Maine that will come out of Aroostook County wind projects, anywhere. [Renewable energy is a] great resource in Aroostook County, we just can’t get it out,” he said.

Brandon Casey of the American Clean Power Association said the typical residential customer wouldn't see that much of an increase in their monthly utility bill. He said it would increase by less than one percent, on average.

Sen. Jackson said the time is now to take legislative action on the matter, in more ways than one. A spokesperson for Mills said the transmission of energy is a key component to the state's renewable energy future.

Some speakers, including a representative from the PUC, asked who would own the transmission line if it is built.

The bill will now move to a working session, where the language of the legislation may be modified to address the concerns brought up Tuesday.