When it comes to boosting broadband in the Pine Tree State everyone can play a role with just a few clicks. 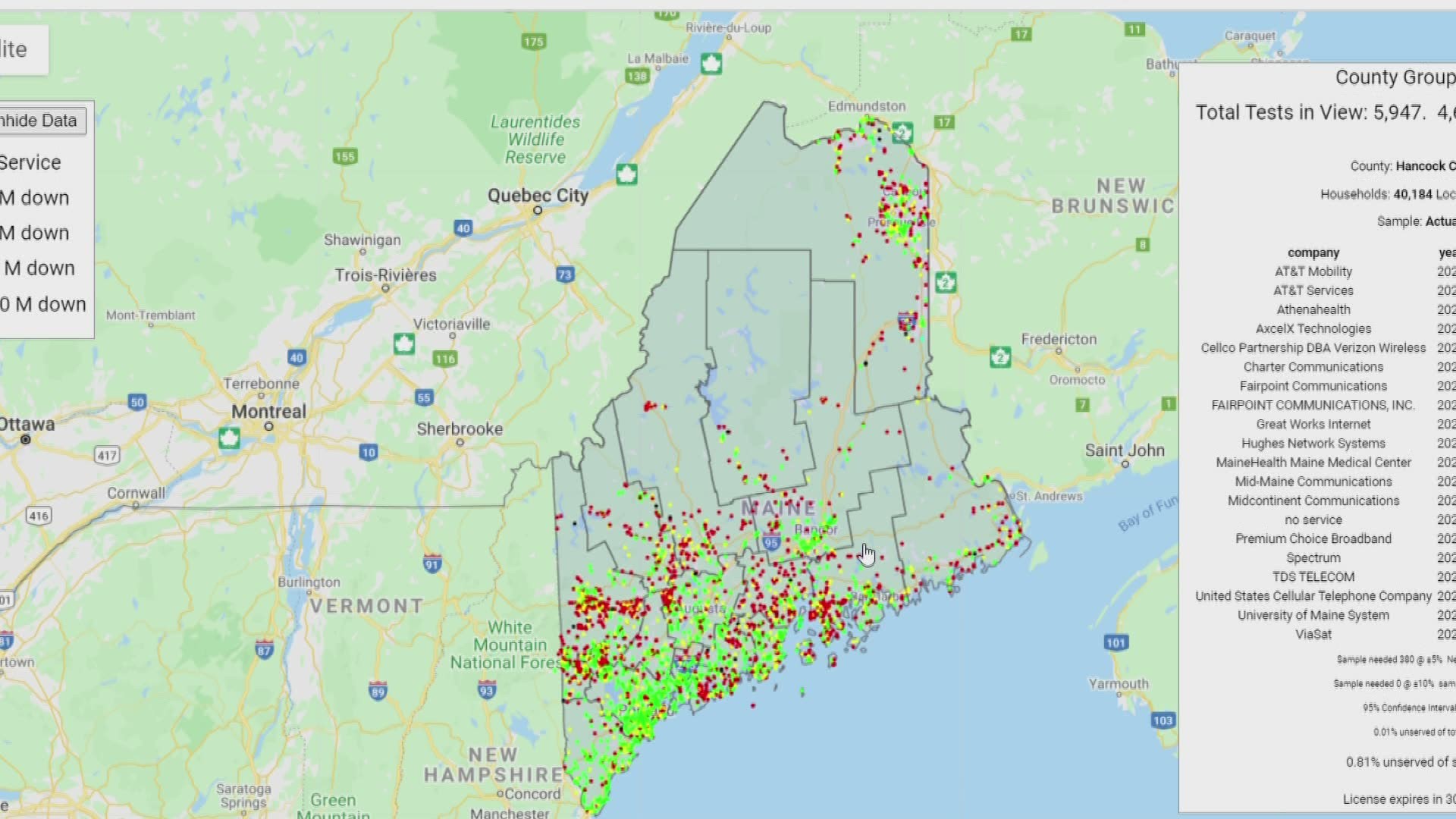 MAINE, USA — "To make good plans for the state for the community we need much more granular data we need it at the street level," Peggy Schaffer, the executive director of Connect Maine Authority, said.

Schaffer says the coronavirus pandemic really highlighted the need for faster internet in Maine with families learning and working from home. And she says one of the problems with broadband in Maine is we don't have good data.

To fix that, there's a new statewide speed test.

Speed testing is nothing new.

Geo Partners, a company out of Minnesota, developed a platform that provides a way for communities and people to test their speeds, and then it makes the information public with a map.

ConnectME Authority, the Maine Broadband Coalition, and others used the platform first in western Maine. It rolled out statewide the week of Thanksgiving. So far, nearly 6,000 tests have been run.

Meanwhile, help is on the way.

The FCC announced this week a major boost to help companies provide broadband in rural areas. Maine will see more than $71 million from that.

And this month, Charter Communications announced it will extend its network in Etna, Newburgh in Swanville, using more than $3 million.

And right now everyone can do their part.

Schaffer said, "We don't care if you have good service or bad service we would like everyone to do because then that gives us a much better picture of what's going on in Maine."

One week from today anyone interested in learning more about efforts to boost broadband in Maine can register for a virtual panel discussion hosted by the Maine State Chamber of Commerce.