CMP says new substation will help all of New England

A device at the substation called the 'STATCOM System' is able to sense voltage malfunctions, and can make changes if it senses trouble. 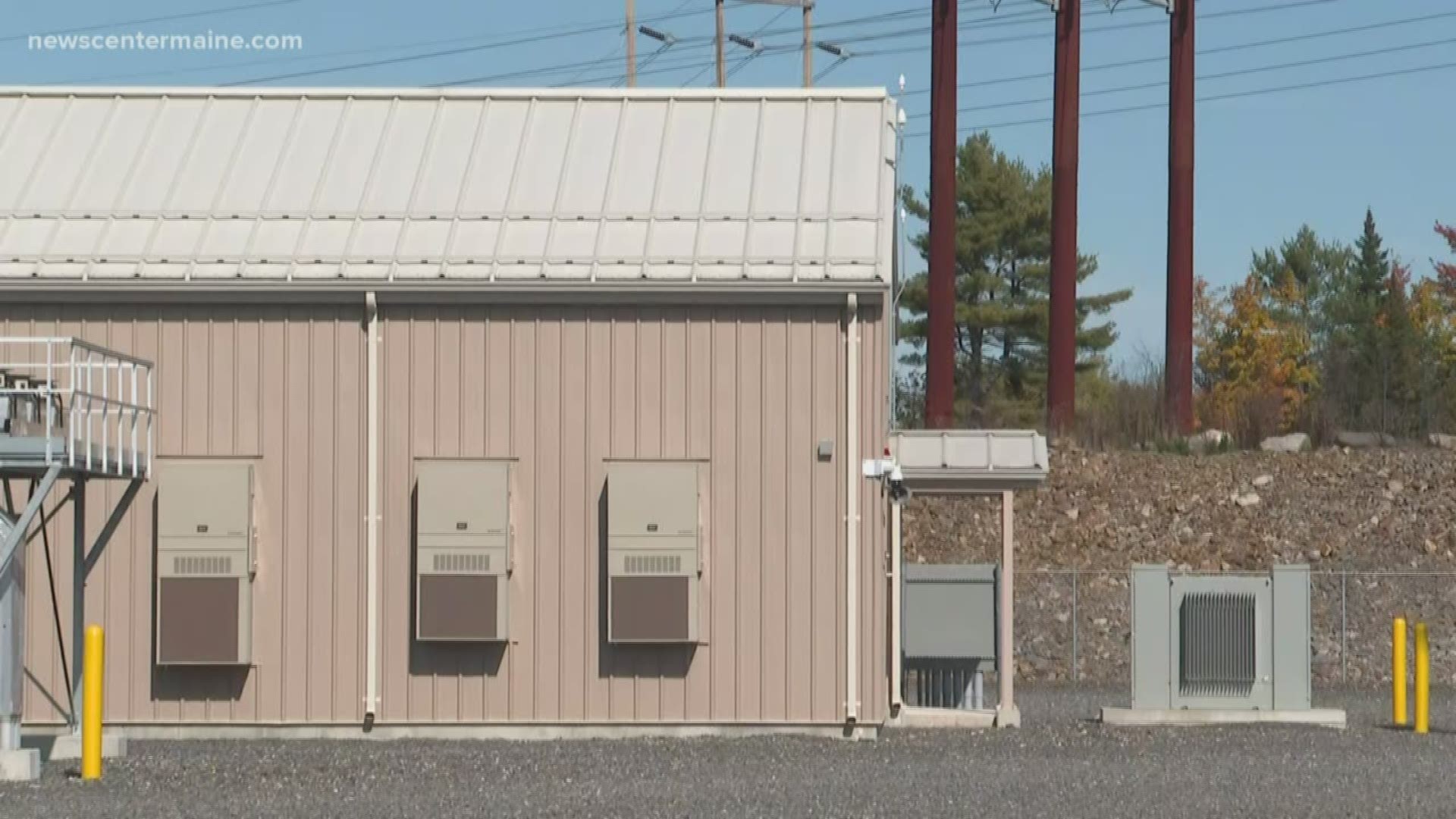 WINDSOR, Maine — People in Boston may have never heard of the small Maine town of Windsor. But an electrical substation in that town is helping keep watch on Boston’s electricity.

The company on Wednesday showed off the $50 million expansion of its Coopers Mills substation. The core of the project is a device they call the "STATCOM System." It uses a series of high-speed computers and other components to constantly monitor the flow and voltage of electricity throughout the New England electric grid.

CMP says the system was ordered installed by ISO New England, the nonprofit agency that manages the grid for the region.

CMP President Doug Herling says Windsor is connected to all the major transmission lines in the region, and the STATCOM can sense the voltage fluctuations and make changes if it senses trouble.

CMP says the new system will not prevent power outages from storms, but instead will help keep electric voltage stable, which is crucial for so many of the electronic devices and systems being used today.

Herling, who is also an engineer, says the system reacts to voltage irregularities "in milliseconds" and can make needed adjustments.

The overall cost of the project was $50 million, with the STATCOM itself costing half that amount. But CMP says because it was ordered by ISO New England, its Maine ratepayers will only pay about 8% of the cost, equal to Maine’s share of the electricity usage in New England. The rest of the cost will be paid by ratepayers the other New England states.