Fiber Materials Inc. of Biddeford engineered the heatshield for the Mars rover Perseverance 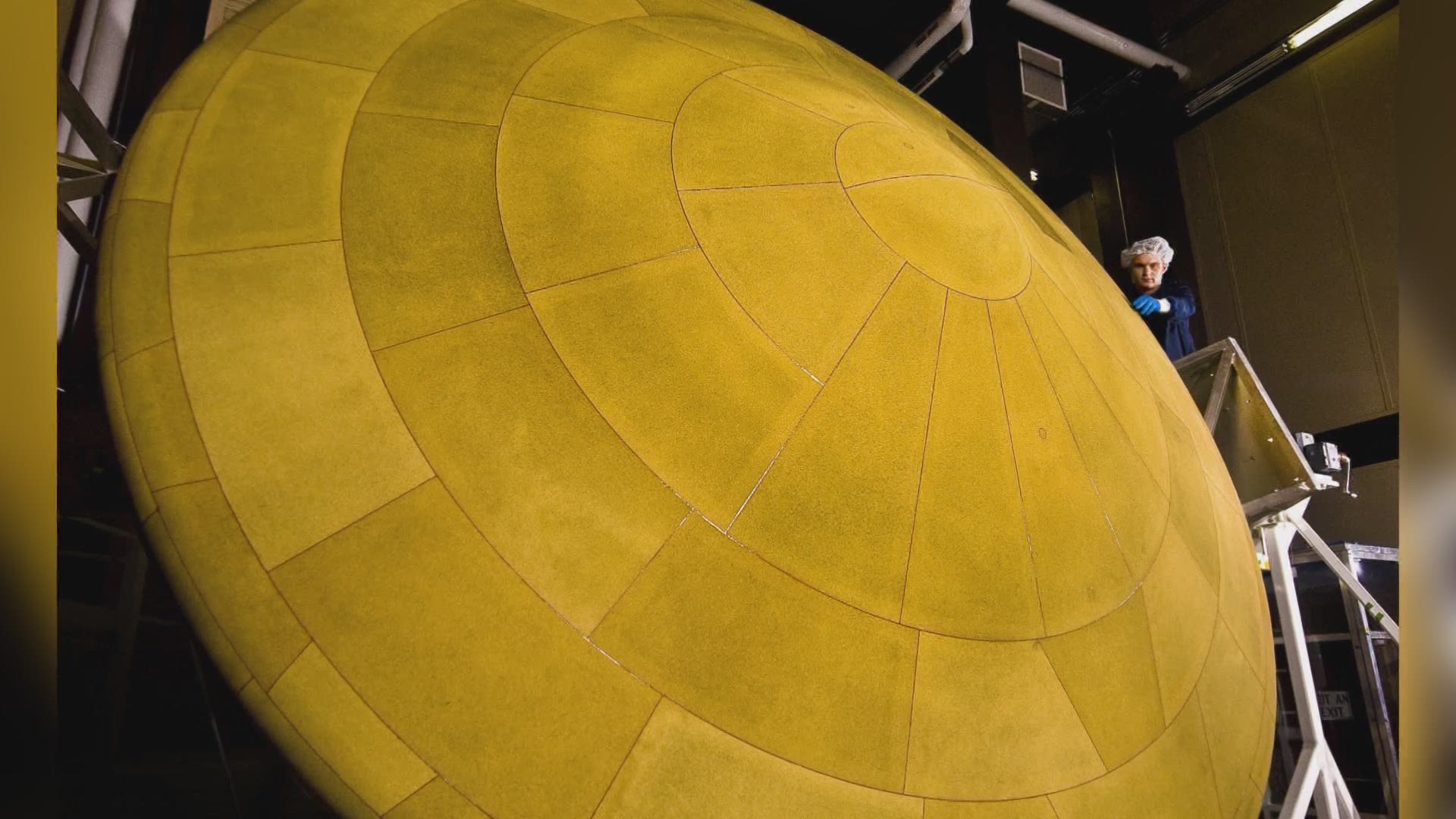 BIDDEFORD, Maine — NASA's rover Perseverance landed safely on the Martian surface just over 24 hours ago. And it's already sharing what it's like on Mars.

The rover sent back a photo almost immediately after landing, showing us all what it looks like in the Jezero crater.  The crater is an old lake bed about the size of Lake Tahoe—and the word "jezero" in Slavic languages means "lake."

Of course, before the perseverance could send any pictures, it had to survive the fiery entry into the Martian atmosphere.

About 80 seconds after entering the atmosphere, the spacecraft experienced peak temperatures, with the heat shield on the bottom of the capsule reaching 2,370 degrees Fahrenheit.

A company in Maine made that possible.

Each one is as unique as the mission.

The Red Planet's atmosphere is one-tenth of the density of Earth's, so engineering the shield presented some challenges.

Mark Lippold, an applications engineer and FMI’s Project Manager for the Mars 2020 mission, said, “We've been working on this thing for four years.”

“It's like every job… it's exciting but it's also one of those challenges where we think are we ever going to get through this," Lippold said. "When it actually comes to fruition it's great!”

Because of the pandemic, Lippold did not watch the landing with his team of coworkers at FMI. He was at home watching with his grandson who gave him a high five.

“You usually have to score a touchdown or something like that [to get a high five]," he said with a big smile.

An open horizon, with so much to explore. Can’t wait to get going. #CountdownToMars pic.twitter.com/hAaxeVGs04

This high-profile mission has put a spotlight on FMI's work, which extends well beyond heat shields for NASA. It also does work for the defense department, aerospace, and oil and gas industries.

“It's exciting for our team and we have a tremendous opportunity to recruit right now. We have over 50 positions we need to fill," FMI Communication Director Kate Whitney said.

FMI has a lot of work to keep its employees busy. It also made the heatshield for Osiris, which landed on an asteroid and is due back on earth in 2023. FMI's next mission is one that will go back to Mars in 2026 and return to earth.

If you want to follow along with Perseverance's progress, NASA has a website that updates the rover's location as it scours the surface of Mars looking for signs of life.