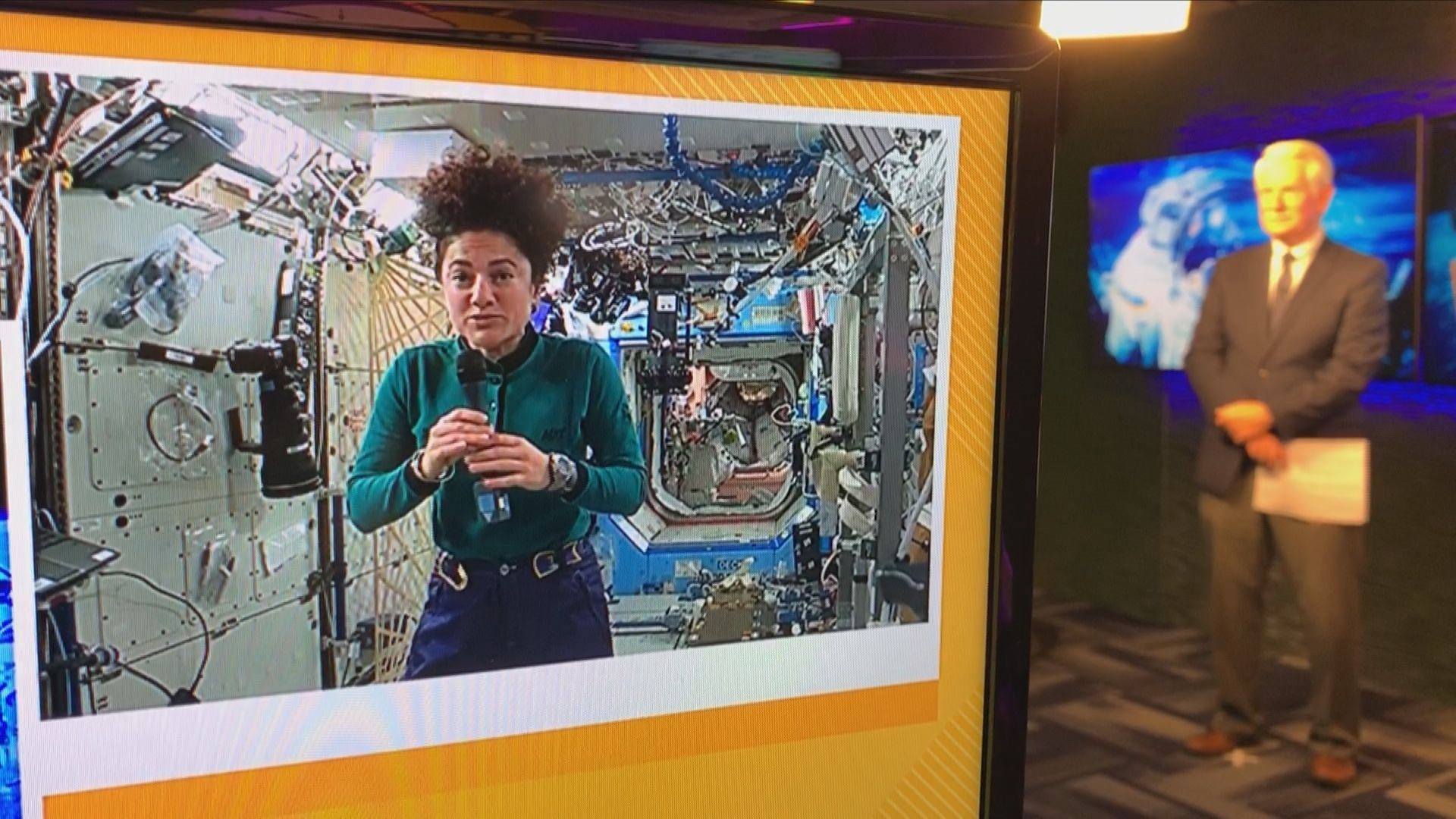 PORTLAND, Maine — If you think blasting into space is complicated, try interviewing an astronaut in space from Maine. NASA, you've got nothing on us!

Obviously, we're joking. But you might be surprised how many NEWS CENTER Maine employees it takes to make an interview in space possible. It turns out quite a few people are involved: two engineers, a director, an audio technician, a studio production assistant, a master control operator, a photographer, a producer and, of course, a Bill Green. (For those of you that don't have a Bill Green, we highly recommend getting one.)

The entire newsroom watched in awe on Sept. 25, 2019, as Caribou-native and scientist Jessica Meir blasted into space becoming the first female astronaut from Maine to do so.

Meir had been at the International Space Station for only seven days when Bill put on his Sunday best for his latest of several chats with her. Bill and his photojournalist, Kirk Cratty, flew to Houston in June to interview Meir at Johnson Space Center. Bill would have gladly gone to space to interview Meir, but he was worried he might get motion sickness.

Very few of us have ever seen Bill Green nervous, but coworkers who know him well noticed just a bit of giddiness Wednesday morning as he waited to hear Meir's voice.

Luckily, his ten-minute interview with Meir went off without a hitch despite a 10-second delay, and Bill was riding high for the rest of the day knowing he had just come as close to space travel as he would ever get, thanks to a fellow Mainer.

Credit: NCM
Bill Green fist pumps after a successful interview with Jessica Meir in space from our NEWS CENTER Maine station in Portland.

To see behind the scenes of Bill Green's interview, watch the video below.