After his mom’s death, this teen with Down syndrome found a loving family with his teacher

While she was living, Jeanie Manning sought a guardian who could care for her son after she passed. Special education teacher Kerry Bremer was a perfect fit. 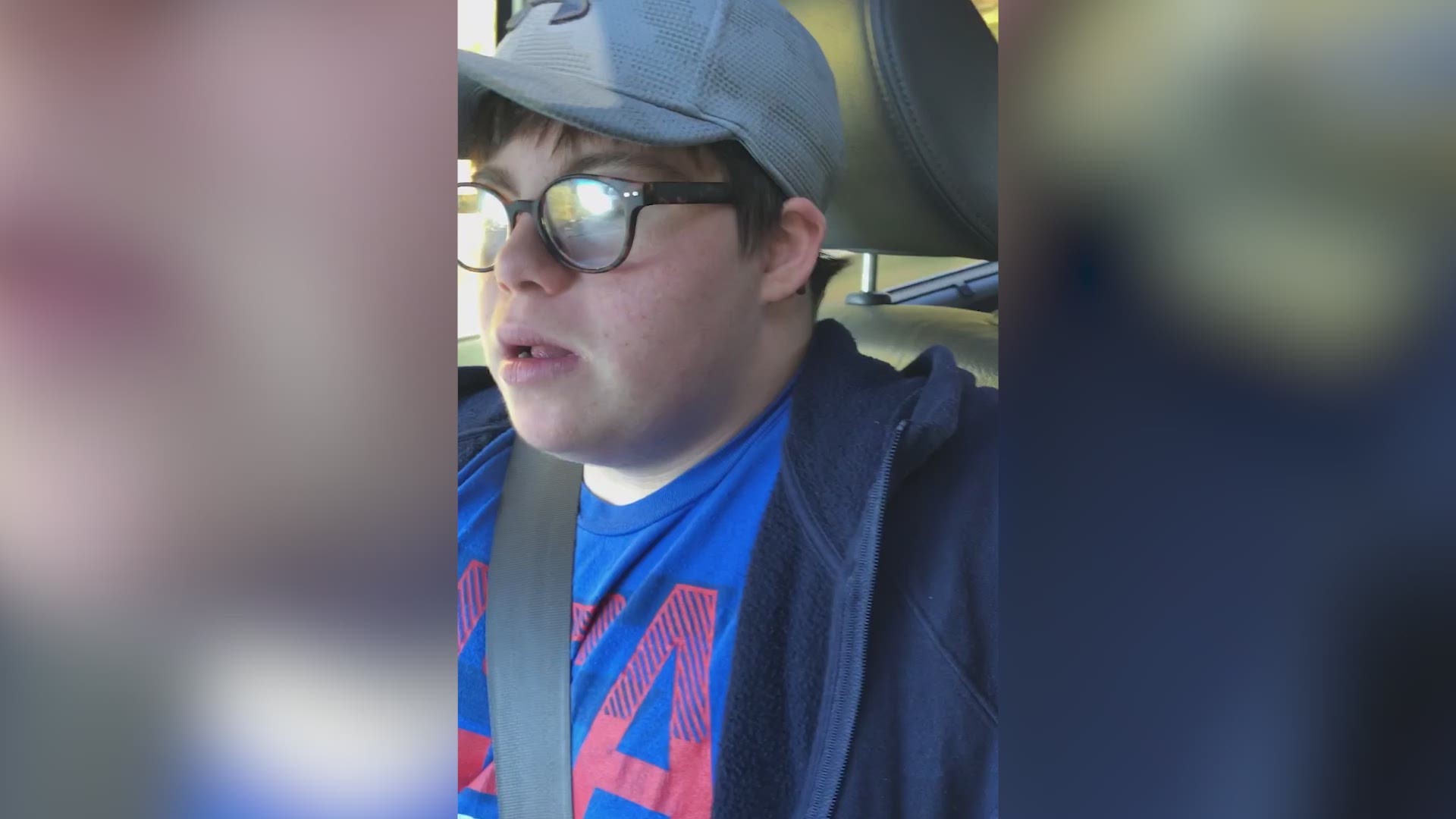 AYER, Mass. — Jeanie Manning knew the cancer was spreading through her body, traveling from a tumor in her breast to the cells in her brain. She also knew she wasn't going to get better.

But her devastating prognosis wasn't Jeanie's sole concern. She was also worried about Jake, her 10-year-old son.

Jake has Down syndrome. He needs extra help with day-to-day functions and likely will for the rest of his life.

Jeanie, a single mother, didn't know who would care for Jake after she was no longer able to.

She and Jake moved from Florida to Massachusetts, where Jeanie has family, but none of her family members were equipped to care for a child with special needs.

Kerry has always had a love for children with disabilities, and was first inspired to work in special education by her late father, who was an administrator for students with special needs.

Kerry quickly connected with Jake, despite some behavioral issues he was working through.

Kerry remembers how Jake would become rowdy and run around the school pretending to be a superhero, then instantly transform into a "perfect angel."

"He would win your heart over in less than five minutes," she said.

Kerry, too, worried about what would happen to Jake after Jeanie passed. When the school year ended and she was no longer Jake's teacher, Kerry got to know her former student and his mother better, helping Jeanie care for Jake during treatments.

But as time went on and Jeanie's condition worsened, she still didn't have arrangements in place for her son's care.

Kerry had long suspected her family could be a good fit for Jake. Her husband and three kids were also passionate about helping people with special needs and loved spending time with Jake.

RELATED: Woman donates breast milk to NICU babies after losing her own son

So, Kerry made an offer to Jeanie: Jake could become part of their family.

"I knew right away that there wasn't really a choice," Kerry said.

In May 2019, as Jeanie's cancer was spreading to her brain, Kerry and her husband David became Jake's legal guardians.

Then, in November, Kerry got the call from one of Jake's cousins. After putting Jake on the bus in the morning for school, Jeanie had gone to sleep and never woken up.

Kerry was the one to tell Jake the difficult news. That night, he moved in with his new family while mourning his mother.

RELATED: Watch this recently adopted baby with Down syndrome who can't stop smiling

Months later, Jake is healing from the loss but still talks about Jeanie every day.

"He adored her," Kerry said.

"She was a very, very good mother."

Today, Jake is 14 and has adjusted to life in the Bremer household, flourishing with his new siblings and parents. He's still in touch with his biological relatives too.

For Kerry and David, Jake is now an important part of their family and they've factored Jake's needs into their future. They will care for Jake as long as they can, and after that Kerry expects one of her children will serve as Jake's guardian.

Kerry hopes her story provides hope for other parents with children who have special needs and may worry about caring for them in the future.

"There are people out there who love your children and will step in to help," she said.

"To have him in my life, I wouldn't change a thing."

You can support Jake's care by contributing to this GoFundMe.