A white dress to a work of art: This teacher is bringing creativity to classrooms around the world

When her dress was a hit in her classroom, this second grade teacher decided to take her idea worldwide. 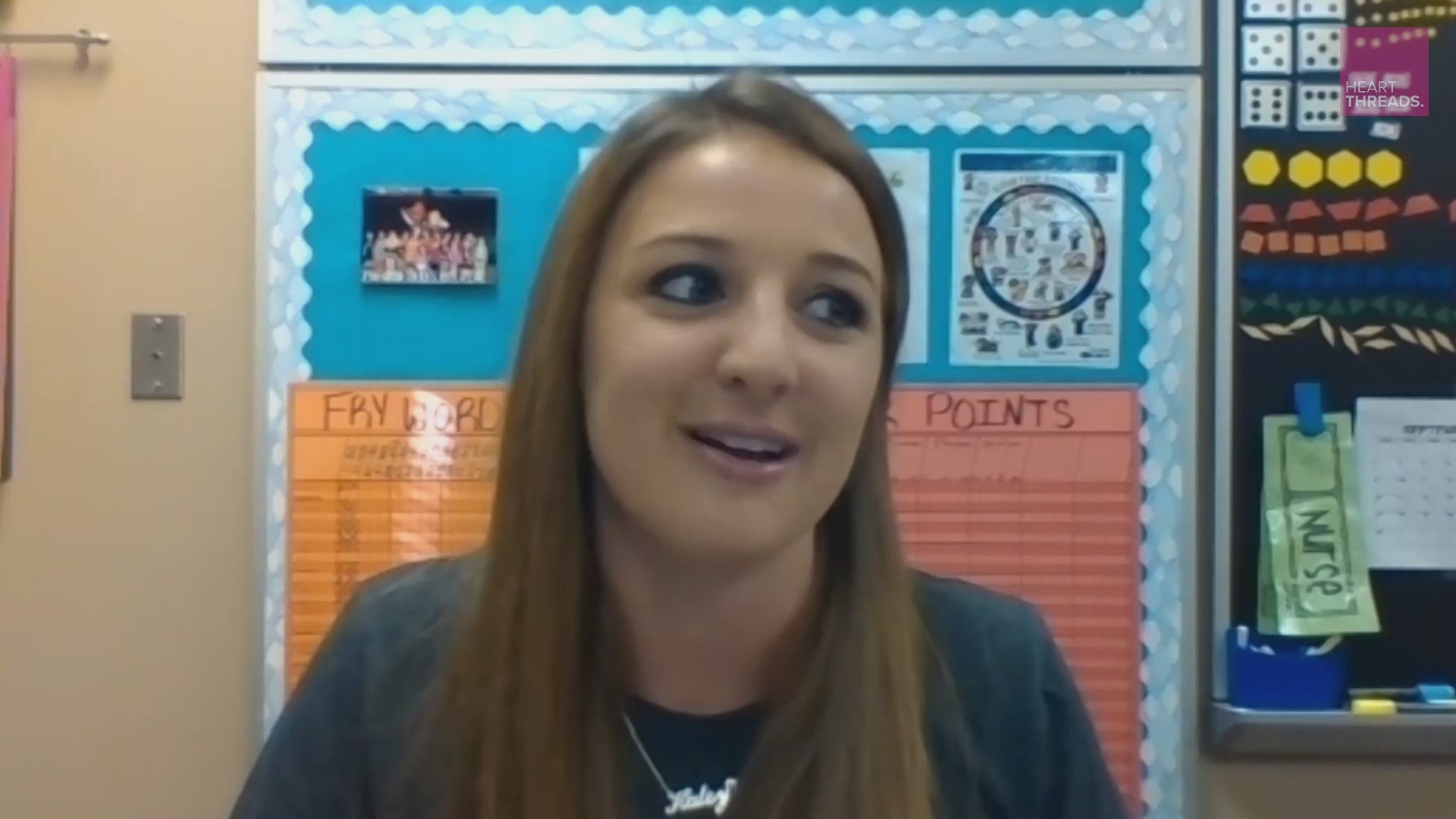 OKLAHOMA CITY — It was Haley Curfman’s first day of school.

Like many students, she was in a rush trying to get everything ready before heading out the door. To not be late, she chose to forego her mom’s plea of a first-day-of-school picture or what they call a “cutesy.”

But Curfman was returning to her alma mater in a different capacity. This time, she was a teacher.

By the end of her first teaching day, Curfman’s photographer mother still wanted the cutesy picture.

“By the time I got home, I was ratted as all get out,” said Curfman. “So, we got this idea like, ‘Let’s put a spin on a teacher’s first day of school.’”

Curfman’s persona, “The Weary Teacher,” was born. Curfman and her mother take hilarious, and honest, pictures depicting what it’s really like to be a teacher.

It has been three years since Curfman’s first day of teaching second grade at Blackwell Elementary School. In those years, The Weary Teacher’s social media accounts have boomed. She now has over 12,000 Instagram followers.

“All the photos I’ve done have come through the eyes of a teacher. What we see and the kind of organized chaos,” said Curfman.

Curfman believes the photos’ popularity are due in part to their relatability from other teachers around the world. They connect one another with the understanding of the dedication, passion and exhaustion it takes to be an educator.

Like her creative photos, one of Curfman’s biggest priorities as a teacher is incorporating art into her class.

“With everything that’s going on like budget cuts and all that stuff in Oklahoma, I think art is a thing that has been cut from a lot of schools so me, specifically, I try to do things in the classroom that gets their creative minds to flow,” said Curfman.

During her first holiday season as a teacher, Curfman didn’t want her students to feel like they needed to give her a gift. So, she purchased a white dress.

Her students’ gift to her was their artwork on the dress. She even wore it to the teacher’s holiday party.

The dress was such a big hit, Curfman began brainstorming ideas of how to incorporate it in a bigger, broader way. In an effort to connect teachers and classrooms, she came up with the idea of sending a single dress to a chain of teachers all over the world. Each of the teacher’s students would fill a part of the dress with their artwork.

She took to her Instagram to post an idea and see if there was any interest from fellow teachers. The response was magnificent.

“We mapped out this whole [worldwide] quest for the dress,” said Curfman.

The dress will travel to around 30 different classrooms all over the world. Curfman estimates it will take around a year for it to return. So far it has traveled to Mexico, Costa Rica, Africa and Thailand.

Curfman hopes the dress will help educate and connect classrooms all over the world, including hers.

“When this dress gets back around to us and has hit [all these] places in the world, in every little country, I’ll be able to show my students like, ‘Look how many happy things they drew. This is what makes them happy. What makes you happy?’”