Henry Honkonen rocks -- on the field, on the ice, and on stage. 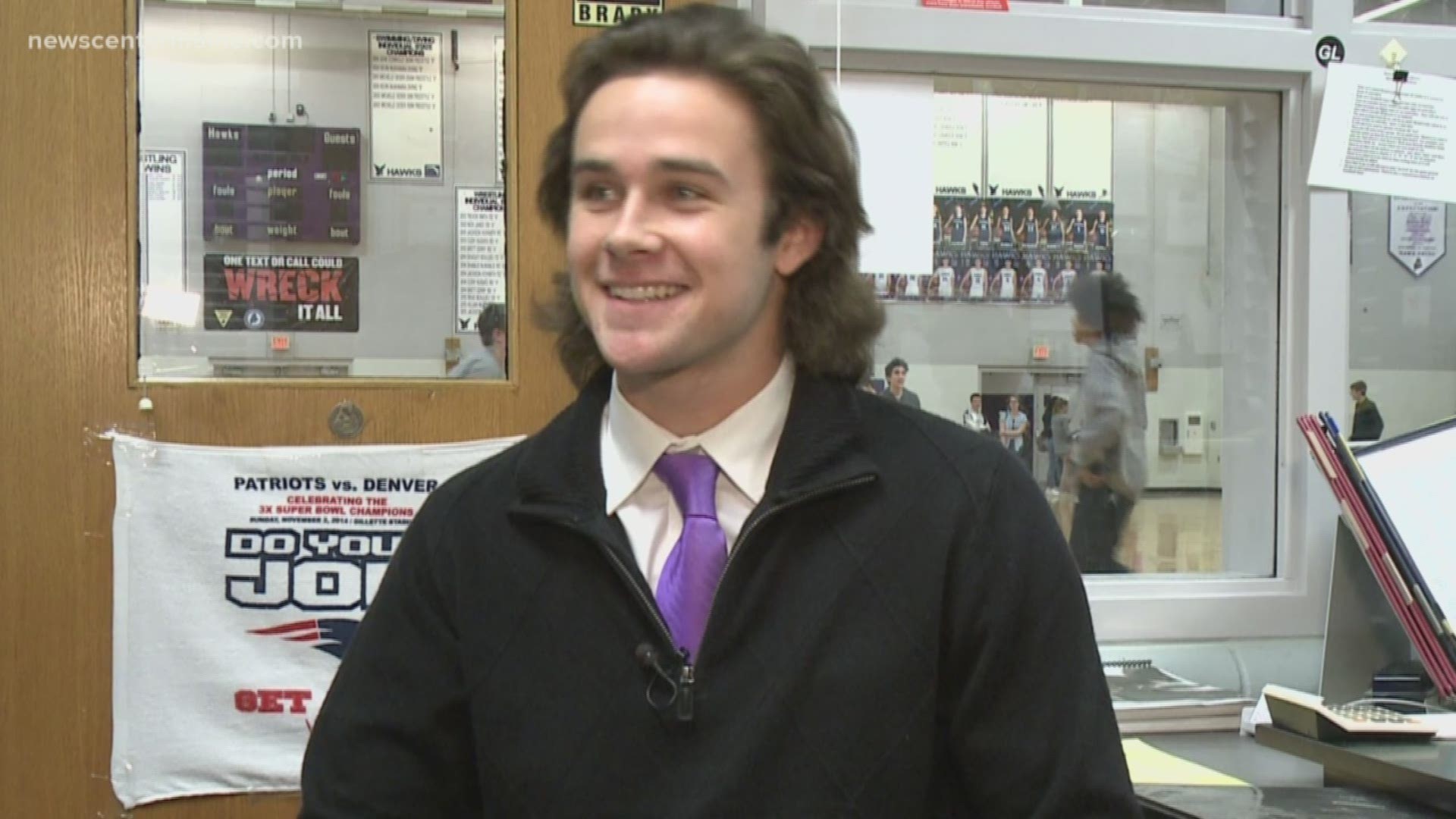 SOUTH BERWICK, Maine — Henry Honkonen has been trying to take in each and every moment of his senior year at Marshwood. The soccer, ice hockey and lacrosse standout knows that his time as a Hawk has flown by.

"It kind of hit me hard at the soccer banquet at the end of the year,' says Honkonen. "I got emotional because it was the last time."

Honkonen is ranked in the top 25 in his class and is a member of the national honor society and the Spanish honor society. He will head off to college in the fall with a plan of maybe one day going into advertising, or marketing, or maybe music.

"I started playing music in the seventh grade when my brother gave me his old guitar," says Honkonen. "I picked it up and didn't really tell anyone about it for awhile. It's just something I like to do, not as a career, but maybe something on the side."

Honkonen is well liked and respected by his peers, and also by all those he comes into contact with.

"He's just a great role model for our kids and our younger kids," says Rich Buzzell, Marshwood Atletic Director. "If I had a daughter, I would let her go to the prom with him. He's just that kind of kid and all of his teachers and coaches speak highly of him in the same way"

Congratulations to Henry Honkonen, the newest member of the Varsity Club!