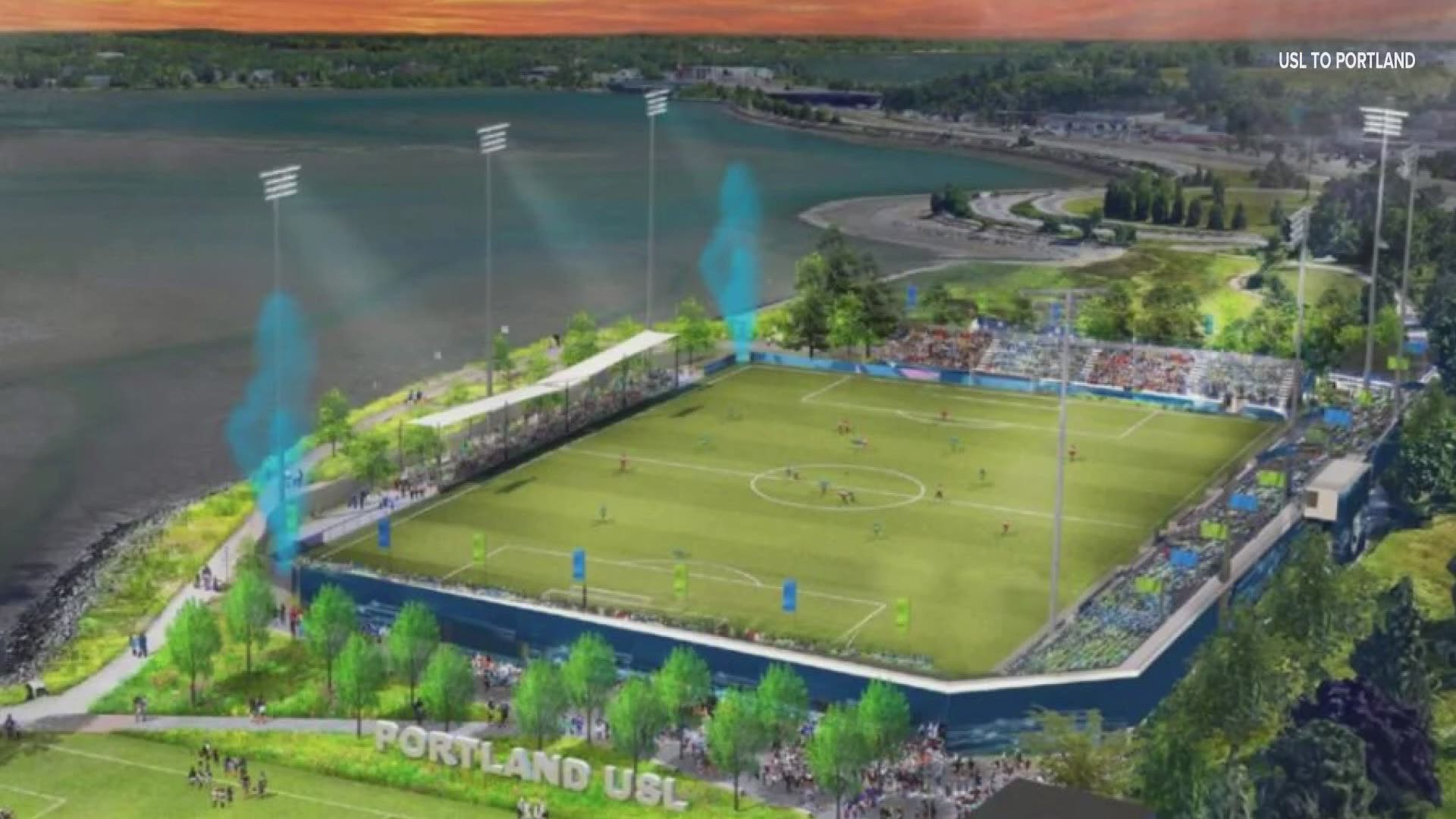 PORTLAND, Maine — Portland is no stranger to minor league sports teams. In fact, the Sea Dogs and Maine Celtics play in venues right next to each other. But a new team could potentially move in next door.

On Tuesday night the group 'USL to Portland' will make a formal presentation to the city's Housing and Economic Development Committee Tuesday night as it unveils its two proposed site locations for a potential soccer team.

"I think if we can make it work, I think we will," Portland City Councilor Spencer Thibodeau said.

Thibodeau is also the chair of the committee that is scheduled to hear the group's proposal which was slated to begin at 5:30 p.m. Tuesday.

One of the proposed sites is Portland's Back Cove, where a new stadium would need to be built. The second site is an established venue in the city, Fitzpatrick Stadium. One condition of this location is Portland High School's field and track would need to be upgraded.

The artificial surface is not big enough for United Soccer League (USL) standards so the existing track would need to be removed. Adding locker rooms and concessions to the stadium is also part of the proposal.

The group 'USL to Portland' has worked with Thibodeau and the city since before the COVID-19 pandemic disrupted daily life. The team that would come to Portland would be an expansion club of the United Soccer League's League One.

The United Soccer League is comprised of two leagues, the Championship and League One. Leauge One targets host cities of 150,000 to 1 million residents.

Thibodeau added he does not have a choice in mind yet as to where he would like the potential stadium to be located but did say he likes that the Sea Dogs and Maine Celtics play in the same area of the city and noted Fitzpatrick Stadium would put all three teams close together.

"If we can figure out a way to try to continue to coalesce in a specific area I'd be open to that, but I don't know, that's what I'm here to learn but I'm definitely open," Thibodeau said.

The city councilor added the best-case scenario of Tuesday's meetings for the 'USL to Portland' group or anyone who wants a pro team in the city is that the next step will be to involve the public in the forms or meetings or hearings.

"I suspect we're going to get some folks in the community with some really good ideas and that's actually what I'm most excited about because this should be a community conversation," he added.