'We must do better,' UofL women's coach Jeff Walz calls out NCAA for tournament disparities

Coach Walz said UofL does a good job of supporting both the men's and women's teams equally but said the experience was "unfortunately not the norm." 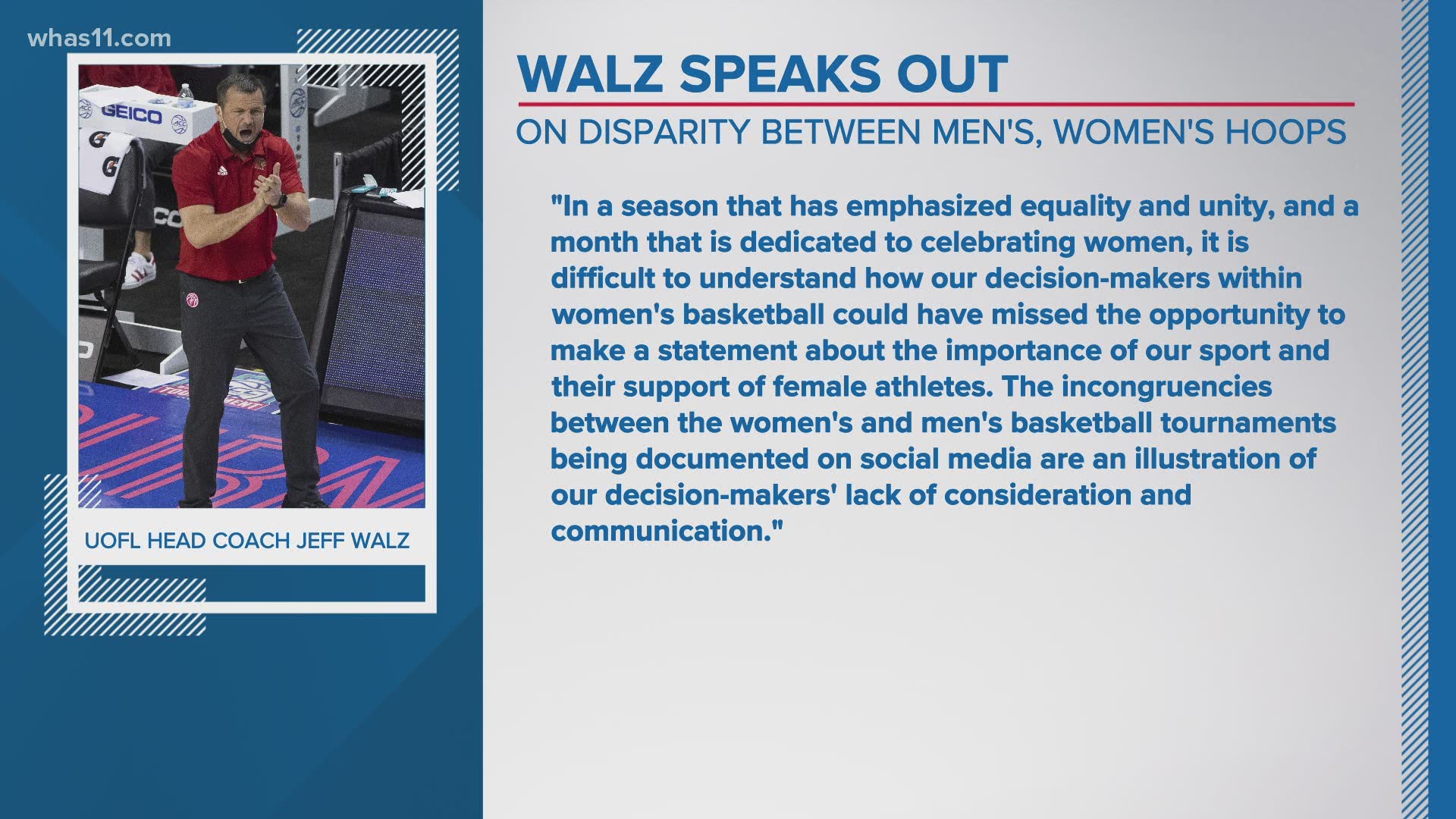 LOUISVILLE, Ky. — Following a stream of social media posts highlighting the disparities between how the men's and women's teams were treated by the NCAA before their respective tournaments, University of Louisville (UofL) Women's Basketball Head Coach Jeff Walz posted his own statement on Twitter Sunday.

"Throughout my career in Women's Basketball, I have witnessed many of the disparities still being experienced today," Walz said in a multi-paragraph post. Walz said, in his experience, the administration and staff at UofL are committed to consistently improving the experience for female athletes at the university.

However, he acknowledged that not all athletes have received that kind of support.

RELATED: 'We can do better, we have to do better' | Disparity between men's, women's NCAA tournament creates criticism

"The truth is, the experience the women on our team and our staff have at the University of Louisville is unfortunately not the norm," he said.

NCAA officials issued an apology after posts showing the differences between the weight rooms and food provided to the men's and the women's teams circulated on social media. Coach Walz called the situation a missed opportunity by the NCAA to show support for their female athletes.

The UofL Women's Basketball team, a No. 2 seed, will play their first game Monday night at 8 p.m. against No. 15 Marist. Louisville Mayor Greg Fischer has asked the community to wear red on Monday to support the Cardinals.

Jeff Walz: "Who saw the pyramid of dumbbells and the yoga mats, and signed off on it? And said, 'This sounds great.' Who was that person? Because I don't care what the men have. That is not even close to being anywhere useful to the women's basketball players." pic.twitter.com/sKtQTcI3be