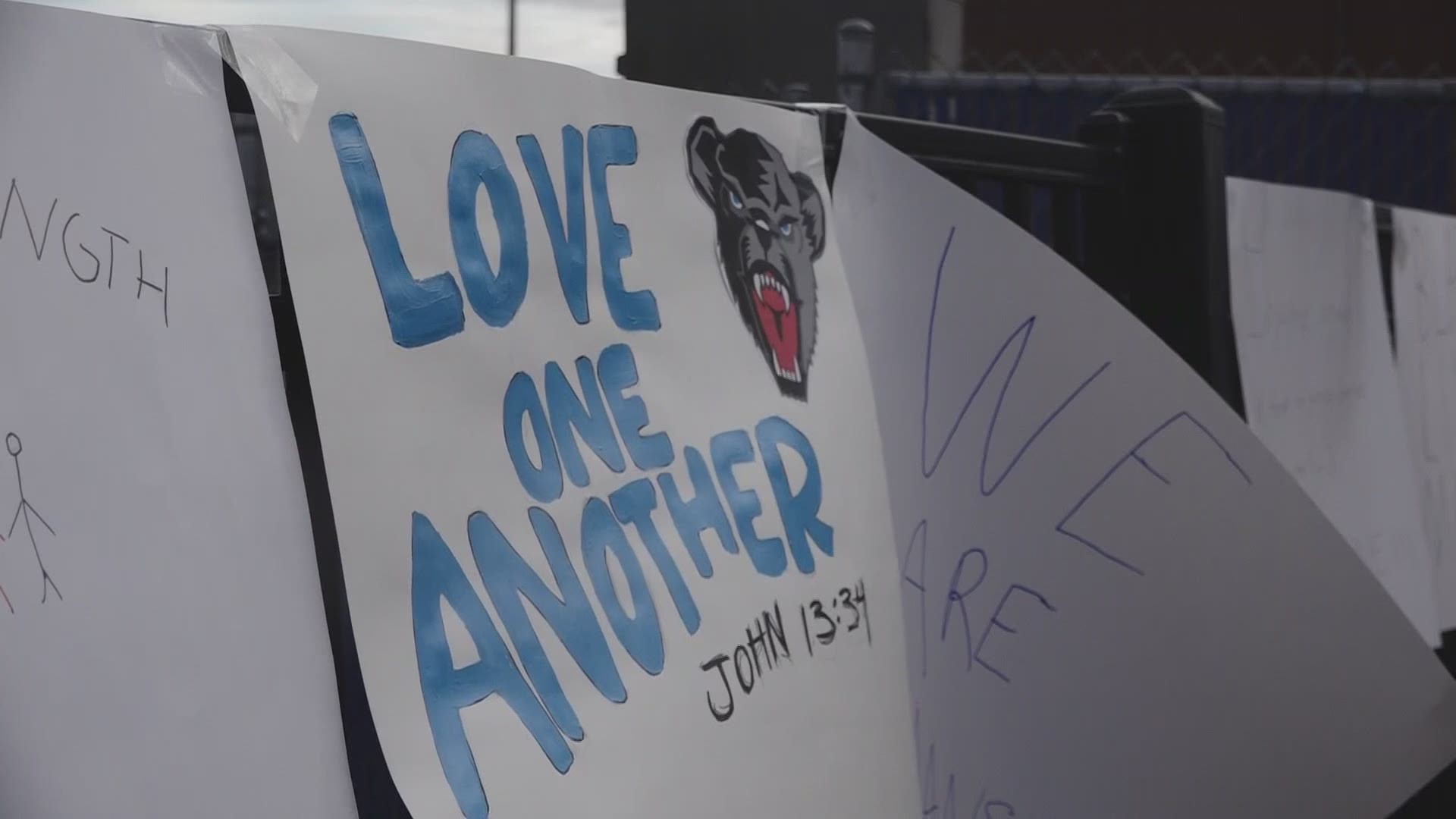 ORONO, Maine — It's been a different year for everyone and this fall sure has looked different in Orono. During normal years, a Friday in November means a University of Maine football game is on the horizon, but this isn't a normal year.

No football games for the Black Bears this fall, but the team wrapped up its 15-practice schedule Friday. After hundreds of tests were administered to players and staff, UMaine head coach Nick Charlton said there were no reports of a positive COVID-19 case.

Those results would make any coach proud, but on Friday, Charlton was proud of something else.

“I wanted to make it their own messaging through the themes we wanted as a team to do, but that’s them," he said after the hour and a half practice. “At the end of the day, we’re only as good as our players can take us and I thought today was a very unifying moment for our team.”

The unifying moment the coach referred to happened before practice. Prior to the players hitting the field, they hung signs promoting unity, equality,  and justice for all.

Many of the signs show that this team is a family.

“I was really proud of the team, the coaching staff, just coming together as one," quarterback Joe Fagnano said.

“We’re all family, it’s all family at the end of the day," linebacker Deshawn Stevens added.

“(Hanging the signs) means a lot for us. This team is so diverse, we come from so many different places," fellow linebacker Ori Jean-Charles said.

Before and after practice, Charlton told his team how proud of them he is for handling all the adversity they faced this fall.

The student-athletes had to balance school work, practice, COVID-19 guidelines, all while the state and nation have seen social justice demonstrations in every community.

The student-athletes in Orono took park in a 'Walk For Peace, Equality, and Justice' last week and the football team brought the same message from that march to their own field.

Jean-Charles mentioned he wanted the Orono community and other students to know the football team supports them.

"(Us) being able to branch out socially and show that we want to be part of change also and we’re with them and I think it means as much to them as it does to us," he added.

Besides the social justice demonstration, Charlton said he is also proud of his team in other ways.

“To cultivate leadership on this team, it’s very hard during a pandemic, it really is.”

Especially with more than 30 freshmen getting ready for their first college football season. The preparations for the spring season will be unique as the team walked off the field Friday for the last time until January.

Charlton added each player will have exit interviews with the coaching staff and will be on a workout and diet program before returning to campus. When the Black Bears get back together they will have a few weeks to prepare for the first game of the spring season in March.