Thursday, the NCAA announced it has canceled March Madness and all winter and spring sports tournaments for 2020. 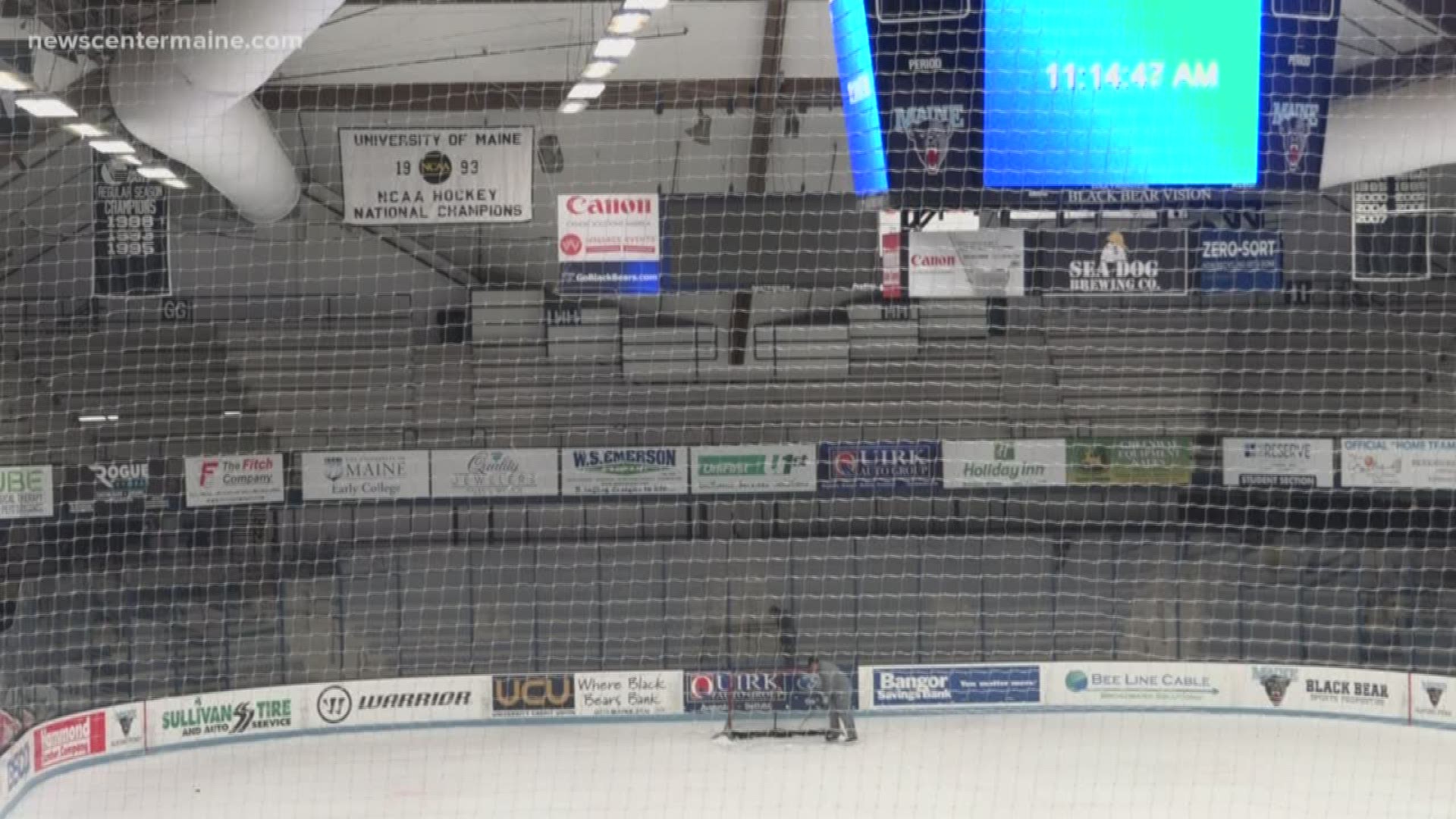 MAINE, USA — March 2020 was shaping out to be a great month for the University of Maine's athletic program. The women's hoops team was set to defend its America East crown Friday night in the conference championship game against Stony Brook. The men's Ice Hockey team was ready to host its first Hockey East quarterfinal series in eight years.

The Black Bears were set to play the University of Connecticut in a best of three series.

On Thursday, UMaine announced it would not allow fans into the hockey games. Around 1:30 p.m. the Hockey East canceled the tournament, and around 4 p.m. Thursday afternoon the NCAA canceled March Madness and all winter and spring sports championships this year.

Before knowing the decision laid down by the NCAA, UMaine athletic director Ken Ralph said the idea to cancel the Hockey East tournament was more than a sports decision.

"As disappointing as it is for us...we have to allow common sense to overrule out hearts here because this is a significant public health crisis and we want to keep our community safe," he said.

The women's basketball team was getting off the Long Island ferry on its way to Stony Brook when it found out the America East canceled its conference tournament Thursday.

"I think (head coach Amy Vachon) was expecting it. They had all seen the tournaments get canceled ahead of ours," Ralph added.

Coronavirus is more dangerous to senior citizens and with Maine having the oldest population in the country, Ralph said the athletic program had to look out for its fans.

"A lot of the people closest to our programs are the most vulnerable," Ralph said. "The community's safety is paramount and we have to do our part to keep people protected."

The NCAA followed in the footsteps of some professional sports leagues. Wednesday night, the NBA announced it was suspending its season after Utah Jazz Forward Rudy Gobert tested positive for coronavirus.

The NHL and MLS followed suit and announced on Thursday they were suspending their seasons. Major and Minor League Baseball will be delaying opening day by at least two weeks.