The National Field Hockey Coaches Assoc. responds to what it calls poor decision making after a weekend game gets cut short at Kent State due to scheduling conflict. 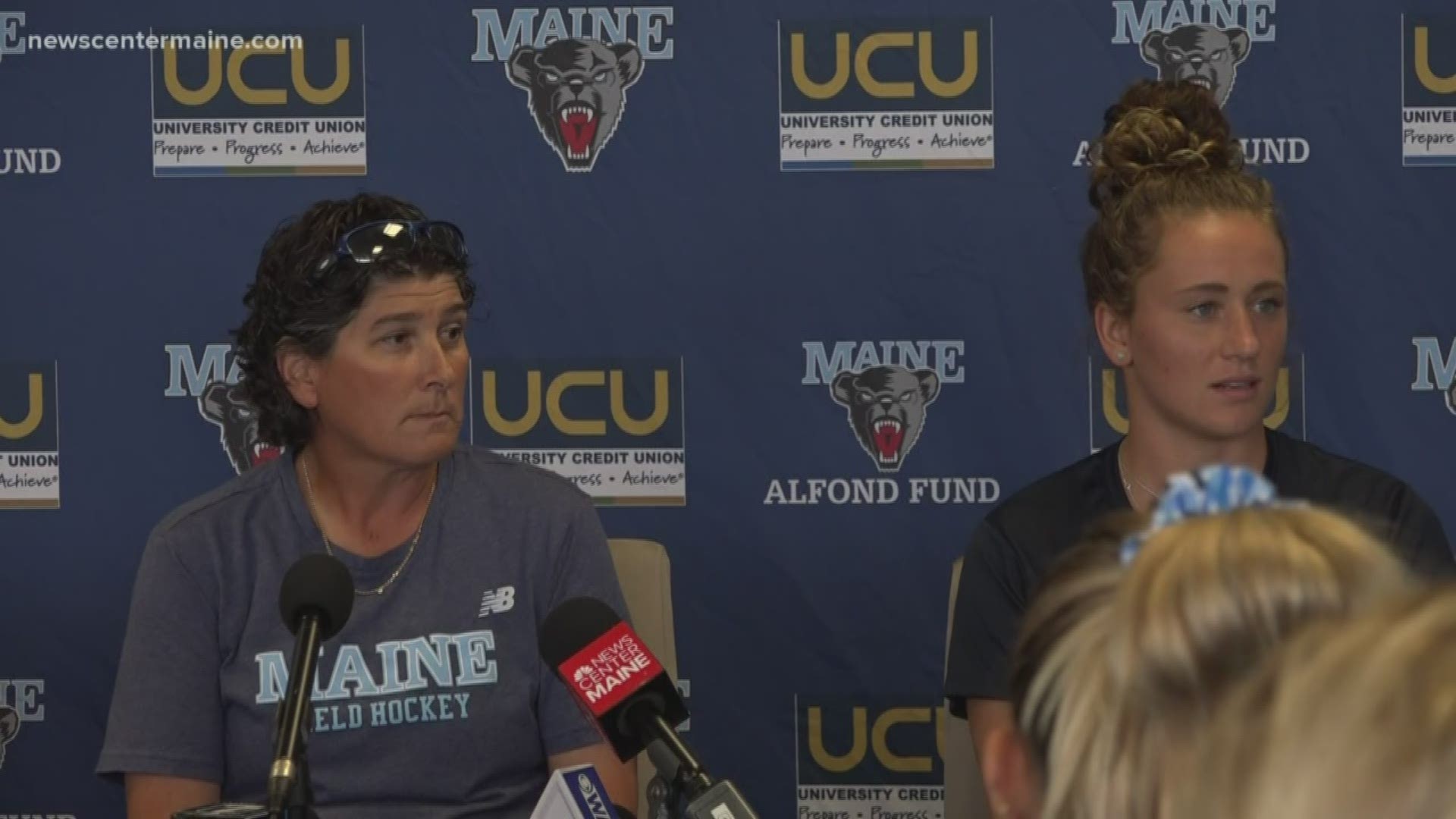 KENT, Ohio — The University of Maine at Orono (UMaine) field hockey players were shocked when their game against Temple University at Kent State in Ohio was declared a no contest in overtime due to a scheduling conflict.

Kent State administration allegedly came onto the field prior to the second overtime half and called off the game to allow the noontime Kent football game to begin on time, according to UMaine Field Hockey team tweet.

On Monday, the National Field Hockey Coaches Association released a statement reading in part, "The NFHCA Office has reviewed the contract and cannot find any reference to the 10:30 a.m. hard stop nor can we find any information regarding what would happen if the game was not completed prior to reaching the 'drop dead' time."

UMaine Director of Athletics, Ken Ralph, said, "Prior to the contest we were made aware of timing issues regarding pre-game football activities. While we would have greatly appreciated the opportunity to play the final 10 minutes of our contest, the KSU administration made the decision they felt was most appropriate."

Another Tweet from the Umaine Field Hockey team said the game will be classified as an exhibition, affecting neither team's statistics or overall record.

Kent State issued a tweet, saying the game had to be stopped "per field guidelines as previously discussed."