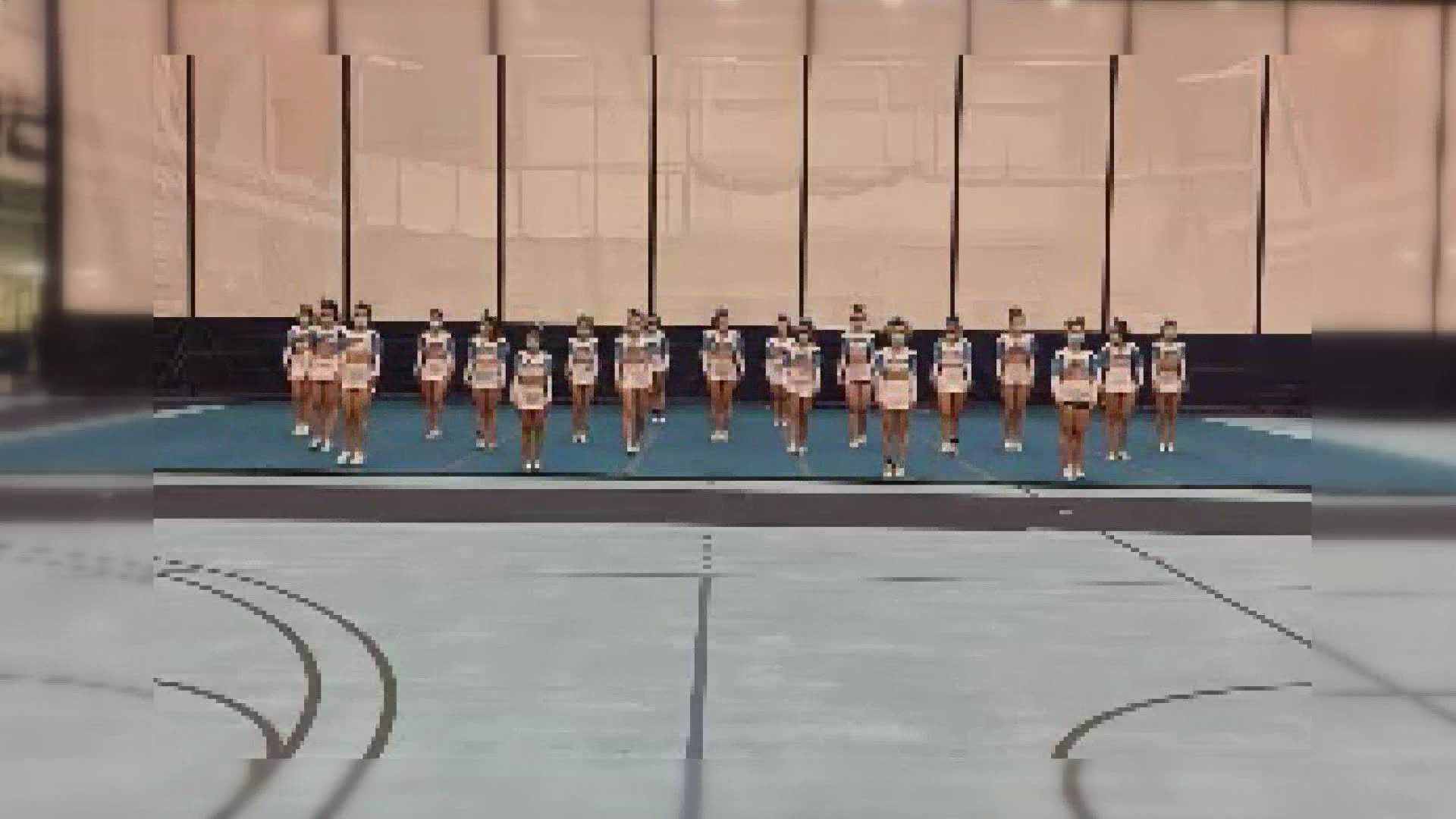 ORONO, Maine — For the second time in program history, the University of Maine Cheer Team has won a national championship.

Head Coach Jewels Watson said it was a very difficult year getting a late start and then working around the pandemic. She said then there is trying to cheer with masks on while doing flips, twists, and spins.

Watson said it was pretty special for the team to all watch the announcement together on Saturday.

“They were thrilled with the fact that they got to compete at all and that they had some sort of normalcy in this crazy life that they have been dealing with”, Watson said. “And to end it with a win is more than we ever could have dreamed of honestly.”

Watson said she is already thinking about next year because tryouts begin in less than two weeks.