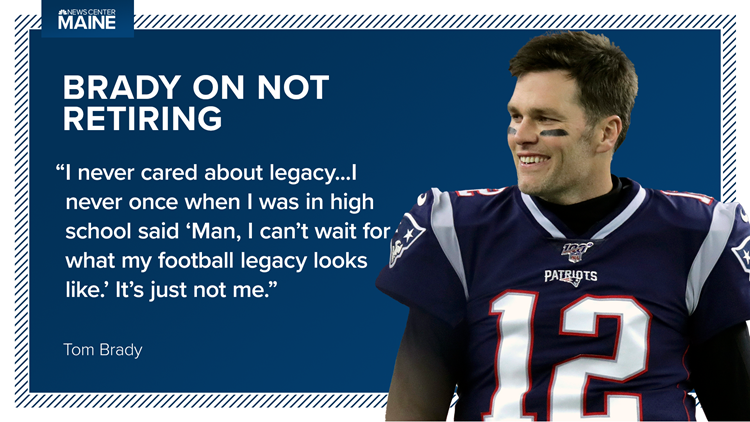 TAMPA, Fla. — Buccaneers quarterback Tom Brady's interview with Howard Stern on Wednesday got off to a rocky start thanks to a shaky Zoom connection, but they made a switch to a phone interview and things have been rolling along well since that point.

The conversation has covered a lot of ground as it moved from his high school days through his time with the Patriots, including his decision to leave the team as a free agent this offseason.

Brady said that he felt he accomplished everything he could during his time in New England and that he felt “our time was coming to an end” heading into the 2019 season.

“I don’t think there was a final, final decision until it happened. I would say I probably knew before the start of last season,” Brady said on SiriusXM Radio.

While Brady was prepared to depart, the final cutting of the cord with the Patriots was still an emotional one. He told Stern that he cried while telling Patriots owner Robert Kraft in March that he would be leaving the team and said he still wants the team to do great.

The caveat to those wishes for the Patriots was that he would want them to lose in a Super Bowl matchup with the Bucs that would be as hotly anticipated as any in NFL history.