The ECHL and league teams will have a two-tiered start to the season following postponed schedule due to COVID-19. The Mariners will start play in January 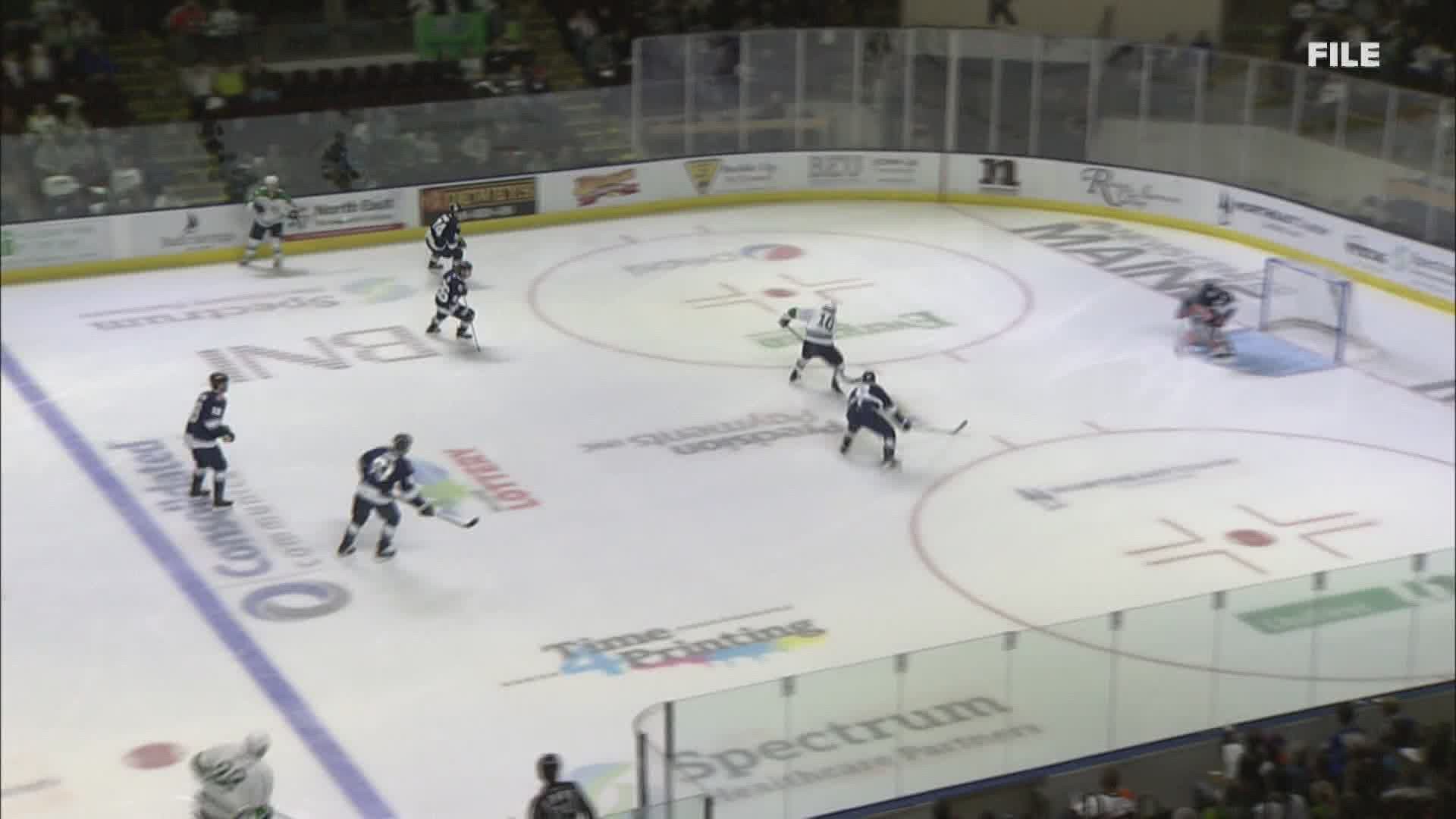 PORTLAND, Maine — Hockey fans in Maine can rejoice; the Maine Mariners will have a 2020-21 season after play was suspended due to the COVID-19 coronavirus pandemic.

The ECHL announced an agreement with the Professional Hockey Players' Association on Friday, allowing teams, including the Maine Mariners franchise, to start the 2020-21 season.

Under a split-season schedule, the Mariners will begin play on January 15, 2020.

The Mariners and the rest of the North division will begin their season on January 15, 2021, playing a 62-game season upon regional approval.

"Due to the current indoor capacity restrictions in the state of Maine, as well as similar challenges faced by each of our divisional opponents, we concluded a January 15 start was the most realistic possibility," said Briere.

According to the Mariners website, the ECHL regular season will end on June 6, 2021.