Tacko Fall a big help for a Maine non-profit

Partners for World Health donates medical supplies to countries in need. When Fall found out about a shipment bound for his birthplace, he wanted to help pack it. 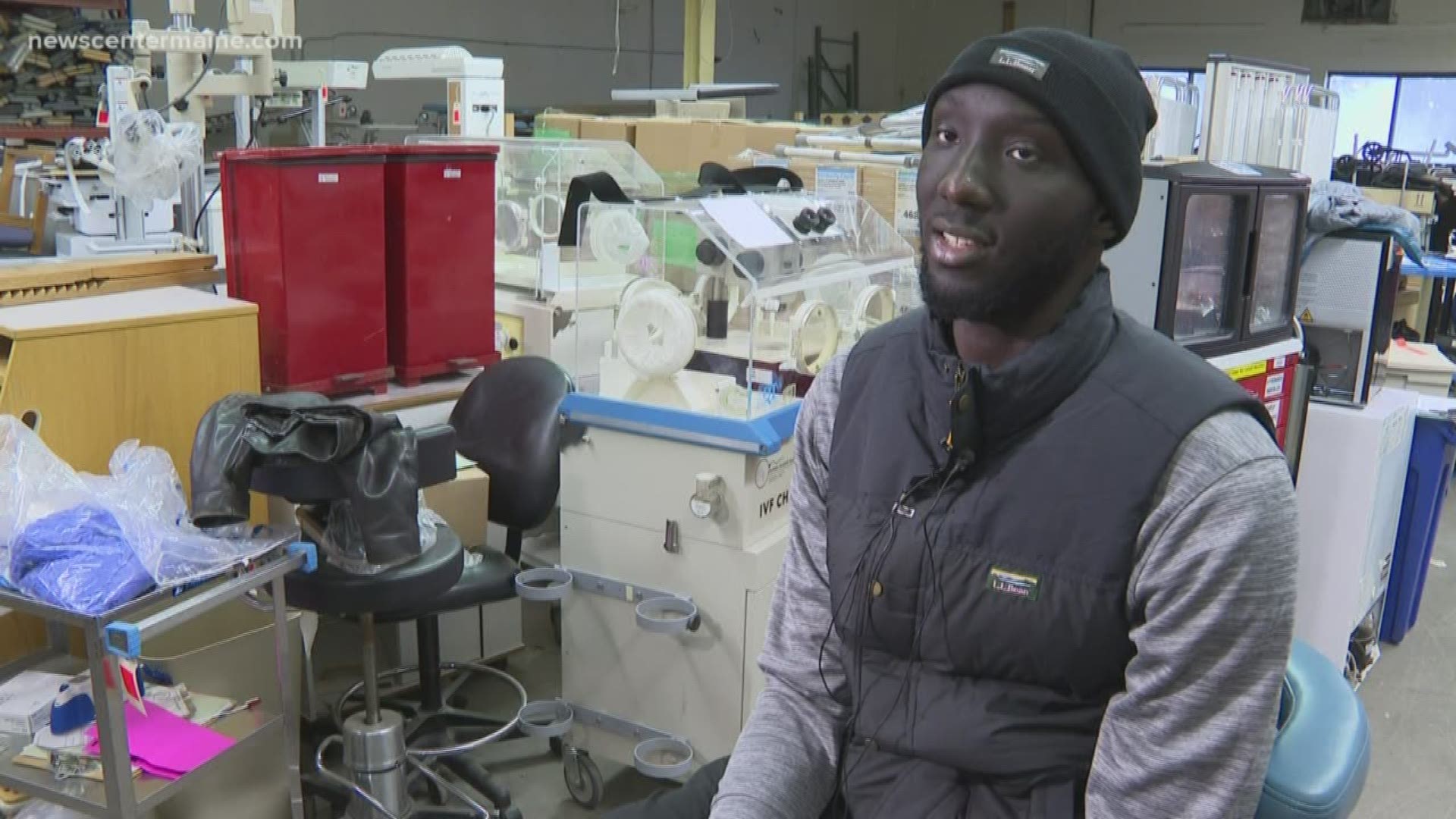 PORTLAND, Maine — At 7'5", Maine Red Claws and Boston Celtics two-way player Tacko Fall can reach places most would need a ladder to get to. It makes him the perfect person to stuff a truck full of medical supplies to its tippy-top.

Fall volunteered with Partners for World Health on Thursday. The Portland-based non-profit sends medical supplies to countries in need. One of those countries is Senegal, where Fall was born and raised. When he found out a shipment of goods was going to his hometown this wee, he wanted to be there to help pack everything up.

"This is the type of work I want to do eventually," says Fall. "It's up to us, some of us that made it out, to help."

Fall brought some of his teammates along to make the packing process go faster. Players mingled with volunteers and took pictures with excited fans.

"He probably does a lot of media stuff, but I think this one is personal," says Julie Forsyth, Director of Operations with Partners for World Health. "These supplies are going to is hometown."

Fall says he still has a lot of family in Senegal, including his mother. He says ending help to people he knows makes him feel closer to home.

The Red Claws' season starts on Saturday, November 9 when the team travels to Delaware to face the Blue Coats. Maine's home opener is on Friday, November 15 at the Expo.

RELATED: No NBA team has a bigger reason to celebrate National Taco Day than the Celtics