LYON, France — U.S. Women's soccer superstar Kelley O'Hara is getting props online after coming to the rescue of a US flag that fell to the ground after the team won its second-straight World Cup championship.

The U.S. won the Women's World Cup for the fourth time after beating the Netherlands 2-0 on Sunday night during the Dutch women's team's first appearance at a World Cup Final.

But while the team was celebrating their historic win, the flag teammate Allie Long was holding fell to the ground.

O'Hara didn't skip a beat and swooped in to scoop up the flag, earning her props online.

But that wasn't the only moment to grab folks' attention online. O'Hara lit up social media with her post-game kiss with her girlfriend.

The celebrating continued into the locker room, where photos showed her downing a beer while holding the championship trophy - to the delight of fans.

O’Hara, a native of Fayetteville, Georgia, has started almost every game for the U.S. team. She has been an unsung hero for the Americans, and earned plaudits for her smart, physical play and tough defensive work. Her personality is also a hallmark of the swaggering U.S. team.

“We have such a deep team and we have people who are able to get the job done, no matter what,” she told the Associated Press after the semifinal victory over England. “That’s one of the coolest parts about this team. We really do top to bottom have such a strong team.”

O’Hara went to Star’s Mill High School in Fayetteville, and played for youth clubs in Peachtree City before she went to Stanford University in California. She currently plays professionally for Utah Royals FC.

Jonathan Raymond and the Associated Press contributed to this report. 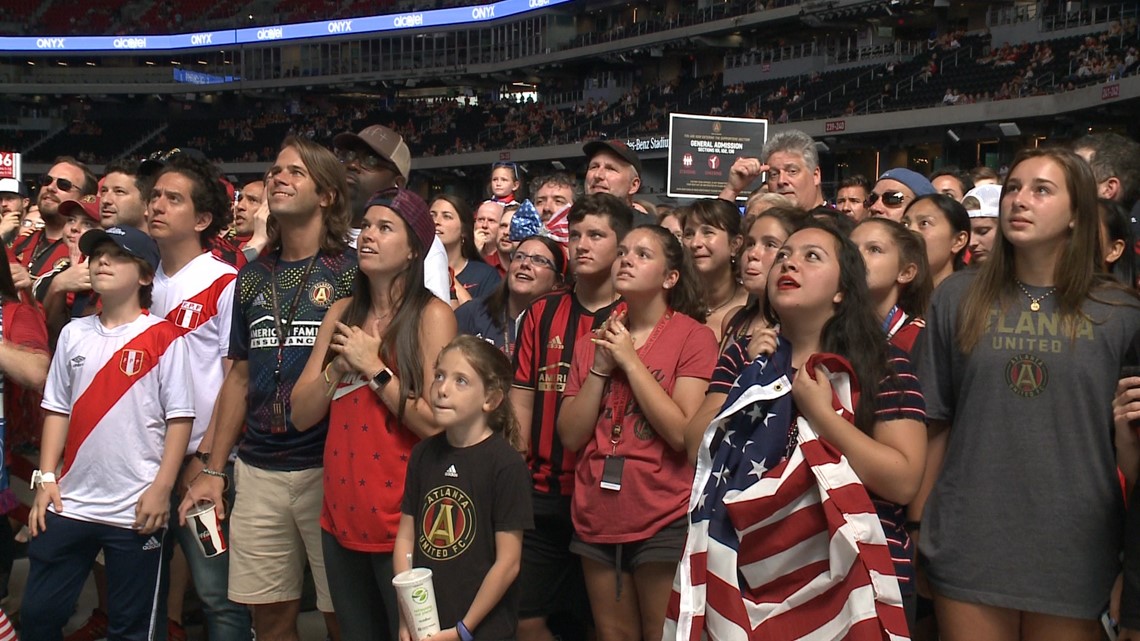 Shot dead after a hit and run: A witness accused of murder; the victim may have been in diabetic shock

The 10-year-old was starved to death and then burned. The trial begins today.

Lives cut short: A student-athlete with a promising future. A registered nurse and expectant mother.